Last October, the anti-LGBT hate group World Congress of Families (WCF) held its ninth international congress in Salt Lake City, a gathering that attracts thousands of anti-LGBT and anti-abortion speakers and activists from around the globe.

The gathering traditionally functions as a key site of right-wing strategy development to curtail or roll back LGBT equality gains and restrict or deny women access to abortion and related healthcare, attracting religious and political leaders. Six months later, WCF will hold its tenth congress in Tbilisi, Georgia, beginning Sunday, a date close to the anniversary of a violent 2013 mob attack on an anti-homophobia rally in the city, which occurred on May 17 which is often commemorated as the International Day Against Homophobia, Transphobia, and Biphobia. Thousands of anti-LGBT protestors led by Orthodox priests broke through a police cordon and pursued gay rights supporters, injuring at least twenty-eight people.

This year’s theme for the congress is “Civilization at the Crossroads: The Natural Family as The Bulwark of Freedom and Human Values.”  The conference, the website claims, “will help the international pro-family movement to establish a beachhead in the region,” because one reason “sexual radicals” have targeted these countries, the site continues, “is to demonstrate their ability to overcome traditional cultures and compel people who cling to normative values to bend to their will.”

The “natural” family is defined as one man in a lifelong marriage with one woman and their children and, according to WCF, it is “the fundamental unit of society,” and “the basis of all healthy and progressive civilizations.” WCF’s Eventbrite page for the conference notes that this construction of the “natural” family “precludes incompatible constructs of the family as well as incompatible behaviors among its members.” There is no room in society for family structures other than that, according to this view.

The Tbilisi setting may also tie into a focus on support for Putin’s Russia and the Orthodox Church, held up as defenders of so-called “Christian civilization” against a secular and corrupt West. Having the congress in Tbilisi will have a “profound impact on family policy throughout Eastern Europe, the Caucuses, the Balkans, and the former Soviet Union,” the event’s website claims.

The host of WCF-Tbilisi is Levan Vasadze, an Emory University graduate who went into business and is now chair of his own private equity house, Prometheus Capital Partners, which focuses on investments in the countries of the former Soviet Union. According to a Georgian-based journalist, Vasadze is alleged to have helped organize the attack on the 2013 march, the results of which further marginalized Georgia’s nascent LGBT rights movement.

WCF has managed to procure the blessing of Patriarch Ilia II, head of the Georgian Orthodox Church, who is also slated to give the keynote address. The Patriarch has referred to homosexuality as an “anomaly and disease.”

The conference has already garnered a bit of press because WCF will be presenting the “Family and Democracy” Award to former president George W. Bush. In a WCF news release issued on Friday, Bush commended WCF and will send an official welcome message which states, in part, “As one of the pillars of civilization and the bulwark of liberty, families must remain strong and we must defend them,” the greeting states. “I commend your efforts to recognize the importance of families in building nations.” This isn’t the first time Bush has provided a greeting for the WCF. The first time was in 2004, when the congress convened in Mexico City.

Though Bush will not be present, the congress still has plenty of other speakers –– a showcase of right-wing “culture warriors” from around the world, many of whom spoke at the Salt Lake City gathering.

Brian Brown, president of the National Organization for Marriage, which is a co-convener of the conference. Brown, who has battled same-sex marriage in the U.S. and France, also supports anti-LGBT legislation in Russia. He addressed a committee of the Russian Duma in 2013 about the dangers of same-sex couples adopting children, and spent time in France working with Manif Pour Tous in a fight over legalizing same-sex marriage.

Paul Diamond, counsel, Christian Legal Centre (UK). Diamond has falsely claimed that the harmful pseudoscientific practice of  “ex-gay” (or reparative) therapy “has a high success rate, and there’s no evidence of any harm.” In a speech he gave to virulently anti-LGBT hate group Mass Resistance, Diamond warned listeners about the “homosexual agenda,” and its “harmful truths.” In another instance, he claimed that hate crimes laws are being used to persecute those who speak out regarding homosexuality, an “aberrant lifestyle.” 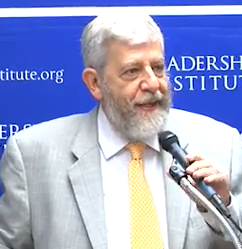 Don Feder, WCF coalitions director, also sits on the board of advisors of the anti-immigrant hate group Federation for American Immigration Reform, which was founded by white nationalist John Tanton. Feder, who has a long history against LGBT rights, has also been a strong promoter of the idea of a “demographic winter,” a claim riddled with conspiracy theories in which the human species is doomed because birthrates are falling, particularly in European countries. Abortion, birth control, homosexuality, feminism and other perceived “unnatural” deviations from the “natural family” have led to this crisis, proponents like Feder argue. More recently, he opposed the addition of Harriet Tubman to the $20 bill because “American history was made by white males, who were overwhelmingly Christian.” Feder has also called for “Islam control” that would include the FBI staking out every mosque in the country and imposing a religious test on potential refugees in which Christians would be allowed into the country while Muslims would not.

Larry Jacobs, manager of WCF. Jacobs has supported Russia’s anti-LGBT laws, calling the ban on “homosexual propaganda” and gay pride demonstrates a “great idea. He hailed Russian officials for “preventing [gays] from corrupting children" and called Russians the “Christian saviors to the world.”

Marion Maréchal-Le Pen, member, French parliament. Maréchal-Le Pen is the youngest MP in French history, elected in 2012 as a representative of the French far right party Front National at the age of 22. She is the niece of Marine Le Pen and the granddaughter of the Front National’s founder, Jean-Marie Le Pen. She is more a hardline social conservative than her aunt and was a key figure in France’s raucous and sometimes violent protests against same-sex marriage in 2013, leading one Paris procession at which Nick Griffin, then head of the neo-fascist British National Party, was present. She is also working to end state subsidies for family planning and has expressed anti-Muslim views, saying in November 2015 that Muslims could be French “if they follow customs and a lifestyle that has been shaped by Greek and roman influence and sixteen centuries of Christianity.”

Alexey Komov, WCF representative in Russia. Komov also heads up the Russian group FamilyPolicy.ru, which WCF helped found. He is a staunch supporter of Russia’s draconian anti-LGBT laws and hosted a June 2013 meeting on anti-LGBT laws in Russia that was attended by American and French activists. Komov’s Russian group has become a prominent voice in Russia’s anti-LGBT politics and has spearheaded pushes for more legislation that further marginalize LGBT people.

Douglas Napier, senior vice president of anti-LGBT group Alliance Defending Freedom (ADF). Napier has claimed that, “every society that has embraced homosexuality, that society has not flourished and usually ends.” He has referred to homosexuality as “treacherous behavior” and said that the anti-LGBT conspiracy theory the “gay agenda” and “probably one of the greatest threats to religious liberty.” ADF is one of the co-conveners of the Tbilisi congress and, over the years, the group has advocated for the criminalization of homosexuality and worked to further marginalize transgender students in schools. 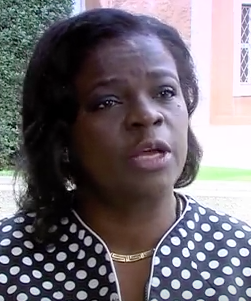 Theresa Okafor, Foundation for African Cultural Heritage. Okafor is WCF’s regional director in Africa and a leading anti-choice advocate in her native Nigeria. She was honored at the Salt Lake City gathering with a “Woman of the Year” award. Okafor supports the continued criminalization of homosexuality and abortion in Africa and has tried to link gay rights advocates to militant Islamist group Boko Haram. In 2012, she noted that many of the recent anti-abortion and anti-LGBT gains made in Nigeria were made possible because of networking coordinated by WCF.

Everett Piper, president of Oklahoma Wesleyen University. Piper has been making the rounds on the anti-LGBT circuit over the past couple of years, and delivered the final keynote address at the Salt Lake City WCF gathering, in which he blasted gay rights activists and other liberals for “ideological fascism” and claimed there is a “war against Christians” in the culture. He has also suggested that secularists and radical Islamists are working together, aided by President Obama, and publicly stated that he is proud he sought a waiver from the government for his university that would allow the school to be exempt from Title IX, which bars sex discrimination, thus allowing the school to discriminate against trans people. Piper stated that, “We refuse to comply with the misogyny endemic to the transgender agenda.”

Tbilisi isn’t the only place WCF is active this year. Some of the speakers on that roster also participated in its 2016 Caribbean regional conference, which met last April in Barbados. Brian Brown spoke on the importance of keeping marriage between one man and one woman while Don Feder led a workshop on media strategies and Theresa Okafor spoke on parental rights. Veronica Evelyn, a Barbadian sociologist who directs Proteqt Inc. in Barbados and who coordinated the event, supports the continued criminalization of homosexual sex and is trying to mobilize a national Christian response to “sexual rights issues.”

Other speakers included Focus on the Family’s Glenn Stanton and Texas-born pastor Scott Stirm, now based in Belize, who has been battling the decriminalization of homosexual sex in that country in a long-running lawsuit. Stirm heads the group Belize Action and is known for railing against the “gay lifestyle,” which is “unacceptable,” and claimed that gay tourists come to Belize to corrupt local youths. Of the lawsuit brought to repeal the law, Stirm said it was an “orchestrated plan of demonic darkness to dethrone God from our constitution and open massive gateways to demonic influences and destruction that will affect generation after generation to come.” Stirm spoke on “lessons learnt” in Belize, though the case is ongoing.

Though many of the session and workshop titles seemed relatively benign, some of the materials within had a different message. For example, one of the sessions featured a slide presentation in which one slide in particular tried to explain what keeping the anti-sodomy (buggery) law in effect is really about. Claiming that the state IS the bedroom, the slide claimed that the law is a barrier to the institutionalization of “unnatural practices” and “guards freedom of speech and “provides a warning to the young.” 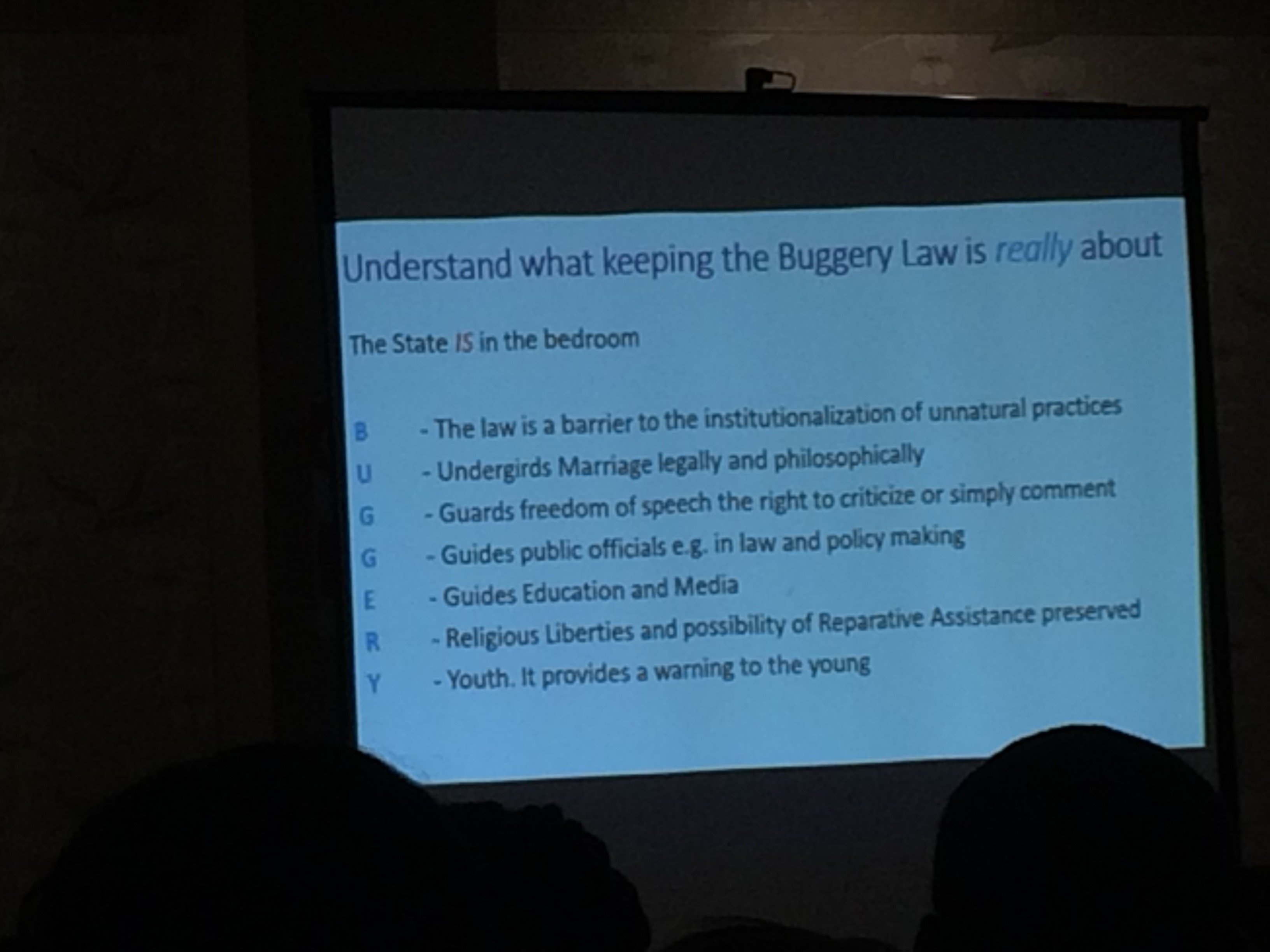 The closing presentation summed up one of the primary talking points for WCF as an organization, tailored to the Caribbean: "Under God, the Caribbean can be an example and inspiration to the rest of the world in steadfastly restoring and protecting marriage and the natural family, based on immutable biblical truths."

WCF’s next regional conference is slated for June in Salta, Argentina.