An antigovernment extremist who served as an armed guard during occupation of the Malheur National Wildlife Refuge in Oregon earlier this year has pleaded guilty.

The first of 26 defendants charged with conspiracy and other crimes in the armed takeover earlier this year of the Malheur National Wildlife Refuge in Oregon has pleaded guilty as part of a plea deal with federal prosecutors. 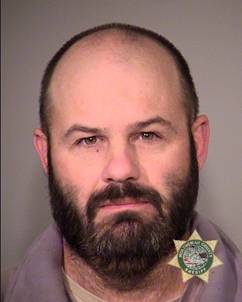 Corey Lequieu, 46, of Fallon, Nev., and his court-appointed attorney said his guilty plea came because he faced the prospect of being charged with other crimes, including for his alleged role in the Bundy family’s 2014 standoff with the Bureau of Land Management at Bunkerville, Nev. Lequieu won’t have to cooperate with federal investigators or testify against co-defendants as part of the plea agreement.

Lequieu, who acted as an armed guard at the wildlife sanctuary, left the Oregon refuge shortly after the FBI arrested Ammon Bundy and other leaders on Jan. 25.

Lequieu was arrested on Feb. 11 in Nevada and returned to Oregon where he was indicted on federal charges of conspiracy to impede federal officers at the refuge through intimidation, threats or force; possession of firearms or dangerous weapons at a federal facility, and using firearms in a violent crime. He pleaded guilty last Thursday in U.S. District Court in Portland to the conspiracy charge – 98 days after the Malheur takeover ended.

U.S. District Judge Anna J. Brown went through the elements of the federal conspiracy charge, asking Lequieu if he agreed with at least one other person to impede federal employees and block their access to the refuge while being armed, the Oregonian reported.

Asked why he wasn't going to trial, he told the judge “because I'm going to get hammered” with an additional charge of being a felon in possession of firearm if he refused to accept the plea deal.

As part of the agreement, federal prosecutors will recommend that Lequieu spend 30 months in prison, followed by three years of supervised release and make financial restitution.

Lequieu, who also waived any right to an appeal, will remain in custody until sentencing in August.

Prosecutors also agreed not to file other federal charges against Lequieu, including felon in possession of a firearm in either Oregon or Nevada, or potential charges from his purported ties to the 2014 Cliven Bundy standoff near Bunkerville, the Oregonian reported.

During an earlier court hearing, Assistant U.S. Attorney Craig Gabriel said Lequieu made “violent threats” against the U.S. Bureau of Land Management and the FBI and was allied with Cliven Bundy, claiming ties to Three Percent militias in Nevada.

In December, Lequieu turned up in Harney County, Ore., with Ammon Bundy and others who were attempting to get the county sheriff to intervene on behalf of two ranchers facing prison terms for committing arson on federal lands. A law enforcement bulletin issued at that time said Lequieu was “talking openly about killing police officers,” the Portland newspaper reported.

The federal prosecutor said the government was ready to prove that Lequieu had attended a rally in a Safeway parking lot in Burns on Jan. 2 and traveled in a convoy with Ammon Bundy and others to the refuge, where they were armed and “cleared the buildings'” on the federal property, the newspaper reported.