In a vote many have attributed to sweeping populist fears about immigration and a right-wing desire for traditionally white nations to declare themselves sovereign and self-determined, the British have voted to leave the European Union. The racist right across the Atlantic has already found great promise in the news.

In a startling move on Thursday, Britain voted to exit the European Union amid an immigration crisis that has highlighted widespread xenophobic fears driven by nationalism and a visceral contempt of liberal policies.

The final turnout had 72.2 percent of the United Kingdom casting their vote. The "Leave" vote garnered 51.9 percent voting. Already, Scotland has said it will consider divorcing itself from the UK to stay with the EU.

The American racist right, which has long entertained isolationist fantasies to protect the future of the white race, has responded with near euphoric delight.

“This is VICTORY DAY, brothers,” Andrew Anglin, editor of the anti-Semitic website Daily Stormer wrote on Friday. “Nothing can stop us now. But the fact is, brothers: nothing ever could stop us. God and nature are on our side. The stars themselves declare our ULTIMATE VICTORY over the (((forces of darkness and evil))).” (The parentheses are a new online trope used by racist trolls to single out names and things they believe are Jewish.)

The vote comes eight days after the assassination of Jo Cox, a British MP who was shot and stabbed on a Birstall sidewalk. Police have arrested Thomas Mair, who reportedly screamed “Britain First” before attacking Cox, and, when asked his name during his first court appearance last weekend, responded, “My name is death to traitors, freedom to Britain.”

As Hatewatch previously reported, Mair, 52, ordered racist literature from the National Alliance (NA), once the largest and most influential racist group in the United Sates, going back at least 20 years. NA leaders have not been silent about Britain's choice to divorce itself from the EU. 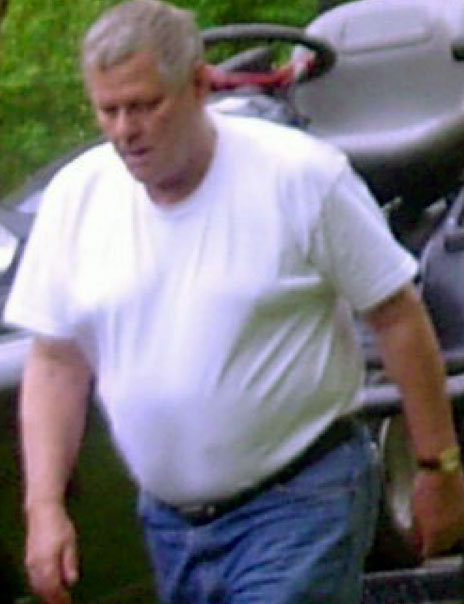 National Alliance Chairman Will Williams in 2016

“The vote by Brits to exit the European Union is encouraging for White separatists,” NA Chairman Will Williams wrote on Friday morning. “‘Brexit’ was driven by nationalism and rejection of non-White refugees flooding into Great Britain. … Responsible Whites who naturally prefer to live among their own kind will eventually vote to ‘exit’ the borderless, raceless global plantation when given the opportunity to choose ‘leave’ or ‘stay.’”

Brexit will shake the unity and diminish the strength of the anti-White political structure that now rules Europe. But it doesn’t change the fact that the enemies of our race still control the major media in America, Britain, and the entire West. It doesn’t take away a single pound or dollar from the fraudulent financial infrastructure that pours our wealth into the Jews’ coffers every day –– or take away their power to buy laws and politicians like Hillary Clinton buys pancake makeup. It doesn’t stop the implacable determination of our enemies to commit genocide against us, nor does it substantially take away the power to import millions of racial aliens into our nations –– which you may be assured they will continue to do until we have the power, the organization, and the fanatical determination needed to stop them.

It is perhaps no surprise that those who supported BREXIT are also counted as NA supporters, including some behind the UK Independence Party (UKIP), the group that advocated most vigorously for the referendum.

Andrew Lovie, a former UKIP secretary, has been a dues paying NA member for 15 years. NA transaction records show that Lovie made about a dozen purchases of NA’s racist materials, including an order for a racist first-person shooter video game called, “Ethnic Cleansing,” where the players hunts and shoots blacks and Jews. In the same order, Lovie purchased a copy of The Turner Diaries and Hunter, books authored by former NA chairman William Pierce.

Already, the vote has become an issue in the United States, where GOP presidential candidate Donald Trump has called for a ban on all Muslim immigration and, most famously, the construction of a wall on the U.S. border with Mexico.

During a press conference at his golf course in Scotland, Trump said he had suspected the BREXIT vote would pass for the same reasons his campaign has resonated with so many, including America's racist right.

“There are great similarities between what happened here and my campaign. People want to take their country back," Trump said. He continued: “I really do see a parallel between what’s happening in the Unite States and what’s happening here. People want to see borders. They don’t necessarily want people [coming] into their country they don’t know where they’re coming from.”