Brian “Booda” Cavalier, the former armed bodyguard for Nevada rancher Cliven Bundy and his son, Ammon Bundy, has pleaded guilty to federal charges related to the illegal occupation earlier this year of an Oregon wildlife refuge. 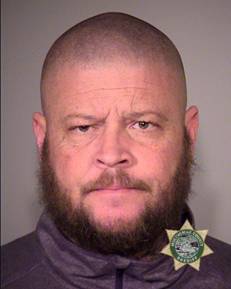 In a plea bargain to spend no more than 21 months in prison, Cavalier pleaded guilty on Wednesday in the U.S. District Court in Portland to conspiring to impede federal workers at the Malheur National Wildlife Refuge and carrying firearms at the complex. He and the Bundys still face unresolved criminal charges in Nevada related to the April 2014 armed standoff with federal agents.

Cavalier, 45, of Bunkerville, Nev., participated in a Jan. 2 antigovernment demonstration in Burns, Ore., with Ammon Bundy, then immediately joined him and other armed militia followers in the takeover of the refuge, authorities say.

Cavalier is the first member of Ammon Bundy’s inner circle of associates to admit guilt and he became the sixth of 26 defendants indicted in the Oregon case to plead guilty. He is the first to admit illegally possessing firearms at a federal facility.

A written plea agreement wasn’t filed in connection with Cavalier’s guilty pleas, so it isn’t publicly known if a condition of the plea bargain compels his testimony against codefendants if they choose to stand trial, now set for Sept. 7.

Gabriel said the government will recommend a prison sentence ranging from 15 to 21 months for Cavalier –– far below the maximum penalties of six years for the conspiracy offense and five years for possessing firearms in a federal facility.

“I was a body guard for Ammon Bundy which could have led to intimidation for any employee,” Cavalier, a tattoo artist and former ranch hand for Cliven Bundy, told U.S. District Judge Anna Brown.

When the judge asked if Cavalier's statement was a sufficient acknowledgement of his involvement, the prosecutor asked the defendant to admit that one of the purposes of the conspiracy was to intimidate federal officers from working at the refuge and that he was part of a conspiracy involving at least one other person.

“Yes, your honor, I did agree with somebody to impede,” Cavalier responded, the Portland newspaper reported.

On June 23, Wesley Kjar, another of Ammon Bundy’s bodyguards, became the fifth defendant to admit guilty, pleading to the federal conspiracy charge. As part of his plea bargain with prosecutors, federal firearms counts in a superseding indictment will be dismissed.

“I agreed to occupy the Malheur National Wildlife Refuge as part of an armed political protest against federal power,” Kjar, 32, of Salt Lake City, told the judge during his guilty plea, the Oregonian reported.

On May 19, Corey Lequieu, 46, of Fallon, Nev., became the first of the Oregon conspiracy defendants to plead guilty. He admitted he conspired with other armed occupiers and intended to impede federal employees when he went to the Malheur refuge, armed with firearms, to clear refuge buildings following the Jan. 2 demonstration in Burns.

Ammon Bundy, who led the illegal occupation, said the purpose was to protest the return to federal prison of two Harney County ranchers Steve and Dwight Hammond and federal control of public land.

In a related ruling Wednesday, the judge refused to dismiss charges in an Oregon superseding indictment as sought by defendants Ryan Payne, Ammon Bundy, Joseph O'Shaughnessy, Ryan Bundy, Peter Santilli, and Blaine Cooper. They are all defendants in a separate indictment brought in Nevada related to the standoff with federal agents in Bunkerville, Nev., on April 12, 2014.

They argued that their rights to due process and effective assistance of counsel were violated when, for 13 days in April, they were taken by deputy U.S. marshals from Portland to be arraigned in Las Vegas on the separate Nevada indictment.

“The Court finds, however, that defendants have not made any showing that their simultaneous prosecution in the District of Nevada generally nor their single, short-term trip to Nevada specifically has prejudicially interfered with their rights in this proceeding or their ability to prepare their defenses in this matter,” the judge ruled.