Micah Xavier Johnson, the man identified by police as the sniper who shot 12 law enforcement officers at a protest in Dallas last night, was a fan of black separatist hate groups monitored by the Southern Poverty Law Center. 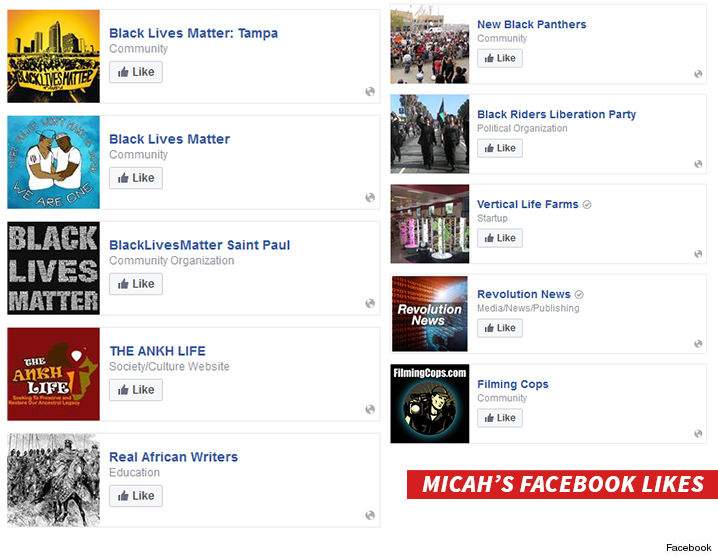 A screen grab of some of the groups Micah X. Johnson liked on Facebook.

Johnson liked on Facebook the New Black Panther Party (NBPP), the Nation of Islam and the Black Riders Liberation Party, all listed by the SPLC as hate groups.

NBPP was formed in Dallas, and its leaders have long expressed virulently anti-white and anti-Semitic opinions. Its leaders have blamed Jews for the 9/11 terrorist attacks and for the slave trade. The late former party chairman Khalid Abdul Muhammad once said, "There are no good crackers, and if you find one, kill him before he changes." A document on the NBPP website titled "The Nationalist Manifesto" claims that white men have a secret plan to commit genocide against the non-white races. It also refers to black people who condone mixed-race relationships as the "modern day Custodians [sic] of Uncle Tom's Cabin." 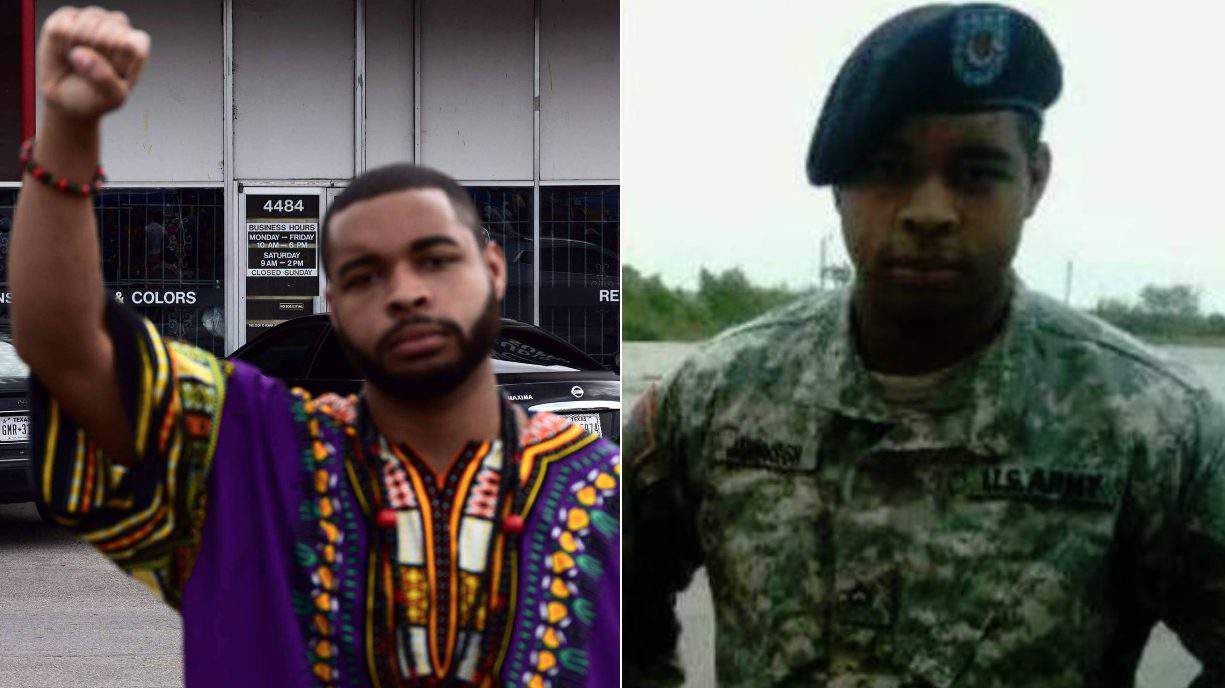 The NBPP has held inflammatory protests in the past. In 1996, the group held a protest in the death of Sean Bell. At one such protest, NBPP leader Malik Shabazz led the crowd in a chant of “Fifty Shots! Fifty Cops! Kill the pigs who kill our kids!”

Johnson, a former U.S. Army soldier, also liked the page for Elijah Mohammed, the founder of the Nation of Islam (NOI). The SPLC has listed NOI as a hate group since the late 1990s. Like the NBPP, NOI is known for virulent anti-Semitism as well as anti-white hatred.

The shooting occurred during a peaceful protest after the fatal shootings of black men in St. Paul, Minn. and Baton Rouge, La.