For the second time in less than a year, half a dozen churches in the St. Louis area have been the targets of attempted arson and what appears to be hate-related graffiti.

There have been no arrests in the latest string of arsons and vandalism, primarily carried out during hours of darkness, police say.

“Investigators believe the same suspect or group of suspects is responsible for all six cases,” a spokeswoman for the St. Louis Metro Police Department told Hatewatch today.

The graffiti seems to suggest a possible link to Black Hebrew Israelites, followers of a hate-filled religion whose black supremacist members believe they are the true Jews.

The latest hate crimes are being jointly investigated by the St. Louis Metro Police Department’s Intelligence Division, the regional Bomb & Arson Unit, along with agents of the FBI and the Bureau of Alcohol, Tobacco, Firearms & Explosives, authorities say.

The spree began either late on July 1 or the early morning hours of July 2 when someone smashed several windows at the Kennerly Temple Child Center, 4259 W. Kennerly, and scratched graffiti on a door.

On July 2, police received a report that vandalism had occurred at St. James AME Church, located at 4301 Ferdinand. There, someone threw eggs at the front of the church, broke several glass windows and carved “words in steel,” police said, without providing more detail.

On July 4, police responded to a report that an attempted arson had occurred at a building that once housed Temple Israel House, 5017 Washington Place.  Graffiti that said “America Enslaved the Israelites” was spray painted on the building and an adjoining shed, police said. 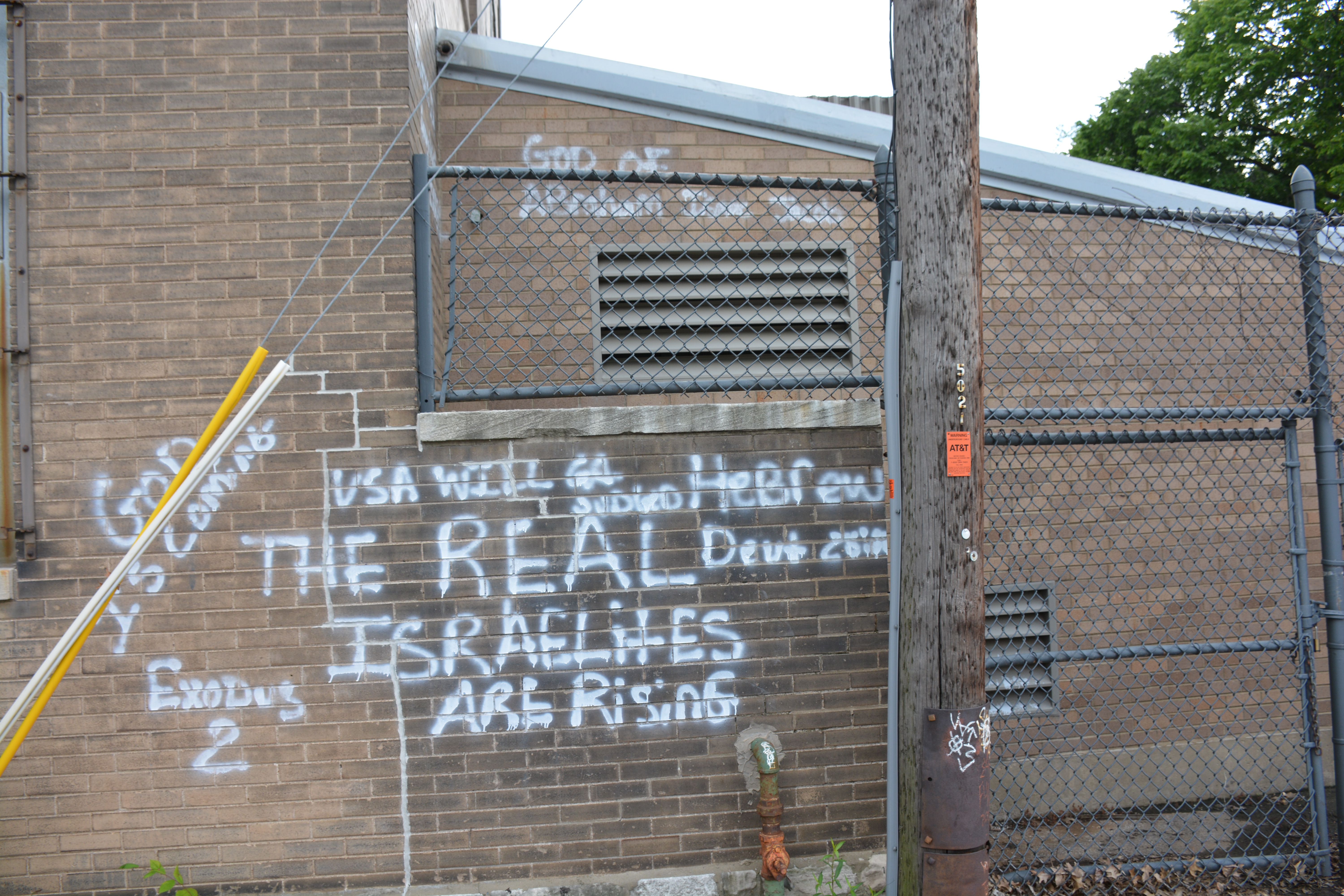 The following day, an arson fire caused “significant damage” at the Greater St. Paul Missionary Baptist Church, located at 5503 Gilmore. Police said the arsonist made a forced entry into the church and spray painted graffiti – “The Real Israelites are rising” -- on an exterior wall before setting the fire.

On July 5, a large statue of Mary was damaged and a door was spray painted at Saint Elizabeth Mother of John the Baptist Church, located at 4330 Shreve in St. Louis. The graffiti at that scene said: “True Israel is in USA” and “God will destroy for enslaving Israel.”

The Church of Christ, located at 2701 Shenandoah in St. Louis, was the target of an attempted arson and graffiti on July 6. The graffiti said: “Stop Preaching False Doctrine” and  “America is Sodom and Gomorrah.”

Last October, an arsonist was blamed for setting fires over a 10-day period at six other churches in North St. Louis. Within days, David Lopez Jackson, 35, of St. Louis, was arrested and charged with two felony arson charges related to the church fires and attempting to burn a family member's home in Jennings, Mo.  He remains in custody, awaiting trial, authorities say.