Four months after he was filmed shoving a black protester at a rally for Donald Trump in Louisville, white nationalist Matthew Heimbach and two others face criminal charges. 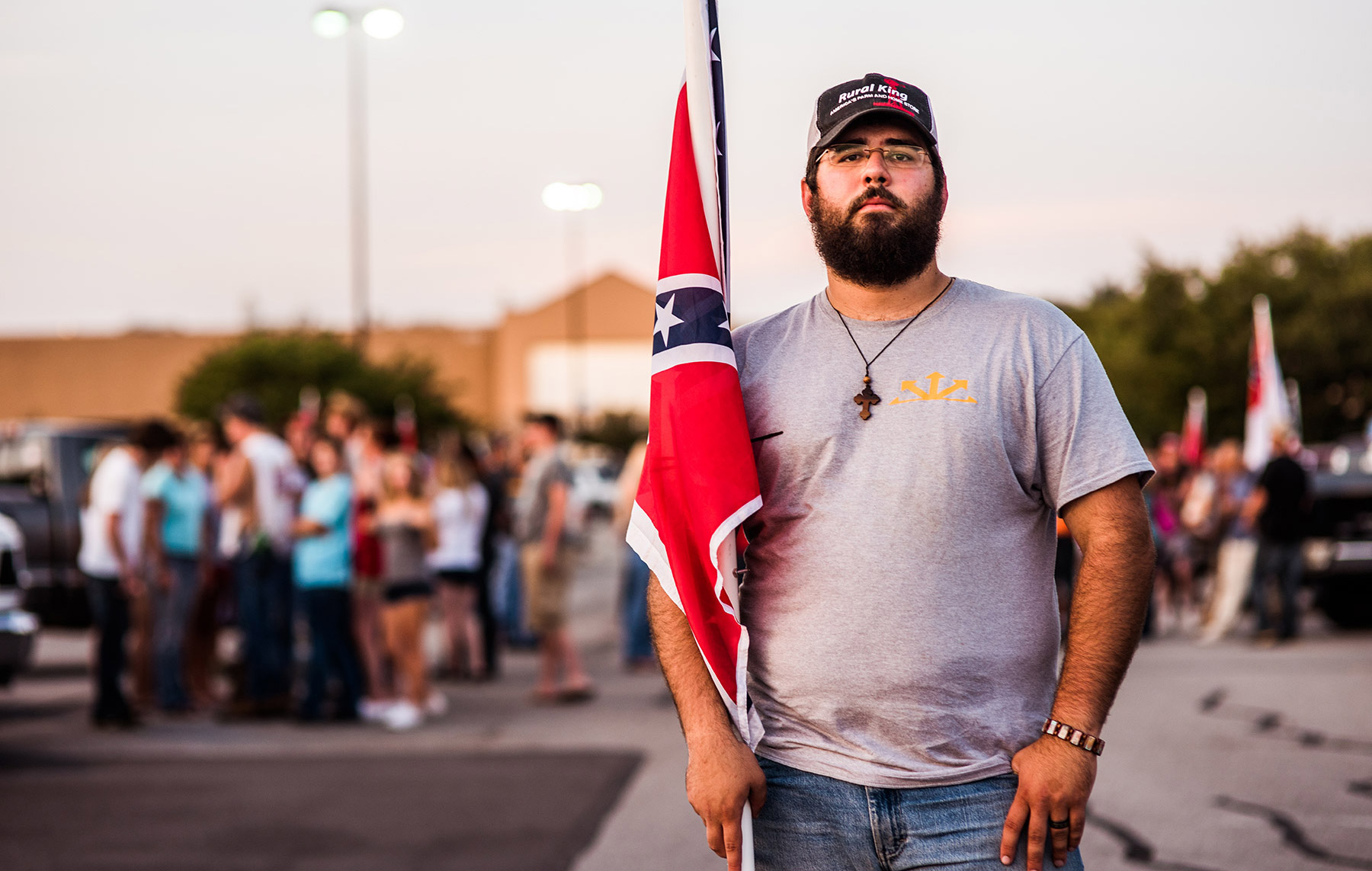 Matthew Heimbach, the white nationalist who was filmed shouting at and shoving a protestor at a Trump rally in Louisville last march, has been charged.

Criminal summonses have been issued for Heimbach and two other men: Alvin Bamberger, a 75-year-old Ohio resident, and Joseph Pryor of Indiana. The three men have been charged with harassment with physical contact, Louisville Metro Police spokeswoman Alicia Smiley told WDRB.

The charges stem from a March rally for Trump. Heimbach, Bamberger and Pryor were filmed violently shoving and screaming what appeared to be racial epithets at Shiya Nwanguma, a University of Louisville student.

Nwanguma claims she was carrying a sign depicting Trump’s face on the body of a pig.

After the event, four other protesters filed criminal complaints with police in Louisville, but prosecutors declined to press charges. Nwanguama also filed a lawsuit against the men and Trump on March 31 alleging that Heimbach and Bamberger both shoved and struck her after Trump stopped his speech and told supporters to “get ‘em out of here."

Heimbach is head of the Traditionalist Youth Network (TYN) and the Traditionalist Worker Party (TWP), white nationalist organizations that advocate for racially-determined "ethnostates" and have begun pushing race-conscious candidates in local and regional political races while cloaking their ideology in claims of "traditionalism." The group was at the center of a violent skirmish last month between TWP and antifascist protesters that left seven people suffering from stab wounds.

When Heimbach learned of criminal charges pending against him when contacted by Hatewatch early Thursday, he reacted initially with surprise, but soon turned to defiance.

“This is clearly a political prosecution, and it’s a miscarriage of justice,” Heimbach said. "I'm not surprised we have a biased system that favors violent and radical leftists instead of holding up justice for everyone."

In a letter to the Korean War Veterans’ Association, Bamburger was considerably more apologetic. "Trump kept saying ‘get them out get them out’ and people in the crowd began pushing and shoving the protester," Bamberger wrote. “I physically pushed a young woman down the aisle toward the exit, an action I sincerely regret."