Hate crime and first-degree murder charges were filed Tuesday against a Tulsa man accused of killing his neighbor after months of racially-charged animus directed at the victim and his Lebanese-American family.

Stanley Vernon Majors, 61, is charged with fatally shooting Khalid Jabara, a 37-year Lebanese-American, on Aug. 12 on the front porch of the victim’s home in Tulsa.

The shooting occurred three months after Majors was released from jail on charges alleging he had used a vehicle last September to assault Jabara’s mother, Haifa Jabara, who is recovering from serious injuries.  She obtained a protective order in 2013 against Majors, alleging he had called the family “dirty Lebanese” and other ethnic slurs and was “very racist towards foreigners and blacks.” 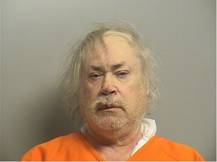 Majors also was charged with malicious intimidation and harassment – the Oklahoma hate crime statute -- and threatening a violent act, both misdemeanors under the state’s law.

The hate crime charge alleges that between July 1, 2013, and Aug. 12 Major “unlawfully, maliciously, willfully, wrongfully and intentionally, and without justifiable or excusable cause, by maliciously and with specific intent to intimidate and harass because of race, color, religion, ancestry and national origin,” threatened to harm Khalid Jabara’s mother, Haifa Jabara, and her family, including Khalid, the Tulsa World reported in today’s editions.

“Under Oklahoma law a person is presumed innocent until a judge or jury determines otherwise. The death of Khalid Jabara is tragic and our sympathies are with his family,” District Attorney Steve Kunzweiler said in a statement after the charges were filed, the newspaper reported.

The Jabaras, through a family spokeswoman, released a statement to Hatewatch, saying they were “heartened” by the filing of the criminal charges, including the hate crime count. 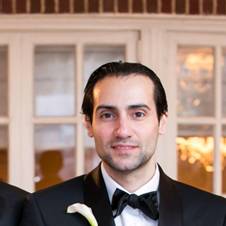 “We are encouraged that the government is marshaling the full weight of law to respond appropriately to the heinous crime inflicted upon us,” the family statement said.

“In charging Majors with a hate crime in addition to first-degree murder, the district attorney's office is making a much-needed and powerful statement that hatred and violence based on race, color, religion, ancestry, and national origin has no place in our society,” the family statement said.

“It is an appropriate moment in our local and national conversation for a reassertion of the foundational and quintessentially American values of equality and tolerance,” the statement said.

The family members said their “anguish is compounded” because for years they had pursued legal avenues to protect themselves from a racist individual they viewed as a “constant threat of potential violence.”

But existing legal mechanisms “proved insufficient to protect our beloved Khalid and our mother. We will therefore continue to not only advocate for justice for Khalid, but also to call for reform of the law enforcement and justice systems …” the family statement said.