Charles A. Weisman, a prolific author and publisher of materials about the anti-Semitic theology known as Christian Identity, died on Oct. 8, according to an announcement made by fellow Identity minister Ted R. Weiland.

Weisman, who was in his early 60s, had run Weisman Publications from the suburbs of Minneapolis, Minn., since the late 1980s. A self-described scholar, his website offered over 90 titles, more than 20 of them written by him, including such volumes as Antichrists in the Land, Sodomites On Trial and Race, Intelligence and Culture. Many of the other tracts sold on his site — including the notorious anti-Semitic forgery, The Protocols of the Learned Elders of Zion — include explanatory notes and introductions written by Weisman.

“I do research about anything where the truth and the facts aren't readily known or have been distorted," Weisman told City Pages of Minneapolis in a May 2015 interview. "My beliefs are grounded in the truths I've found out in my study, my research. Most people don't think for themselves. They listen to the government. They listen to some media." 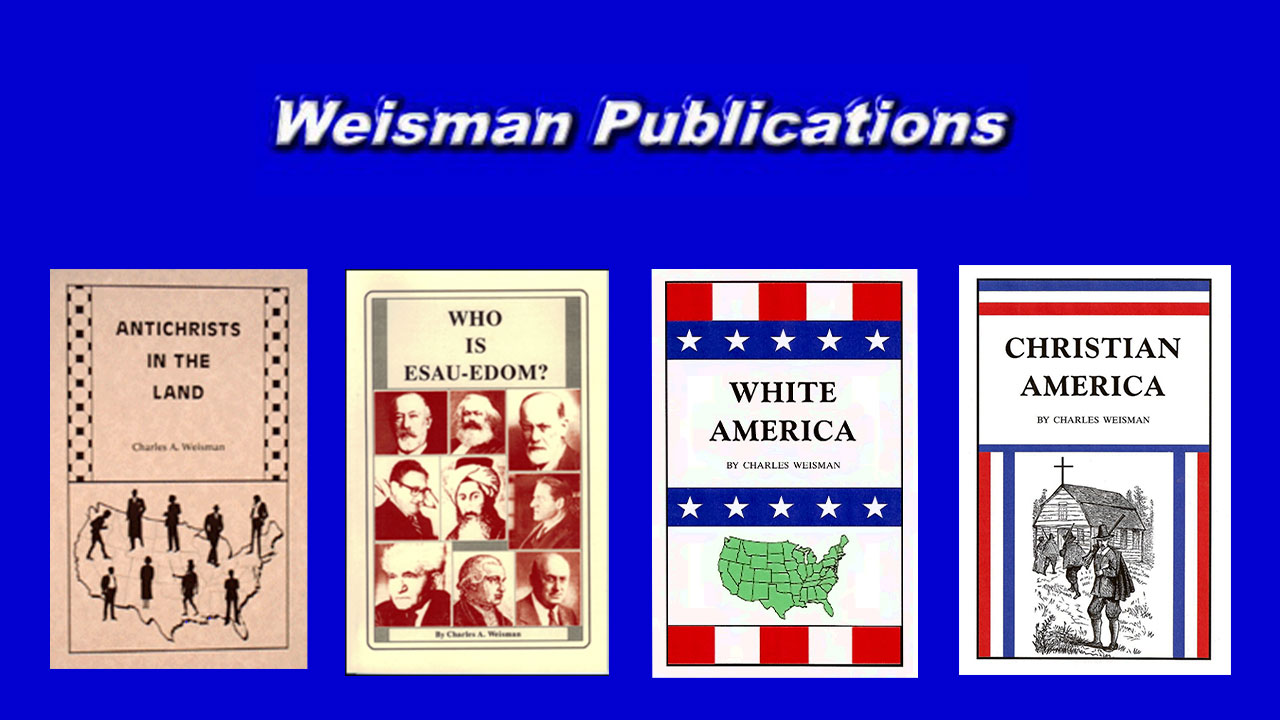 A selection of pamphlets from Weisman Publications.

"The biggest farce in the world [is that Jews are] God's chosen people."

That last reference underlines Weisman’s main preoccupation as an author and publisher: the bizarre theology of Christian Identity.

Identity evolved out of British Israelism, a 19th century movement in the United Kingdom that posited that Anglo-Saxons were the descendants of the 10 lost Hebrew tribes of the Old Testament. British adherents believed, in other words, that they were the long-lost brothers of the Jews, who descended from the other two Hebrew tribes described in the Bible. The theology was essentially philo-Semitic.

But that changed in the hands of American racists, who by the 1940s and ’50s had concluded that contemporary Jews were not descendants of the biblical Hebrews at all, and that they were lying when describing themselves as the chosen people. The Southern Poverty Law Center described the process some years ago:

By degrees, Jews were stripped of their Biblical roots. At first, the two southern tribes (the "House of Judah") were accused of having intermarried with heathens, thus defiling themselves and God's law. Then they were turned into descendants of savage Khazar tribes, having nothing to do with the original 12 tribes.

Eventually, the doctrine that Jews were actually direct descendants of Satan, having been born to the Serpent and Eve in the Garden of Eden, became the theology known as Christian Identity.

That version of Identity, known as “two seed” or “seedline” doctrine, eventually became controversial within the Identity movement, with Weisman arguing against it in a pamphlet still sold on his website. Essentially, Weisman and others on his side of the argument asserted that Jews were not literally descended from Satan, but had been cursed by God. 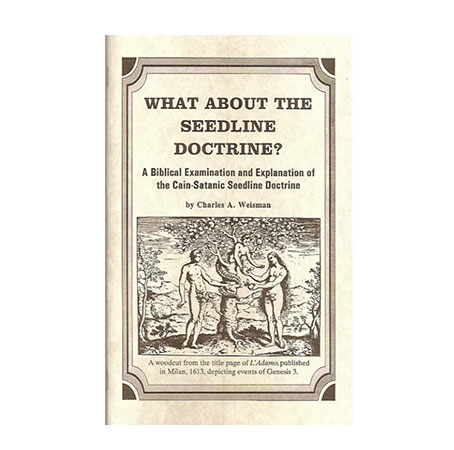 Still, the broader Identity movement, including Weisman, held that Anglo-Saxon-Celtic peoples (whites) are God's real "chosen people”, descended from Adam and Eve, and thus a superior race. Most Identity adherents also believe that people of color are not people at all, but rather soul-less creatures created by God along with the other “beasts of the earth.”

Another prominent Identity minister of Weisman’s generation was Pete Peters, the virulently anti-gay and anti-Semitic pastor whose Colorado church was attended by members of The Order. That far-right terrorist group, also known as the Silent Brotherhood, was responsible for robbing more than $4 million from armored cars and assassinating anti-racist Jewish radio host Alan Berg in 1984.

Peters was also known for organizing Bible retreats, most infamously a 1992 meeting in Estes Park, Colo., convened in response to the federal siege of Randy Weaver’s Ruby Ridge, Idaho, cabin. The so-called Gathering of Christian Men, which was attended by prominent KKK and other white supremacist leaders, was instrumental in launching the militia movement of the 1990s.

Video from a 2001 retreat shows Weisman participating in a skit with Peters and other members of his church. Peters died in 2011.

Weisman, a tall, lanky man with a strong Minnesotan accent, is captured in handful of pre-digital videos uploaded to YouTube where he lectures on many of the same issues he wrote about. In one, he describes as “satanic” the forces aligned against him and other Identity adherents — including the Anti-Defamation League, a Jewish human rights organization, and even mainstream evangelical Christians who view Jews as biblical allies.

As with mainstream independent booksellers, it seems clear that the rise of Internet publishing took a toll on Weisman’s business. Many of the titles he sold have been reproduced on conspiracy and racist sites. "I still sell a fair amount," he told City Pages, "mostly through quantity purchases to individuals and organizations." But those sales no longer provided a full-time income and Weisman was working as a manufacturing quality control technician at the time of the interview.

Asked about Weisman’s life and work, Weiland said in an email to Hatewatch that Weisman was very reclusive and that he didn’t know him very well. “I don’t know that anyone did,” he said.

With Weisman’s passing, the Identity movement has lost one of its most committed propagandists, a true-believing loner whose publishing operation hung on for close to three decades. And his death mirrors the decline in the strength of Identity on the radical right. For years, the theology was prominent among neo-Nazi and Klan groups in America. But its byzantine theology is apparently too convoluted to appeal to most young racists, who are increasingly adopting other religions.

Weisman’s website, seek-info.com, is still the same basic html and image site that the Internet Archive captured in 1997. A status bar on the website today said that the site was last updated in April.