With a climactic ending, seven leaders behind the occupation of federal wildlife buildings in Oregon have been acquitted.

The leaders who organized an occupation of the Malheur National Wildlife Refuge in Oregon last January –– an effort they claimed was designed to draw attention to the federal government’s mismanagement of public lands –– were acquitted on Thursday. 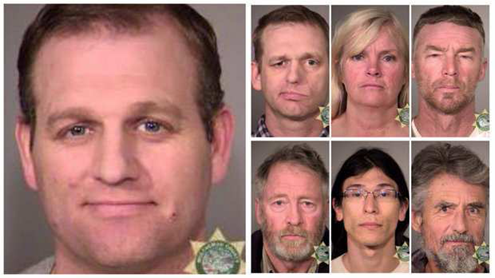 Occupation leaders Ammon and brother Ryan Bundy, along with five others –– Shawna Cox, Kenneth Medenbach, Jeff Banta, David Fry and Neil Wampler –– were charged with conspiring to impede federal workers from their jobs after taking over refuge buildings on Jan. 2.

The occupation, which lasted 41 days and ended with one of the occupiers killed after he charged a police road block, came nearly two years after Ammon and Ryan Bundy, with their father Cliven Bundy, engaged in an armed standoff with Bureau of Land Management agents in Bunkerville, Nev.

The standoff was the result of a U.S. District Court judge ordering the Bundy family’s cattle confiscated as payment for more than $1 million in past grazing fees and fines.

The Seattle Times reported a “chaotic and dramatic end” to the Oregon trial, punctuated by Ammon Bundy’s attorney Marcus Mumford arguing that his client should be released from confinement. U.S. District Court Judge Anna Brown said he must be returned to the custody of federal marshals since he still faced charges in Nevada. That trial is expected to begin next year.

A total of 26 people were charged in connection with the occupation, with 11 pleading guilty and others facing trial next year.