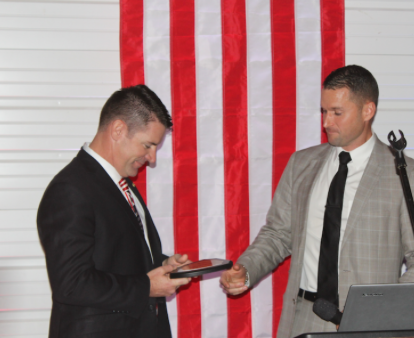 The event took place at the Sequoyah County Fairgrounds in Sallisaw. It caps an anti-Muslim week in Oklahoma in which CSP’s director, Frank Gaffney, along with other anti-Muslim figures, testified before the Oklahoma State Judiciary Committee on Tuesday, at Bennett’s invitation.

Bennett, who has been in office since 2010, is a staunch ally of the anti-Muslim movement and has a history of denigrating Islam. In a 2014 speech to constituents, he called Islam a “cancer that needs to be cut out” and also stated, “I’ve read the Quran, the Hadiths, the Suras. 90% of it is violence.” Later in the speech he said, “Is there a difference between moderate and radical Islam? I say no.”

Bennett has worked closely with CSP in the past, despite the think tank’s long history of anti-Muslim bigotry. In 2013, Clare Lopez, CSP’s Vice President for Research and Analysis, stated in a speech before the Central New Jersey chapter of the American Jewish Committee that, “When people in other bona fide religions follow their doctrines they become better people — Buddhists, Hindus, Christians, Jews. When Muslims follow their doctrine, they become jihadists.”

In a 2015 example, Gaffney stated at the Western Conservative Summit in Denver, Colorado that, “I don’t know about you, but it kind of creeps me out that they are getting jobs in the food supply of the United States.” He was referring to Somali refugees working in meat-packing plants.

Bennett’s relationship with CSP goes back a few years. In 2013 Lopez and Gaffney participated in law enforcement training titled, "Iran, Hezbollah and the Drug Cartels: Counterterrorism Considerations," which was organized by Bennett’s “Legislative Counterterrorism Caucus,” established in 2013. A year later, in 2014, Bennett “co-organized a virtual town hall meeting on terrorism featuring Gaffney,” according to the Center for New Community, a watchdog organization that monitors nativist extremism.

Last week, Bennett presided over an Oklahoma state House interim study on Radical Islam that featured Gaffney, who joined via Skype, and a litany of other anti-Muslim extremists.

The gathering was to hear “evidence” with regard to a plethora of anti-Muslim conspiracy theories that may influence a state-approved study to examine the “current threat posed by radical Islam and the effect that Shariah Law, the Muslim Brotherhood and jihadist indoctrination have in the radicalization process in Oklahoma and America.” Bennett told those in attendance that he would be drafting legislation to kick these “terrorist organizations out of the state of Oklahoma…” and claimed that the Council on American-Islamic Relations, Oklahoma (CAIR-OK) is funding Hamas and the Muslim Brotherhood, conspiracy theories that have swirled for years.

Among the participants Bennett invited were John Guandolo, who left the FBI in disgrace after admitting to having affairs with female agents as well as a confidential informant he was assigned to protect during the corruption case of former U.S. representative William Jefferson (D-La.).

Guandolo’s coworker, Chris Gaubatz, was also invited to give testimony. Both men somehow manage to be called in to train law enforcement around the country, during which they peddle conspiracy theories about the “threat” that “radical Islam” poses. 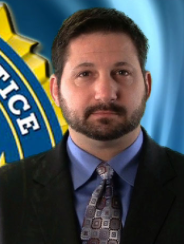 Guandolo recently compared Muslim advocacy group the Council on American Islamic Relations (CAIR) to ISIS, stating, “Suit-wearing jihadists are no less dangerous than ISIS soldiers on the battlefield.” In June he even attacked the Black Lives Matter movement on a radio show stating that Americans would soon see “dozens of jihadis doing multiple operations in conjunction with the Marxist and socialist groups like Black Lives Matter, which will be, you know, burning and looting cities like they did in Ferguson [Mo.] and Baltimore.”

Gaubatz, meanwhile, recently testified at a Senate hearing at the invitation of Republican senator and former presidential candidate Ted Cruz, where he accused two Muslim members of Congress, Keith Ellison (D-Minn.) and André Carson (D-Ind.) of attending an event organized by the Muslim Brotherhood. In fact, the event was the 2008 Islamic Society of North America conference.

A fourth participant at Bennett’s event was “ex-terrorist” Kamal Saleem, who also pushes anti-Muslim conspiracy theories. Among Saleem’s many claims are that President Obama is attempting to implement Shariah law and in 20 years, the U.S. will be a country of lost liberty; that radical Muslims are set to penetrate every level of American society; that immigrants crossing into this country include terrorists waiting for amnesty; and that Obama is a Muslim. Saleem claims that the latter is true because, he says, when Obama participates in the Pledge of Allegiance, he’s not really pledging but rather is actually engaged in a Muslim prayer.

The anti-Muslim award isn’t the only one Bennett has received recently. He was also granted the “Patriot Legislator Award” last week from the Oklahoma Second Amendment Association, an award given “in recognition of the legislator who aggressively defends the God-given right of the individual to self-preservation and actively supports and defends the Second Amendment right to keep and bear arms.”

A few days later, Bennett posted on Facebook that presidential candidate Hillary Clinton deserves a “firing squad” but he claimed to the media that the comment was “sarcasm” and had nothing to do with violence.