For the first time, Peter Brimelow's white nationalist hate website VDARE is making a move into the real world with a conference planned this spring in California.

Editors' Note: After publishing this piece on Monday, Hatewatch was notified by the Tenaya Lodge that it had subsequently cancelled VDARE's reservation for the conference. "Unfortunately, at the time of booking we did not realize this group has values that are in conflict with our embracement of diversity among our employees and guests, including people of different cultures, lifestyles, creeds, nationalities, races and ages," a statement provided from the lodge read.

The white nationalist online publication VDARE is planning its first ever national conference in Yosemite, California, promising a lineup of speakers including a former congressman, a Jewish conspiracy theorist and champion of eugenics.

The conference presents a noticeable shift away from the organization’s strategy of using the Internet to propagate racism toward one of real-world activism –– a shift echoed by other white nationalist groups like Richard Spencer's National Policy Institute and fueled by a sentiment widespread on the far-right that President Trump’s election offered a legitimizing win for white nationalism. 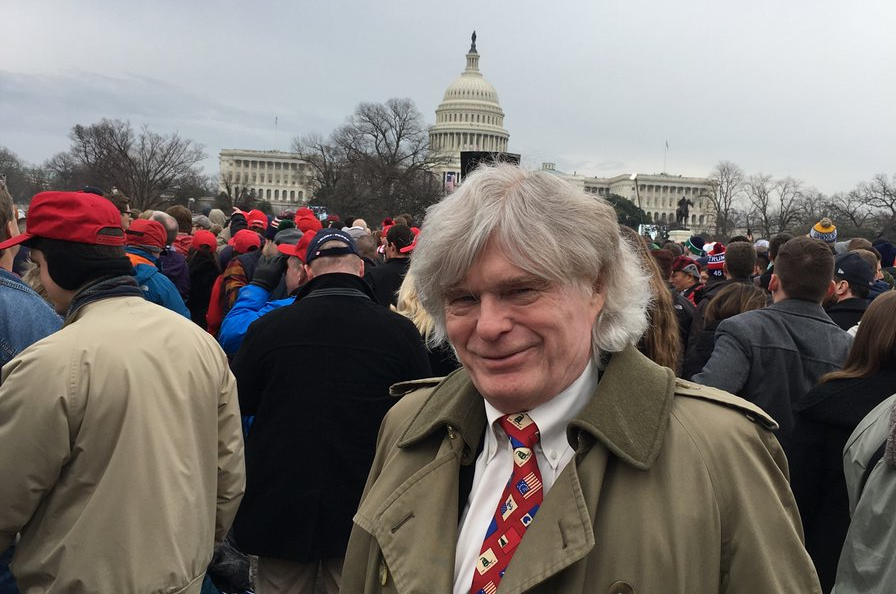 Founded in 1999 by Peter Brimelow, VDARE is a anti-immigrant hate website “dedicated to preserving our historical unity as Americans into the 21st Century.” It is named after Virginia Dare, said to be the first English child born in the New World in 1587.

The three-day conference will begin on March 31 at the Tenaya Lodge in California’s Yosemite National Park. Advertised speakers include:

• Jared Taylor, a VDARE contributor, eugenicist and founder of the online publication American Renaissance. During his group’s 2015 national conference, he told attendees: “There is a difference in intelligence and temperament for biological reasons between the races.” It is a theme he has echoed more recently during an “Alt-Right” press conference organized last fall by Richard Spencer. “There is a substantial genetic contribution to differences in IQ” between whites and non-whites,” Taylor said at that event.

• John Derbyshire, a VDARE contributor. Derbyshire’s antipathy towards multi-racial societies stem from anti-Semitic Jewish conspiracy theories. “Jewish elites in the media, arts, show business and the intelligencia have immensely disproportionate influence" in U.S. immigration policy,” he said during the American Renaissance 2015 conference. Derbyshire joined VDARE after he was fired by the National Review in 2012 following the publication of his article, “The Talk: Nonblack Version.” “A small cohort of blacks –– in my experience, around five percent –– is ferociously hostile to whites and will go to great lengths to inconvenience or harm us,” Derbyshire wrote in the article.

• Steve Sailer, founder of the Human Biodiversity Institute, an online forum to promote eugenics. The group’s website lambastes immigration of non-whites in the United States. “America needs more immigrants from the Caucasus to bring the blessings of vibrant diversity to our boring white-bread country,” Sailer wrote in 2013.

• Former U.S. Congressman Tom Tancredo. Tancredo, who first partnered with hate groups in the late 1990s, deepened his relationships with white nationalists when he served as the honorary chairman for the now-defunct ultraconservative student group, Youth for Western Civilization (YWC). Kevin DeAnna, who founded the group, once warned against the perils of “radical multiculturalism” in a 2011 letter sent to Taylor’s subscribers. Tancredo also was an honorary chairman for the anti-immigrant group Americans Have Had Enough, whose executive director Roan Garcia-Quintana is a lifetime board member for the Council of Conservative Citizens. Like Trump, Tancredo has recommended the U.S “cut off all Muslim immigration into the country.” During his presidential campaign in 2007, he also encouraged the bombing of Muslim holy sites as an effective “deterrent” against a future terrorist attack in the United States.

• Ron Unz, a former publisher of the The American Conservative known for sponsoring English immersion education for immigrants. Unz has given grants to a number of racist writers, including Sailer, who received $100,000. “I most certainly do NOT stand behind everything said or written by everyone with whom I’m friendly, whose writings I publish, or even who have been the recipient of my financial support over the years,” Unz told by The Boston Globe last year.

• Brenda Walker, a longtime anti-immigrant crusader, VDARE contributor and writer for The Social Contract Press (TSCP). In the fall 2010 issue of TSCP, Walker infamously categorized Muslim immigrants trying to come to the United States as enemies of the nation when she said:

“Why would any sane society welcome large numbers of a historic enemy? Political correctness embraced to this degree is a suicide pact for our civilization. We are infested with an alien force that seeks, Borg-like, to assimilate us to their totalitarian system of religion and society. It is profoundly imprudent, as well as arrogant, to think our belief in our culture's superiority … will convince hostile Muslims. They want a worldwide caliphate to please Allah; nothing else matters."