An Idaho man was arraigned Tuesday on a federal hate crime charge, one day after he pled guilty in state court to first-degree murder in the 2016 kicking and beating death of a man he believed was gay. 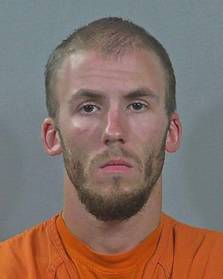 Kelly Bryan Schneider, 23, of Nampa, Idaho, was taken into federal custody after confessing to the murder charge in Canyon County 3rd District Court in Caldwell, Idaho. Robbery, theft and conspiracy charges were dropped as part of a plea agreement with prosecutors. Schneider will be sentenced on March 20.

The murder and federal hate crime charge stem from the April 29, 2016, death of Steven Nelson, 49, near Lake Lowell in southern Idaho.

Co-defendants Kevin R. Tracy, 21, of Nampa, and Daniel Henkel, 23, of Wilder, Idaho, whose trials are set in coming weeks, are scheduled to testify in Woods’ trial.

Woods, Tracy and Henkel currently aren’t charged with federal hate crimes, but those charges could come when their state charges are resolved.

The federal Matthew Shepard and James Byrd, Jr. Hate Crimes Prevention Act, enacted in 2009, makes it a federal crime to assault someone because of their race, religion, national origin, gender, sexual orientation or disability.

Tracy and Henkel are accused of hiding nearby as the attack was carried out by the other two co-defendants.

The critically injured, naked victim walked a half mile to get help, and later died at a hospital after providing sheriff’s deputies with information leading to the suspects, the newspaper reported.