The widow of Robert "LaVoy" Finicum, an antigovernment activist who was killed in the closing days of the occupation of the Malheur National Wildlife Refuge last year, promised a crowd of almost 500 gathered in Oregon on the year anniversary of his death that she would soon be filing a lawsuit against the federal government.

“They silenced one man's voice, but in doing so they created 13 more very loud voices,” Jeanette Finicum said, referring to herself and the couple’s 12 children. 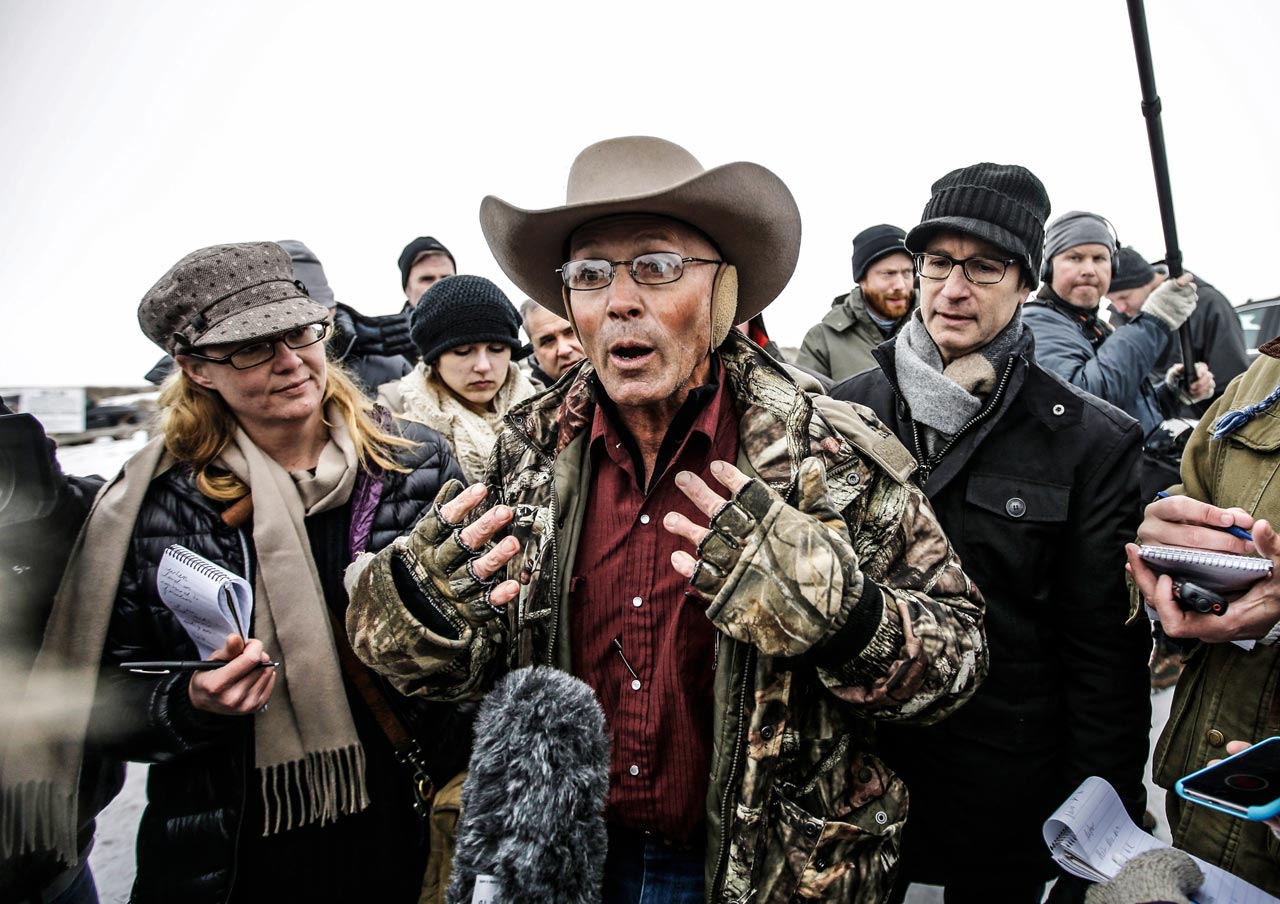 Finicum, who lived in Arizona, became a chief spokesman early last year when he joined Ammon Bundy and others in the illegal occupation of the Malheur National Wildlife Refuge near Burns, Ore. He was shot and killed on Jan. 26, 2016, when FBI agents and state troopers attempted to stop vehicles carrying Finicum, Bundy and other antigovernment extremists as they traveled from the refuge in Harney County to meet with Grant County Sheriff Glenn Palmer, who had been an outspoken supporter of the group’s efforts.

Finicum, who said she intends to sue the FBI over her husband’s death, told the John Day crowd that her late husband’s views about the federal government and its management of federal lands have now spread.

The gathering at the local fairgrounds was billed as “Finicum Family Presents – The meeting with LaVoy Finicum that never happened in Oregon.”

“Caravans of trucks with American flags and ‘Don't Tread on Me’ banners rolled into town over several days” before the gathering, the Oregonian reported, describing the event as “part memorial, part reunion and part religious revival.” But it also was a money-making event for the Finicum survivors, who have staged similar fundraisers, mostly in the West, in the past year. Admission tickets sold for $15 and $30, which included a paper plate full of spaghetti.

There also were tables of merchandise for sale, many bearing LaVoy Finicum's cattle brand. The image has become a symbol of defiance for many in the antigovernment movement. There also were black “LVF” ball caps with the slogan “It Matters How You Stand,” bumper stickers declaring “Liberty Rising” and "In God We Trust," and T-shirts with “Defend the Constitution” and “Original Intent” printed around a picture of an eagle, the Oregonian reported.

LaVoy Finicum's book, Only By Blood and Suffering, also was offered for sale.

Attendees came from Utah, Nevada, Idaho, Washington and California, the newspaper reported. Featured speakers included Bill Norton, from Gilbert, Ariz., who describes himself as an “author on the fundamental, natural law principles of liberty and the U.S. Constitution,” and far-right radio talk shows personalities KrisAnne Hall and Kate Dalley.

Those in attendance also included four of seven defendants acquitted last fall in U.S. District Court of charges related to the Malheur occupation: Jeff Banta, Shawna Cox, Kenneth Medenbach and Neil Wampler. They “slapped each other on the back and hugged each other" during the gathering, the Oregonian reported..

Cox also sold copies of her book, “Last Rancher Standing,” which purports to detail the story of Cliven Bundy, the patriarch of the Bundy family who awaits trial in Nevada on charges related to the armed confrontation with federal agents in Bunkerville, Nevada, in 2014.

Cox was a passenger in Finicum’s pickup truck last year when he refused to stop at a police roadblock before crashing into a snow bank on the way to John Day. He was fatally shot when he emerged from the truck and twice attempted to reach for a loaded 9 mm handgun he carried in his pocket.