After a year of failed efforts to build coalitions, American neo-Nazis and skinheads plan to give it another go in 2017. But ideological differences and hollowed-out betrayals between leading members have plagued the effort. 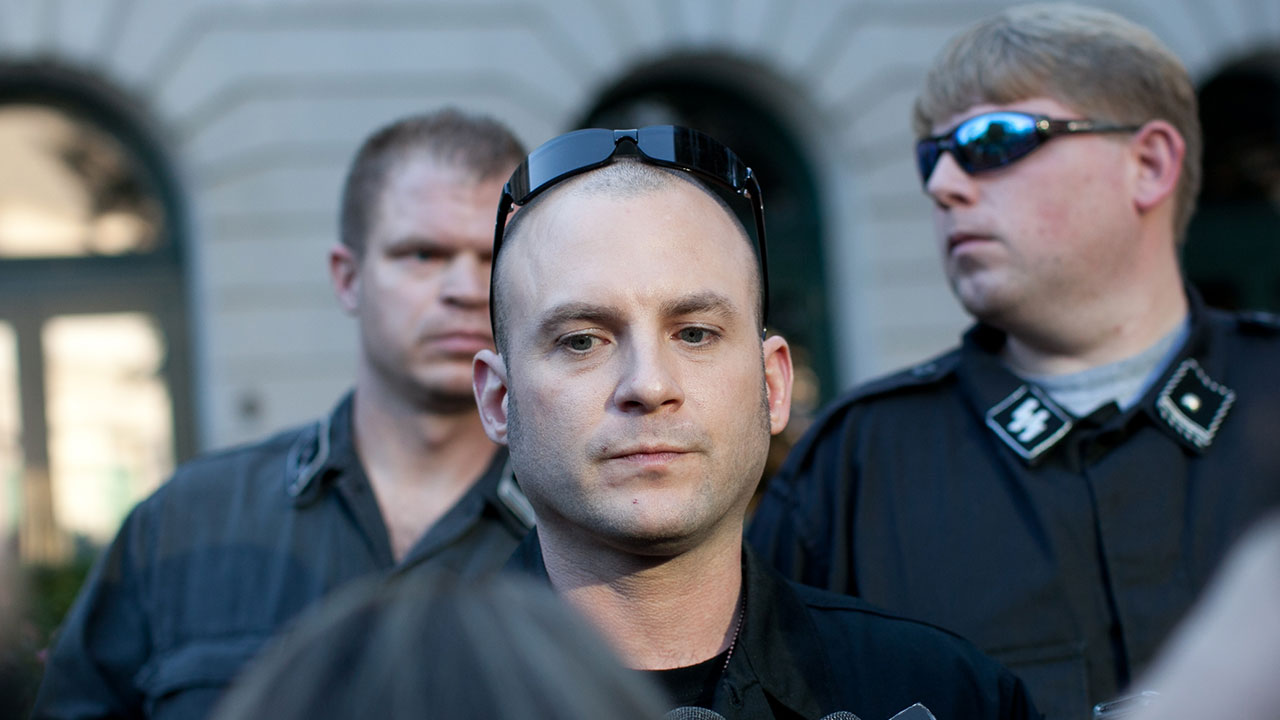 Earlier this month, Jeff Schoep, the commander of the neo-Nazi National Socialist Movement (NSM) woke to find his name on Red Watch –– a once infamous hit list of traitors to the white race.

Maintained for years by Combat 18 (C18), a neo-Nazi terror cell that operated in Great Britain and Scandinavia in the 1990s, the list now bears only a shred of its former menace. Once reserved for progressives, anti-fascist activists, communists and others who opposed C18’s Hitlerian vision for the world, it is now merely a community group on VKontakte, the Russian-based social networking site.

“Wow, unreal,” Schoep wrote in response to the post. “I would like to know what piece of shit is trying to slander my good name and efforts. While I am on the front lines of this fight for the past 25 years, fighting antifascists in the street and some coward posts this shit online, wow just wow.”

The post was shared by many, including Josh Steever, the leader of the come-one-come-all racist skinhead crew Aryan Strikeforce (ASF), who until recently was working tirelessly to form a coalition of racist groups with Schoep.

But those efforts, like so many others, were doomed.

Across the neo-Nazi movement last year, in fact, as disparate neo-Nazi factions sought to form activist blocs in an attempt to capitalize on an environment of intense racist energy due in no small part to President Donald Trump’s campaign, many groups attempted coalitions –– and failed. And so far, 2017 has seen no success on that front.

Beginning last year, groups like the Coalition of Aryan Organizations and the United Aryan Front appeared and collapsed just as quickly, yoked to the inefficacy of the ideology, hollowed-out by betrayals and plagued by infighting.

The United Aryan Front, for example, fell apart when one of its leaders, Rebecca Barnette, from Tennessee, defected to work with the Aryan National Alliance (ANA), a rival coalition rising in prominence at the time.

ANA launched in late April under the leadership of Schoep with the help of Steever and others. After the coalition held its first meeting in Salem, Ohio, in late July, Barnette was tapped to lead NSM and ASF women’s divisions.

At the time, Matthew Heimbach, the consummate gadfly of the racist right working to build his Traditionalist Worker Party, lent the group’s name to the ANA in an attempt to recruit members of other coalitions to his own political party en masse. Surprising many, Heimbach spoke at the Ohio meeting. “What I propose to you here in the United States for the ANA and other groups,” Heimbach began, “We must support the creation of an ethno-state.”

Perhaps none were more surprised, though, than the Golden State Skinheads (GSS), a California-based racist skinhead crew. Donning TWP shirts and shields, the group marched that same weekend on the grounds of the state capitol.

Seeing a like-minded audience and safety awaiting him in Ohio, Heimbach failed to turn up for his own protest after weeks of antagonizing political opponents over social media, priming the environment for conflict. And when the march came, opposition protestors with boards and flagpoles fought GSS members.

Heimbach’s professed “comrades” suffered stab wounds and bloody beatings, as did his opposition.

The conflict became a defining moment in the rise of the ANA, a coalition which peaked with a membership of 26 groups that included Schoep’s NSM, each boasting miniscule individual members, little resources and some only offering a single person to the cause. Now, only 15 member organizations fly the ANA banner—which has since been renamed.

By last October, ANA had proved itself so unstable that Schoep abandoned the name and rebranded the fledgling coalition the National Front (NF) with the help of Heimbach and his partner, Matt Parrott. (Heimbach and Parrott are more than partners, in fact. They’re family. After working together for years, Heimbach married Parrot’s daughter.)

But the confusion over where this new coalition goes from here lingers.

As if to efface its failure, Schoep and the NSM scrubbed all mention of the ANA from its April 26 news release announcing the ANA, replacing those with mentions of the NF in their place. And there remains everlasting confusion over how many groups actually belong to the alliance. Different websites associated with the NF maintain different membership lists.

What’s more, neo-Nazi crews across the country have shunned Barnette, who for a time was a leader within ANA and for two of its foremost member groups. She even deactivated her social media accounts for a time to escape the onslaught of criticism.

As 2017 opens, Heimbach and Schoep have found recruiting difficult and have united in an attempt to bolster their ranks.

Meanwhile, Steever is delighting in Schoep’s name being added to an Internet hit list, seemingly as payback from his group being banished from the National Front, replaced by Blood & Honour Social Club (aka 28 Social Club).

What this year has is store is difficult to predict. But make no mistake. Heimbach and Schoep are aiming to sit atop a unified American white supremacist movement.

If only they could get out of their own way.