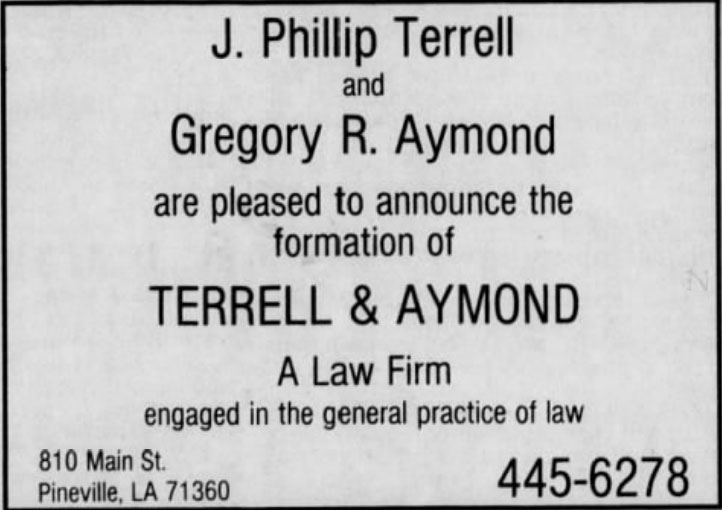 Terrell and Aymond started TERRELL & AYMOND in Pineville, Louisiana in November of 1988, according to a local newspaper report. By that time, Aymond had been heavily involved in the Klan, as pointed out by local writer Lamar White Jr. White’s website shows pictures of Aymond at a speaking engagement for the notorious former grand wizard, David Duke, organized by his Louisiana Knights of the Ku Klux Klan, in August of 1979.

Aymond acted as master of ceremonies for the event according to the Klan paper The Crusader. He was also arrested at the event for screaming at law enforcement for not doing enough to stop protesters. A month later, according to the same issue of The Crusader, Aymond spoke at another Klan rally nearby which was organized to protest the desegregation of schools in the area.

As Klan groups and others on the radical right moved into the digital age, Aymond followed. Before his death in 2012, Aymond ran a blog called “Central LA Politics.” The blog mixed political news with blatantly racist commentary. In one post, Aymond called the Matthew Sheppard Hate Crimes Act “an opportunity to curry favor with homosexuals, transgender persons and racial minorities.” Other posts on the blog were titled things like, “THE "NIGGA" STREET THUGS OF ALEXANDRIA” “BLACK IS NOT ALWAYS BEAUTIFUL OR HONEST” and “THE MARTIN LUTHER KING, JR. SCAM.”

In 2007, Aymond interviewed his old law partner Terrell for a podcast published on Aymond’s racist blog. Terrell, who was a Pineville City Court Judge at the time, discussed his court’s jurisdiction and other legislative matters according to a post previewing the interview. Audio of the interview is no longer available.

Fast-forward 10 years to 2017 and Terrell has risen to the position of District Attorney. It seems that if Terrell was comfortable starting a law firm with, and granting an interview to, a well-known Klansman, inviting an anti-Muslim activist to come and train the law enforcement in his region is par for the course. 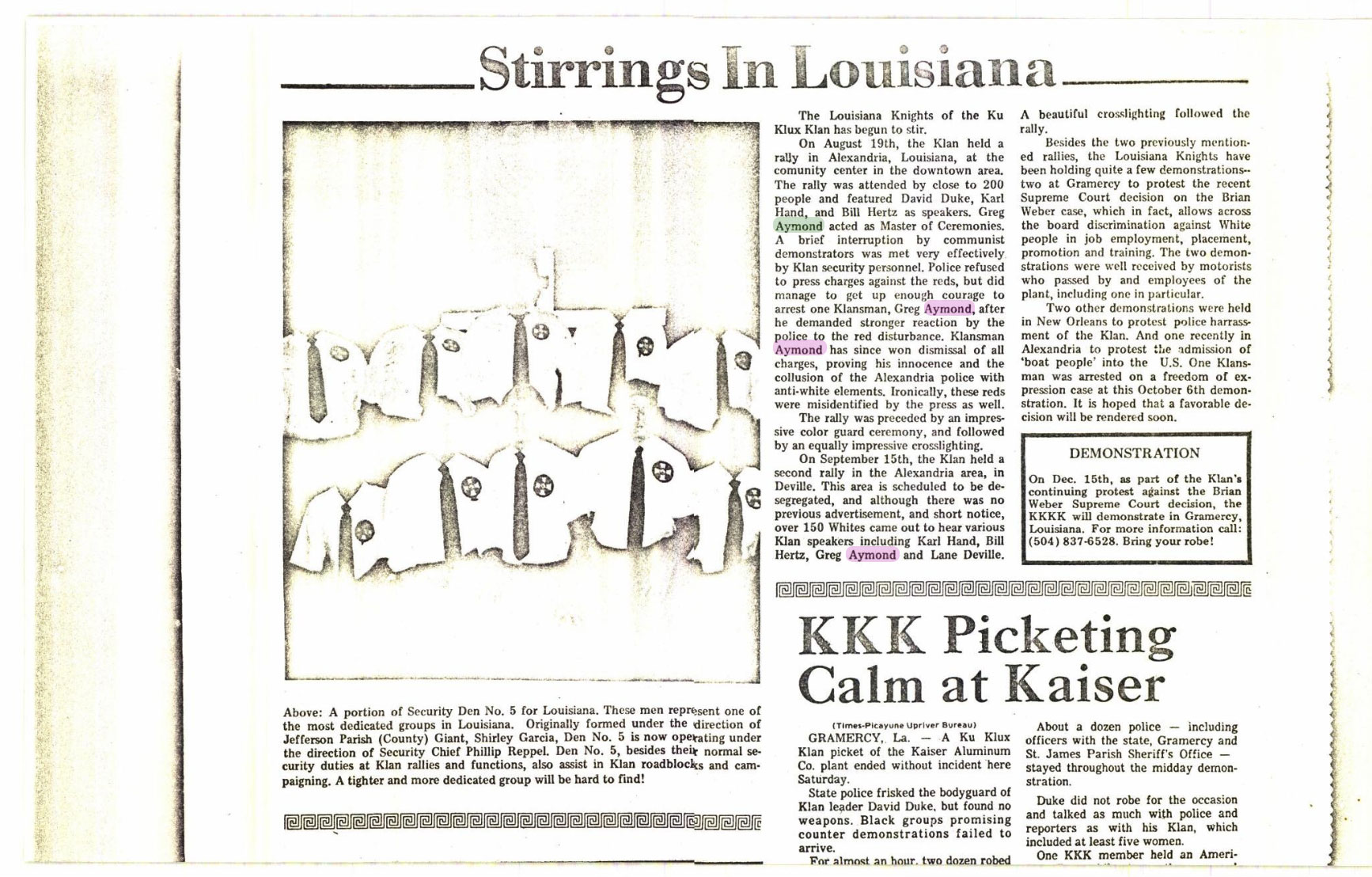