One of the country’s leading white nationalist organizations – the National Policy Institute – has lost its non-profit status, apparently because its founder Richard B. Spencer forgot to fill out those little white boxes on government tax forms.

The revocation was retroactive to May 15 of last year when the nation’s leading alt-right group’s 2015 tax return would have been due. Tax records for nonprofits and charities are available for public inspection, showing total annual donations and how the money is expended, including salaries.

The revocation of NPI’s tax-exempt status brings into question, it appears, any tax-deductible donations given to NPI and claimed on individuals’ tax returns as charitable contributions. NPI’s national visibility grew during last year’s presidential bid of Donald Trump whose candidacy excited the white nationalist views of the alt-right.

Meanwhile, authorities in Virginia say Spencer and his National Policy Institute, which has an office in Alexandria, aren’t properly registered to solicit funds as a non-profit in that state.

The Times reported Spencer, who became president of NPI in 2011, raised more than $50,000 in donations from an online fundraising drive held during the end of 2016 and the beginning of this year. But as of February, public records maintained by the Virginia Office of Charitable and Regulatory Programs show the National Policy Institute is “not authorized to solicit in Virginia,” the newspaper reported.

Elaine Lidholm, a spokeswoman for the state agency, told the Times that NPI mailed a “registration form to us years ago, but it was incomplete and we requested additional information [but] we never heard back from them.”

The Times said when it requested information about Spencer’s group, Virginia “charity regulators removed the entry for the National Policy Institute from their public database of nonprofits and began a review, which remained active” this week.

Spencer is viewed as a key founder of the alt-right movement, whose followers variously voice support for anti-Semitism, white separatism and European-Aryan supremacy philosophies also promoted by such groups as the Ku Klux Klan, the Aryan Nations and assorted neo-Nazi and national socialist groups. 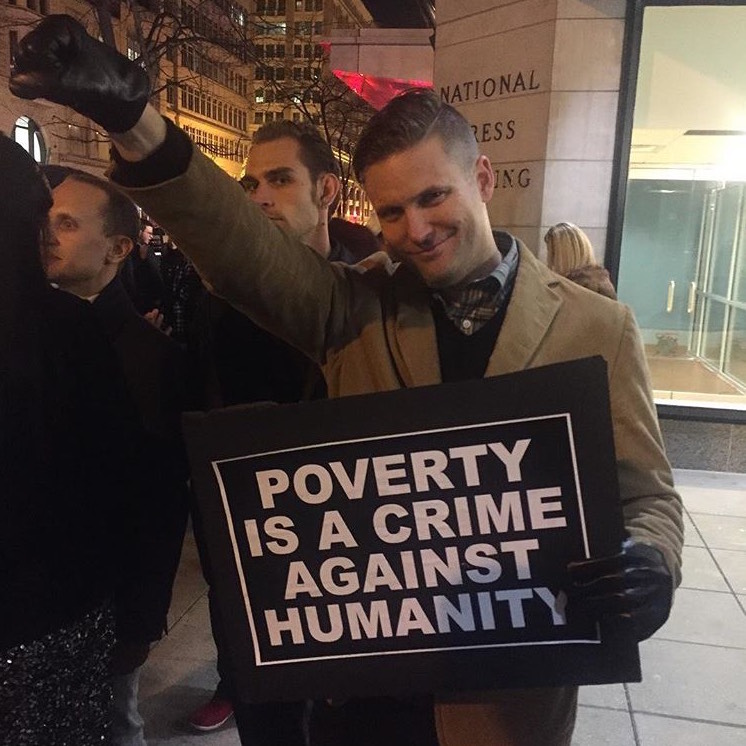 In media interviews this week, Spencer didn’t accept responsibility for NPI losing its tax-exempt status, but rather told the Times that “an IRS error led him to believe his group was not required to file federal tax returns.”

There is no mention of the development on Spencer’s alt-right web site that he launched on Martin Luther King, Jr.’s birthday in January.

The alt-right figurehead, who splits his time between Arlington, Virginia and Whitefish, Montana, has told reporters he will appeal and attempt to restore his group’s tax-exempt status.

However, as the Times reported, the IRS could raise questions as to whether Spencer and his tax-exempt National Policy Institute violated IRS rules preventing officials of such non-profit organizations from making “partisan comments in official organization publications or at official functions of the organization.”

“I don’t know what to say,” Spencer told the LA newspaper. “I don’t want to make a comment because I don’t understand this stuff. It’s a bit embarrassing, but it’s not good. We’ll figure it out.”