This post is part of a continuing Hatewatch series examining the popular Newslinks & Articles section of Stormfront.org. Until last summer, Stormfront was the most trafficked white supremacist site online.

Out of all registered users who have posted at least once in the Newslinks & Articles section of the forum, 3,125 provided a state of residence.

This subset of posters reveals a membership that follows the population distribution of the United States. Eight of the top 10 most populous states in the U.S. are also top states for registered Stormfront users posting in the Newslinks & Articles forum. Only Tennessee and Virginia were outliers. 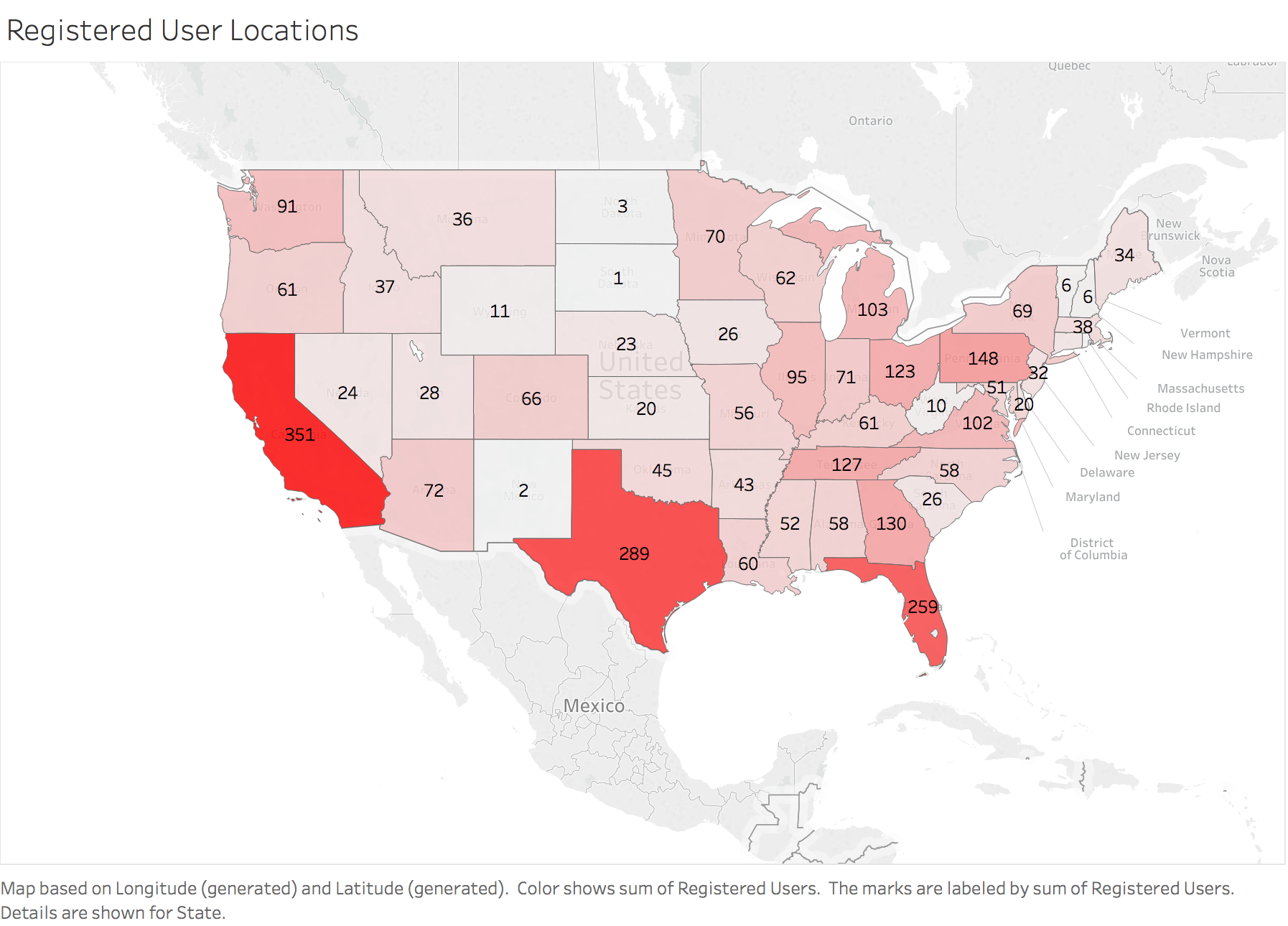 The number of posts by users that provided a recognizable state location in their profile followed the same pattern with a few notable exceptions, including Indiana and Oregon, which both outperformed their user bases. 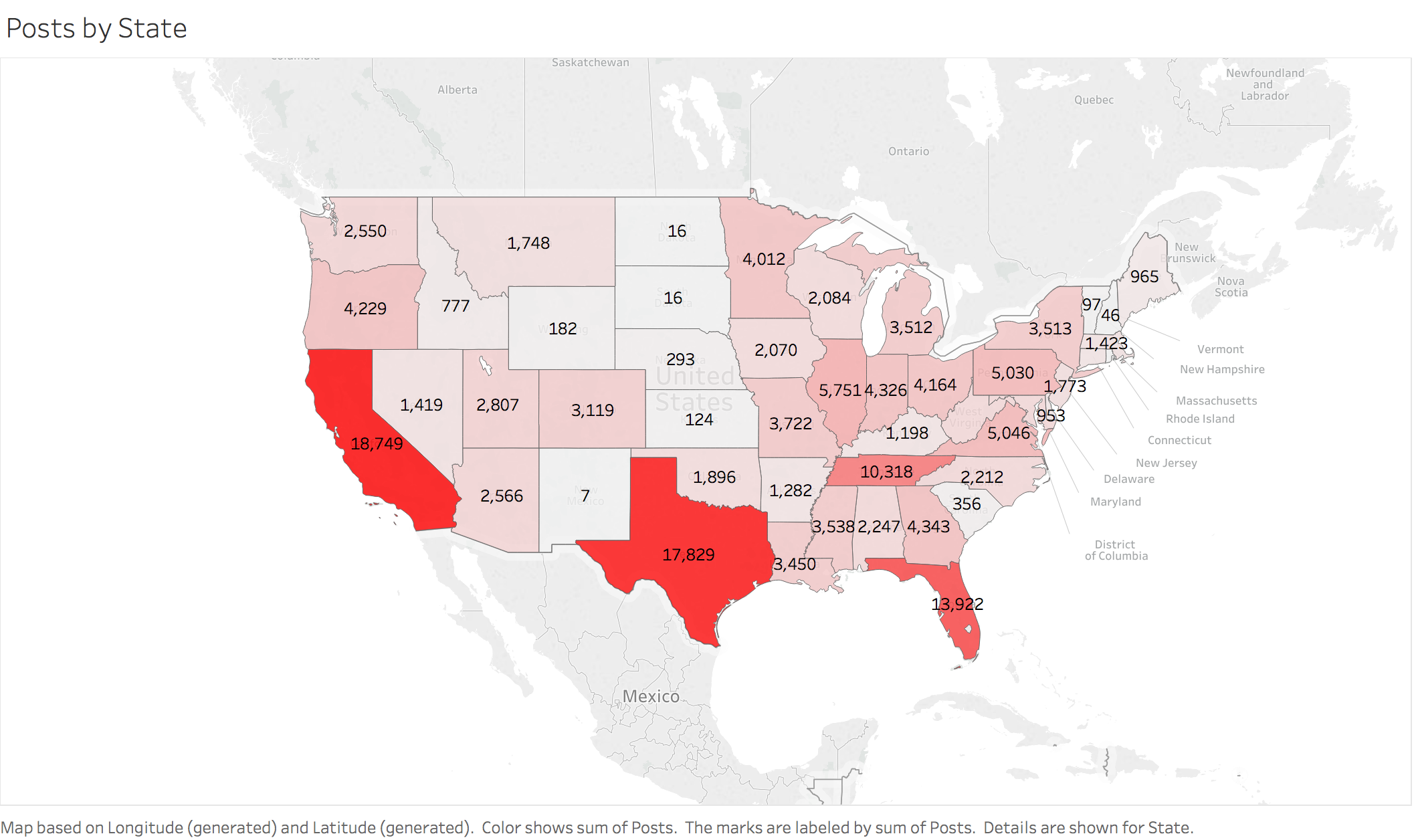 California, Texas, Florida, and Tennessee each accounted for more than 10,000 posts. The next highest posting state, Illinois, only logged half as many—a drop off likely attributable to a handful of dedicated and prolific posters.

In an effort to account for the uneven sampling of participants in the Newslinks & Articles section, Hatewatch investigated the most frequently referenced states, regardless of the author’s location. 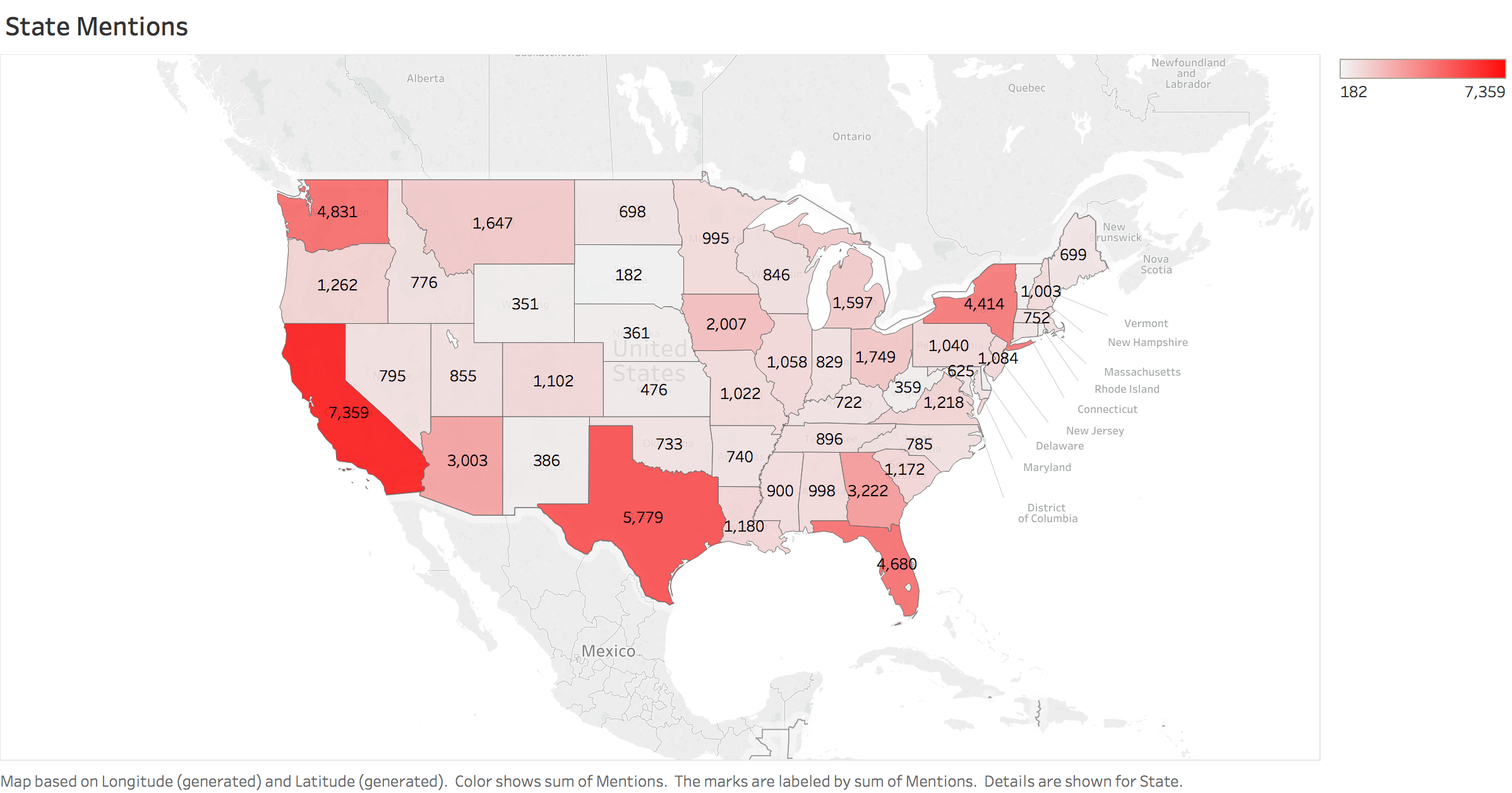 Washington, New York, Arizona, Iowa, and Montana were in the top 10 most discussed states despite having a lower proportion of registered users claiming residency. This is likely driven by the news cycle, which is at the heart of the Newslinks & Articles section that is, as its name implies, overwhelmingly driven by discussion of links to news articles. For instance, Iowa as the site of the first primary during presidential campaigns—events that earlier analysis identified as motivating for Stormfront posters—likely made it a location of national interest.

A similar analysis into the most discussed individuals on Stormfront further demonstrates the site’s fascination with presidential elections. The top five mentioned names are all former presidential candidates.

Despite record levels of participation on Stormfront driven by animus toward former President Barack Obama, he was only the fifth most discussed individual. Ron Paul, Donald Trump, Hillary Clinton, and John McCain each surpassed him, with Paul and Trump outpacing all others by well over 5,000 mentions.

While notable extremists such as David Duke, Hitler, Alex Jones, and Craig Cobb were in the top 20 of all mentions on the forum, only Duke was able to generate interest at the same level as well-known presidential candidates. This illustrates that while the site was once the beating heart of online extremism, its participants’ attention is primarily focused externally, rather than on the insular, white supremacist movement.

True to form, when it comes to ethnic, political, and religious entities mentioned on Stormfront, Jews were mentioned nearly 70,000 more times than the next most popular category, Americans.