Following revelations that he had appeared on a right-wing nationalist podcast and protested the removal of Lost Cause statues while dressed in tropes popular with far right street demonstrators, the principal of New Orleans’ Crescent Leadership Academy was removed from his post.

Crescent Leadership Academy is the City of New Orleans’ sole school for students who have been expelled from other schools and who by Dean’s own admission have “challenging behaviors.”

Nicholas Dean, Crescent’s former principal was suspended after photos circulated of him standing at the May 7th Lee Circle protests alongside a Confederate Battle Flag (CBF). The event was pre-emptively dubbed the “Battle of New Orleans” by far right agitators who descended upon the city spoiling for a fight. Among them were members of the League of the South (LOS), an Alabama-based Neo-Confederate group that sent a handful of members from across the southeast to participate in the pitched “battle”.

The release of a video interview with Dean — operating under the name of Nick Andrews — by photographer Abdul Aziz led to speculation that two rings worn by Dean might reveal Nazi sympathies. One ring was erroneously described as a totenkopf or “death’s head.” The other, clearly identifiable as an iron cross, has some muddied significance to Nazi sympathizers as well as skateboarders and motorcycle riders. 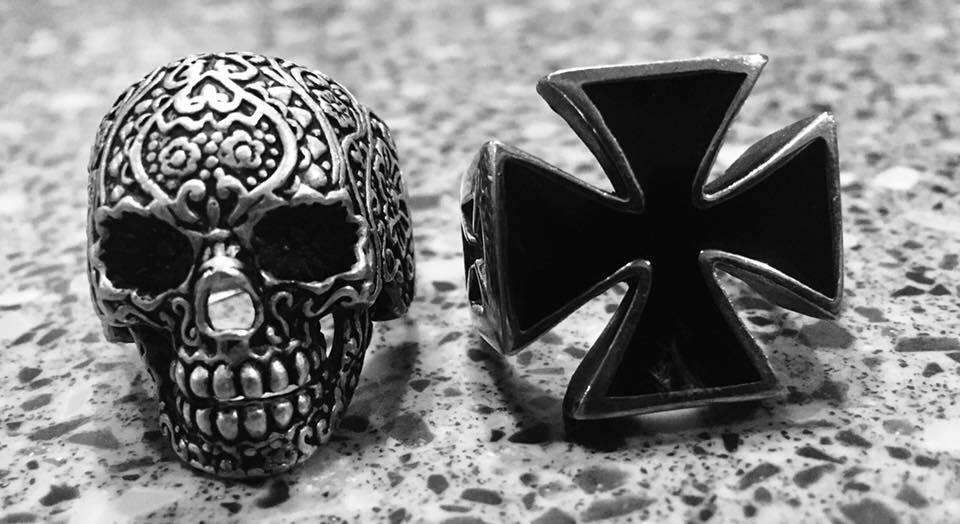 The banner photo for Nick Andrews’ Facebook appears to feature the two rings worn by Dean in the video that led to his permanent dismissal from Crescent Leadership Academy.

While Dean’s motives were not clearly discernible from his jewelry preferences, comments he made in the “Guerilla Radio” podcast, which he appeared on during the same segment as “Based Stickman” Kyle Chapman, and in his interview with Aziz were deemed sufficiently problematic by authorities with Rite of Passage, the group that oversees the school, to remove Dean from his position.

Some of Dean’s comments referenced those calling for the removal of Confederate-themed statues. “If these people get their way,” Dean commented, “I don't exist.”

When asked by the Guerilla Radio host whether he was “a white supremacist, or some crazy KKK member from the Confederate past?” Dean offered the following response: “I am not by my definition, absolutely not. But by others', most certainly.”

Dean, for his part, has protested his suspension and subsequent firing, claiming that he simply attended the May 7th protests at Lee Circle to “witness history.”

Dean’s claim seems dubious enough given the makeshift shield he bore at the event, which he had painted with a variation of the “Come and Take It” slogan currently in vogue with many in the Patriot and Militia movements.

Subsequent posts made in a League of the South (LOS) Facebook group by someone operating under the username “Nick Andrews,” the same name used by Dean in his “Guerilla Radio” interview and at the May 7th protest, bolster the school authorities’ decision to remove Dean from his position at Crescent Leadership Academy.

In since-deleted post, “Nick Andrews” calls on the group to put him in touch with Kirk Lyons, who operates the North Carolina-based Southern Legal Resource Center (SLRC). Lyons, himself no stranger to the far right movement as a former member of the Aryan Nations, has utilized the SLRC to decry what he refers to as “heritage violations,” and to halt the “ethnic cleansing of Dixie.”

In another post, Andrews inquires whether there will be any LOS members attending a coming protest regarding the removal of Confederate statues in Orlando, and indicates he plans to attend.

Perhaps most alarming is a response Andrews gave on his page to a friend congratulating him and referring to him as a “true patriot”.

“I've sat on the sidelines for years. They took my career, so I will fight back. I've been warned that resistance is the hard road.”

If Dean is using the same “Nick Andrews” pseudonym online, the associations he has cultivated since his firing offer nothing if not ample justification for Rite of Passage’s decision to remove Dean from the staff of Crescent Leadership Academy.