The Trump administration’s combination of continuously attacking mainstream media and relying on right-wing outlets to carry their message played out again last week in service of the Attorney General.

After refusing comment for two days, the ADF went on the offensive, backed by their allies in the right-wing media. Rather than address why the organization sought to conceal the AG’s speech, ADF attacked the mainstream press for writing about its work vilifying LGBT rights in the U.S. and abroad and for referencing the Southern Poverty Law Center’s work.

The Department of Justice similarly refused comment for two days, and then gave the Attorney General’s remarks exclusively to a rabidly partisan website, The Federalist, rather than posting to the DOJ's website or providing to the press at large. The remarks have not yet been posted on the DOJ’s website, though Sessions appeared in his official role. 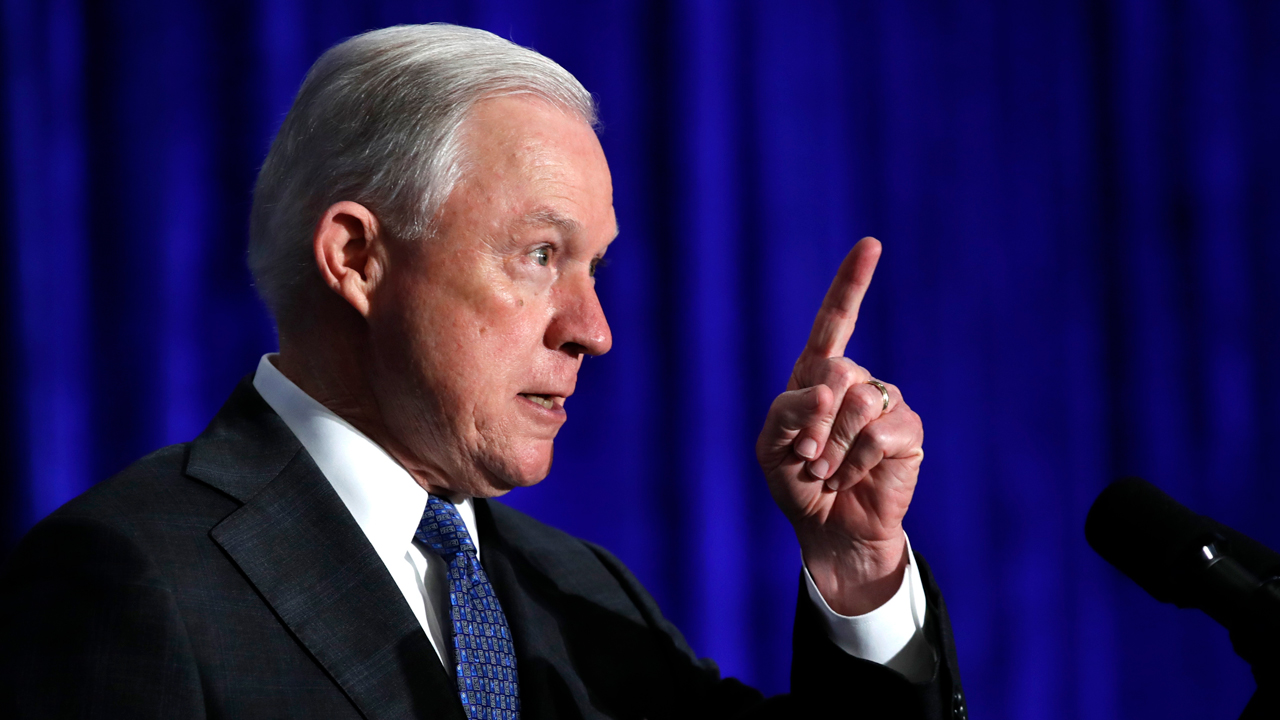 Attorney General Jeff Sessions' speech to the ADF was posted to a rabidly partisan, anti-LGBT website, instead of the DOJ's website. (AP Photo/Jacquelyn Martin)

ADF was listed as an anti-LGBT hate group by the SPLC in 2016 due to the ADF's long history of demonizing the LGBT community and the ADF's efforts to criminalize homosexual activity abroad. The ADF is a formidable organization, boasting a budget of over $30 million and a pro bono network of lawyers numbering in the thousands. Many of its recent cases in the U.S. have involved attacking attempts to further trans equality, particularly in terms of trans students. The ADF currently has a case before the Supreme Court about a Christian baker who argues that his faith is a defense to not serve LGBT people.

ADF’s attack on ABC News was a convenient dodge about the ADF's extensive anti-LGBT record.

All throughout the day Thursday and into the weekend, much of the right-wing press promoted the ADF. Fox News, The National Review, The Daily Caller, The Daily Signal (the Heritage Foundation’s blog), Newsmax, LifeZette, Townhall, The Blaze, NewsBusters (Newsbusters/Media Research Council is funded by one of Trump’s biggest donors in Robert Mercer), Independent Journalism Review, Patriot Post and Christian Post were among the sites that did. The story became the SPLC and the so-called biased mainstream media, not the significance of the AG's attempt to deliver an off-the-record speech to a group with a record like ADF, and not the fact that a government agency has refused transparency regarding a speech given by one of its officials.

It shouldn’t be surprising where Sessions’ comments eventually appeared. The Federalist is well known for its anti-LGBT and specifically anti-trans writings.

In his speech, Sessions revealed that the DOJ is nearing completion of its official guidance regarding “religious liberty,” and promised that it would use a more recent interpretation of the 1993 Religious Freedom Restoration Act, or RFRA, as its basis.

As we’ve written previously about the anti-LGBT right’s efforts to advance additional RFRA bills at the state level:

Religious liberty is a cherished constitutional value, enshrined in the First Amendment. But, as earlier efforts to offer biblical justification for slavery and Jim Crow segregation have taught us, religious liberty should not be used as an excuse to discriminate.

The danger of these laws goes far beyond the way in which courts may ultimately balance them with statutory and constitutional protections against discrimination. The peril also lies in the atmosphere of bigotry and discrimination that will be created by legitimizing the very idea that LGBT rights threaten religious liberty.

That bigotry has been proudly displayed in the pages of The Federalist. In 2014, Slate detailed the “odiously transphobic” article by Federalist contributor Mary Hasson. ThinkProgress uncovered that The Federalist's anti-trans bias is literally embedded in its style guide. In March, The Federalist posted an anonymous piece allegedly from an attendee from a trans rights conference. It ends with this diatribe that attacks the idea that trans people should be treated with respect:

Even after being trained, I still have questions. If gender is not biological, then why do we think someone who claims to be trans-black is crazy? Under what moral standard do we prosecute polygamists? Why don’t we consider depression or suicide adequate lifestyle choices? Why is transgender considered a fulfilling life but those with Downs Syndrome should be aborted? Apparently, the only thing society can agree on is that nothing’s worse than being a straight, white man.

Media Matters once described The Federalist’s editorial mission as “a reliable apologist for anti-LGBT discrimination, predictably depicting its opposition to non-discrimination protections as a noble defense of liberty against a heavy-handed government.”

It’s clear that the Attorney General’s appearance at the ADF event and his decision to address the controversy by publishing his remarks at The Federalist should be a troubling sign as to where this administration stands with regard to the rights of LGBT Americans.