Sovereign citizens are a diverse group of individuals whose activities and motives vary, but whose core tenets are the typically the same

They view United States citizenship, established government, authority and institutions as illegitimate and consider themselves immune from and therefore above the law.

A number of sovereign citizens engage in fraudulent activity, using paper terrorism to achieve their agendas and commit crimes under the mistaken hope or belief that laws do not apply to them. Some plan or take part in protests against government agencies and institutions, like the ones organized by the Bundys in Bunkerville, Nevada and the Malheur Wildlife Refuge in Harney County, Oregon. Some have resorted to violence, including acts of domestic terrorism when they felt their freedoms were infringed upon.

Solomon Brooks was facing a possible life sentence after the proclaimed sovereign citizen allegedly threw a bicycle at a Long Beach police officer on June 3. He had already received two strikes for previous felony convictions and this offense would have garnered him a third. In California, three strikes is an automatic life sentence.

Brooks is a Moor. The prosecutor highlighted this during his trial mentioning that the defendant did not believe he was subject to the jurisdiction of the court. In the end, the case came down to conflicting statements from police and witnesses. As a result the jury found him guilty on two minor counts of resisting officers stemming from a prior stop for riding a bike without a light.

The Colorado Eight are the group of sovereign citizen common law court members who were arrested on April 6, 2017, for violating the Colorado Organized Crime Control Act when they allegedly attempted to influence and intimidate public servants.

Several of the defendants recently filed a sovereign language-laced complaint against the United States, President Trump, the State of Colorado, the state Attorney General and bar association, some of the lawyers practicing in the state, the IRS, FBI and “any other yet named participants.”

They allege that these entities and individuals caused them to be “unlawfully and forcefully carried away and imprisoned … without jurisdiction or good cause.” They claim they have been deprived of their rights and their jurisdiction has been challenged. The complaint also accuses them of crimes including perjury, jury and evidence tampering, stealing private property, and conspiring to overthrow the government.

The Colorado Eight requested “various forms of declaratory judgment” and damages of over $350 billion.

The judge in the case dismissed the complaint because it lacked “specific and clear factual allegations in support of their claims,” but has given the claimants the opportunity to file an amended complaint where that information is included.

On July 4th, Kevin Charles Conklin was allegedly acting unruly at the Margarita Republic in Lake Lady and refused to pay his bar tab.

When the police arrived, he refused to identify himself. Officers took his cell phone in order to ID him. Conklin responded by jumping on a patrol car and resisting when the officers tried to get him down and arrest him. One officer chipped a tooth as they attempted to get him into the vehicle.

Conklin told them he was a sovereign citizen and hadn’t done anything wrong.

He was booked into Lake County Detention Center on charges of petit theft, disorderly intoxication, battery and resisting arrest with violence.

In 2014, Conklin was arrested just 12 miles away from his most recent altercation for creating a public disturbance while “highly intoxicated.” Conklin walked away from an officer who had ordered him to stop and had to be tased. He was charged him with resisting arrest and disorderly intoxication.

Kevin Charles Conklin allegedly doesn't like paying his bar tab, but he really hates being arrested, as evidenced by his latest booking photo.

On June 26, Daniel Stevenson was stopped by a sheriff’s deputy in Abingdon for having a homemade license plate in lieu of one that was state issued.

When the officer approached the vehicle, Stevenson would only identify himself as a sovereign citizen. He held a knife on his leg, refused to roll down his window or follow the deputy’s commands.

After Stevenson consistently refused to comply, the deputy broke the back window and arrested him.

Stevenson was charged for driving on a suspended license with no valid vehicle registration and resisting arrest.

The four men who were recently tried for their roles in the standoff at the Bundy Ranch in Nevada are due back in court after their first trial ended in a hung jury. The second began on July 10 and is expected to take seven to nine weeks.

The indictment described the defendants as gunmen “who threatened, impeded, intimidated, interfered with, assaulted and extorted federal law enforcement officers while in the performance of their duties.”

If convicted, the men will face a combined total of 100 years in prison.

July 6, Eric Flores was sentenced for his role in the Malheur Refuge occupation. Flores brought weaponry to the refuge and performed guard duty from a watchtower.

Citing the fact that Flores took responsibility for his actions, prosecutors did not recommend any prison time. Taking this into account, Judge Anna Brown sentenced Flores to five months of home detention, with the possibility of serving only three if he follows the rules, and two years of probation.

Brown also issued a general warning to Flores when he told her he did not want to go back to jail, saying "remember that next time you see an invitation on Facebook that tells you to do something your good conscience tells you not to do."

On June 26, Malheur Refuge occupier Geoffrey Stanek was sentenced to six months of home detention and two years of probation. In addition, Stanek is prohibited from stepping foot on federally-owned land without his parole officer’s consent.

Although Judge Anna Brown believed Stanek was planning for a bloodbath at the Refuge, she felt he has since accepted responsibility for his crimes and took that under consideration when meting out his sentence.

Judge Brown made it clear that Stanek needed to stay out of trouble, saying of the sentence: “If it works, great. If it doesn’t, I’m here to send you to prison.” 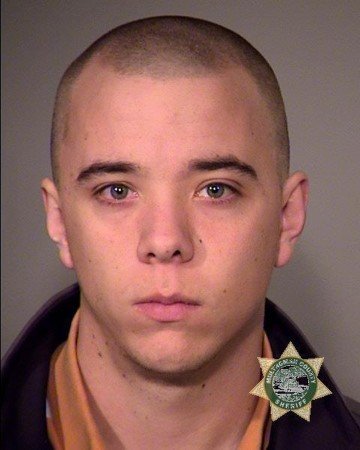 Geoffrey Stanek was sentenced to six months of home detention and two years of probation.

Jason Blomgren drove to Malheur Refuge from his home in North Carolina in 2016 to join the Bundy occupation. Later in the year, Blomgren pled guilty for his role there. His sentencing hearing is forthcoming, most likely in August 2017. Until then, Blomgren is out of custody, but may be violating the law. During his pretrial hearing, a Federal Service Officer told the court that Blomgren violated the conditions of his release by testing positive for the drug oxycodone. The officer recommended that Blomgren’s custody be remanded.

Judge Robert E. Jones has allowed time for Blomgren’s attorney to review the test results before any further action is taken, but made it clear that any “foul up” by Blomgren before his sentencing could harm his case.

In March, Jason Patrick was convicted of conspiracy to impede federal employees during the Malheur Refuge occupation. He was given the opportunity for home detention and electronic monitoring. Patrick refused, and chose to stay in custody instead.

But now Patrick wants out. In June, Patrick asked the court to release him, saying he would follow their rules, including electronic monitoring.

Judge Anna Brown, who presides over his case, denied Patrick’s request based on the court’s lack of confidence that Patrick would comply with their directives upon release.

Brown mentioned Patrick’s stated disrespect for the court and rule of law, his “obstreperous behavior” and his misdemeanor convictions which she stated were “committed in violation of federal laws he knowingly chose to ignore.”

Patrick will await sentencing in Multnomah County Inverness Jail. His sentencing is currently set for November, 2017. 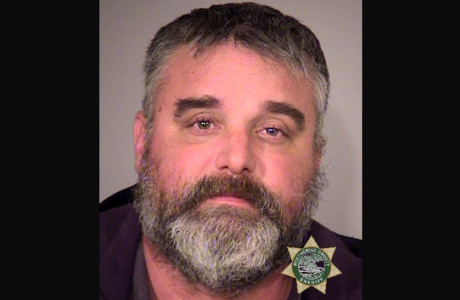 On July 4th, 2015, after a fireworks show in Oak Ridge, Lee Harold Cromwell revved his truck, sped backwards and ran over a number of people. Almost a dozen were injured and a father was killed while pushing his daughter out of the way.

A jury concluded that Cromwell's act of violence was intentional and sentenced the 67-year-old to 12 years in prison.

Prior to sentencing, Cromwell filed liens against local public officials, including his arresting officer and the judge presiding over his case, forcing multiple recusals before his trial could proceed.

The judge mentioned these actions during sentencing, along with the fact that Cromwell "has little remorse." 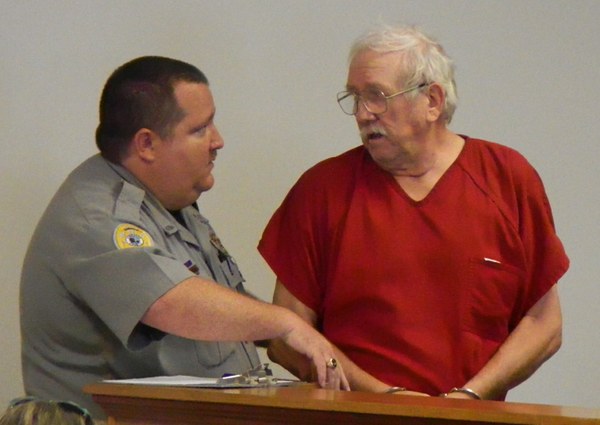 Lee Cromwell was sentenced to 12 years in prison for driving his truck into a Fourth of July crowd.

Julie Embry who is “Chief Justice” for a sovereign common law court and files court papers on behalf of Ryan Bundy has asserted that she was put on the No Fly List by the U.S. government. She says she found out after she attempted to fly to Colorado to speak about the lawsuit she helped Ryan Bundy file on April 24 and was questioned about the Bundys by officials at the airport who barred her from getting on her plane. 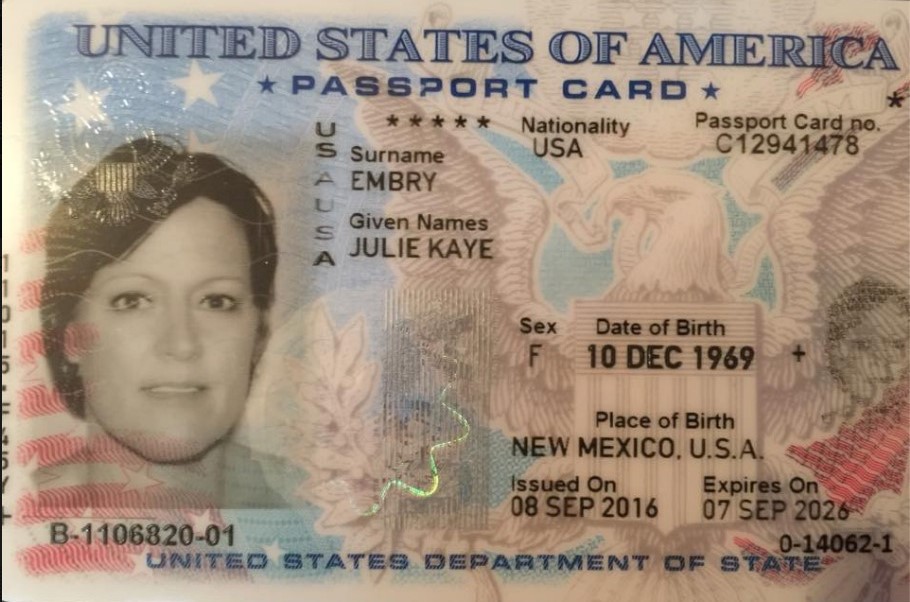 Julie "Chief Justice" Embry was surprised to find out — the hard way — that she is on the government's No Fly List.

Alexander Ray Johnson was stopped for speeding in a Knoxville neighborhood on June 14. Johnson refused to follow the officer’s orders and had a license plate reading “Sovereign Hebrew Israelite.”

Johnson began fighting the officers when they attempted to arrest him. During the struggle, one officer received a leg injury and Johnson bit off the tip of the other officer’s thumb.

Once he was detained, Johnson was charged with resisting arrest and aggravated assault. 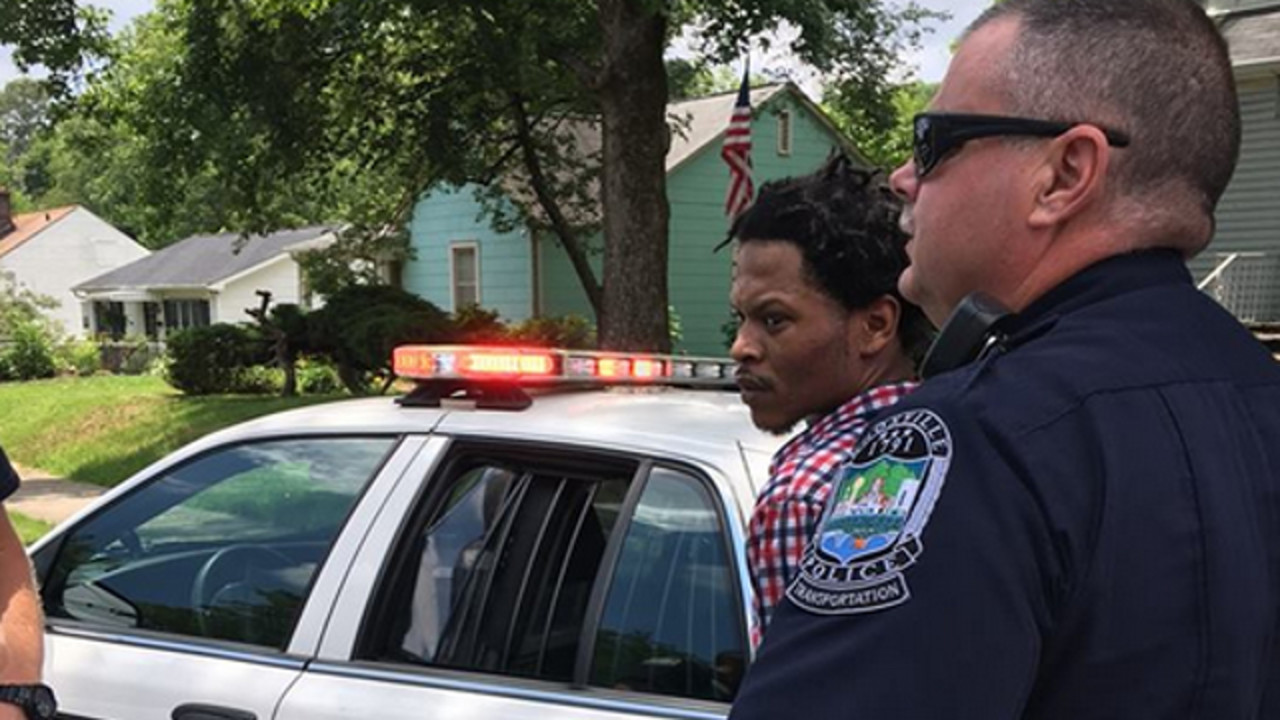 Alexander Ray Johnson allegedly bit off part of an officer's thumb after a traffic stop.