In this position, which CWA has expressed reservations about, Nance would be responsible for managing the State Department’s programs dealing with gender-based violence and promoting women’s and girls’ economic and educational achievements.

In a 2010 piece posted on the CWA site in opposition to the International Violence Against Women Act, CWA worried that the position would “establish powers under one person’s control that would supersede current and established policy-making and financial procedures.” That concern doesn’t seem to bother them or Nance now.

Nance, originally a supporter of presidential candidate Ted Cruz, actively campaigned against Trump prior to his nomination. In an April 2016 interview with Huffington Post, she was not pleased about a remark then-candidate Trump had made on the campaign trail that women liked him because as president, he would protect them from terrorists. Nance’s response was, “Who’s going to protect us from him?” 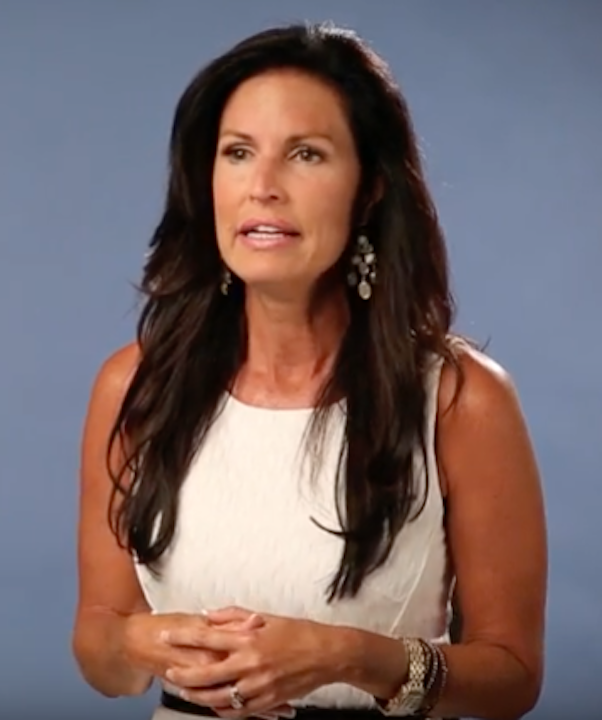 A staunch anti-choice activist, Nance was also displeased with remarks Trump had made at a recent town hall meeting, in which he said that should abortion become illegal, women should face some sort of punishment for undergoing the procedure. She said the comment was not helpful, and went on to say that “I’m appalled by what he said last week” and if Trump were to become the nominee, conservative women would face a “horrible choice” on Election Day.

Clearly, she has made her peace with the current administration, and marveled in September that social conservatives are enjoying “unprecedented” access to the White House. Nance currently sits on Trump’s Life Advisory Council and is, according to her bio at CWA, “blessed to frequent the White House in that role and others speaking as a modern day Esther to both the President, Vice-president and key staff as the voice of Christian conservative women of faith around this nation.”

Nance has a long history as an anti-feminist activist in and out of politics; she was a political lobbyist for the anti-choice group Kids First Coalition (she was also the president of the group), served on Representative Pat Swindell’s (R-GA) staff and was president of Nance and Associates, a public policy and media-consulting firm.

Nance has applauded the Trump administration’s decision to rescind Title IX guidelines that attempted to ensure better school environments for trans students, suggesting that forcing students to be burdened through “political correctness” while claiming that the guidelines forced cisgender female students to share bathrooms and locker rooms with biological boys.

In a 2016 op-ed for Fox News, Nance wrote that former Miss Universe Alicia Machado, whom Trump had ridiculed as “Miss Piggy,” deserved to be harassed by the presidential candidate because “she was being paid to look perfect.” Machado caught criticism when “she couldn’t live up to the standard she had asked to be measured by,” according to Nance.

CWA was founded in San Diego, California, in 1979 by the Christian Right activist and author Beverly LaHaye as an opposition to the National Organization for Women and the Equal Rights Amendment. LaHaye was also married to the late minister Tim LaHaye, author of the bestselling Left Behind fiction series, and a co-founder of the highly influential conservative and secretive Council for National Policy, of which Nance is a member.

Beverly LaHaye founded CWA, as her bio claimed, to “promote Biblical values for women and families, first through prayer, then education and finally, by influencing our elected leaders and society.”

In 1987, CWA re-located to Washington, D.C., where it would become more of presence in government. The group focuses on abortion, definition of the family, battling pornography, religious exemptions, national sovereignty and education. It has several state-level chapters and is often tapped for comment on those issues by media outlets.

LaHaye herself published a booklet titled The Hidden Homosexual Agenda in 1991 (still available on Amazon) in which she warned that accepting LGBT equality would bring an end to Judeo-Christian values and destroy the family, claiming LGBT people have a “compulsive desire for sexual fulfillment without lasting commitment” and also claimed that LGBT people “recruit children.”

More recently, CWA opposed the Violence Against Women Act, claiming that it “creates new protections for homosexuals.” In order to receive federal grants, CWA stated in 2012, “domestic violence organizations have to agree to embrace the homosexual agenda,” a conspiracy theory manufactured by the Christian Right in which they argue that LGBT people are going to destroy the family and society.

CWA has also claimed that hate crimes are fabricated as some kind of attempt to help build support for hate crimes legislation, which CWA opposes. A former senior fellow at CWA’s Beverly LaHaye Institute, Janice Shaw Crouse, claimed that LGBT people are prone to domestic violence, spreading disease and that their relationships don’t last long.

Rumors of Nance’s possible nomination have brought strong criticism and concern from many women’s rights and LGBT organizations, including CARE USA, Planned Parenthood, and the Human Rights Campaign. International Women’s Health Coalition released a statement that said, in part, that:

Nance, who has a well-documented history of extreme and regressive positions on women’s rights, women’s health, and LGBT rights, is woefully unfit to serve as Ambassador-at Large for the Office of Global Women’s Issues at the Department of State.