The number of hate crimes reached a five-year high in 2016, taking a noticeable uptick toward the end of the year around Donald Trump’s surprise electoral college victory.

The FBI, in a report released Monday, said law enforcement agencies nationally reported a five-year high in hate crimes, with 6,121 in 2016. That’s up over 2015, which saw 5,818 such crimes reported, a near 5% increase.

However, 88% of participating law enforcement agencies reported no hate crimes in their jurisdictions, an ongoing challenge for data collection efforts. In comparison, the Bureau of Justice Statistics estimates that an annual average of 250,000 incidents of hate crime victimizations, about 40 times the number reported by the FBI. 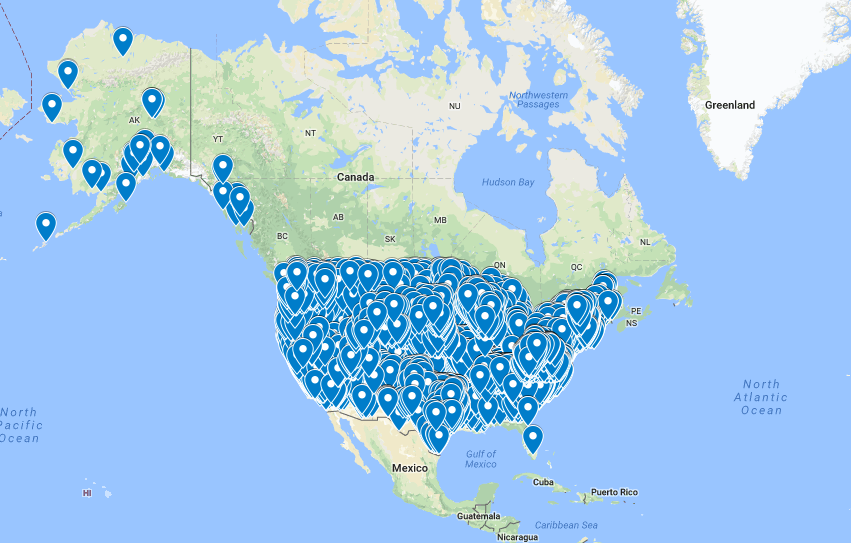 The dots on this map represent the agencies that reported no hate crimes in their jurisdictions in 2016. Data from the FBI Hate Crime Statistics, 2016.

The increase further confirms the explosion of bias incidents the Southern Poverty Law Center and other civil rights organizations and journalists reported in the wake of the election.

Also of note was the steady increase in hate crimes over the year that were also likely related to the campaign. Trump campaign rallies were regularly marked by violence and reports of an increase in bias incidents at K-12 schools started during the primaries.

In fact, Trump is facing several lawsuits over his rhetoric at campaign rallies, including one in federal court in Louisville, Kentucky, which alleges that Trump encouraged supporters to remove a diverse group of protestors by yelling “get’em out of here.”

Bias incidents by category in 2016. Data from the FBI Hate Crimes Statistics, 2016.

Alabama reported 12 hate crimes in 2016, with seven coming in Birmingham, three in Hoover and one each in Florence and Foley.

The full FBI hate crimes statistical report can be found at http://ucr.fbi.gov/hate-crime/2016/topic-pages/incidentsandoffenses.