Shivering in a raft in the dark, four young far-right activists kept watch on their target at the deep-water port in Catania, Sicily.

On board were Canadian alt-right blogger Lauren Southern and three members of Génération Identitaire, or Generation Identity, an extremist youth group with chapters throughout Europe. They had staked out a Doctors Without Borders ship about to leave for a search-and-rescue mission off the coast of Libya, about 290 miles away.

Every day, close to 1,000 undocumented immigrants from sub-Saharan Africa set out to reach Europe by crossing the Central Mediterranean Sea, often in small, overloaded boats or inflatable rafts. By May 12, the night of the Catania stakeout, more than 55,000 African immigrants had completed the perilous journey this year.

But at least 2,300 had drowned after their boats sank or capsized, including many children.

Non-governmental organizations (NGOs) like Doctors Without Borders search the international waters between Libya and Italy for immigrants in distress. They have saved thousands yet drawn the anger of groups like Generation Identity, which accuses the NGOs of being in league with human traffickers and of fueling an “invasion” of Europe by non-whites and Muslims. That’s because the NGOs transport Africans to European ports – where they enter the European refugee and immigration system – rather than transporting them back to Africa. (The European Union border agency Frontex ruled last year that Libya, a war-torn country ruled by rival militias, is too dangerous a place to return immigrants rescued at sea.)

For three hours, the Generation Identity members and Southern bobbed in the shadows. When the Doctors Without Borders ship disembarked, they positioned their raft directly in its path, livestreaming their actions on Periscope. Southern lit a rescue flare while the GI members unfurled a banner that read, “NO WAY for Human Trafficking.” 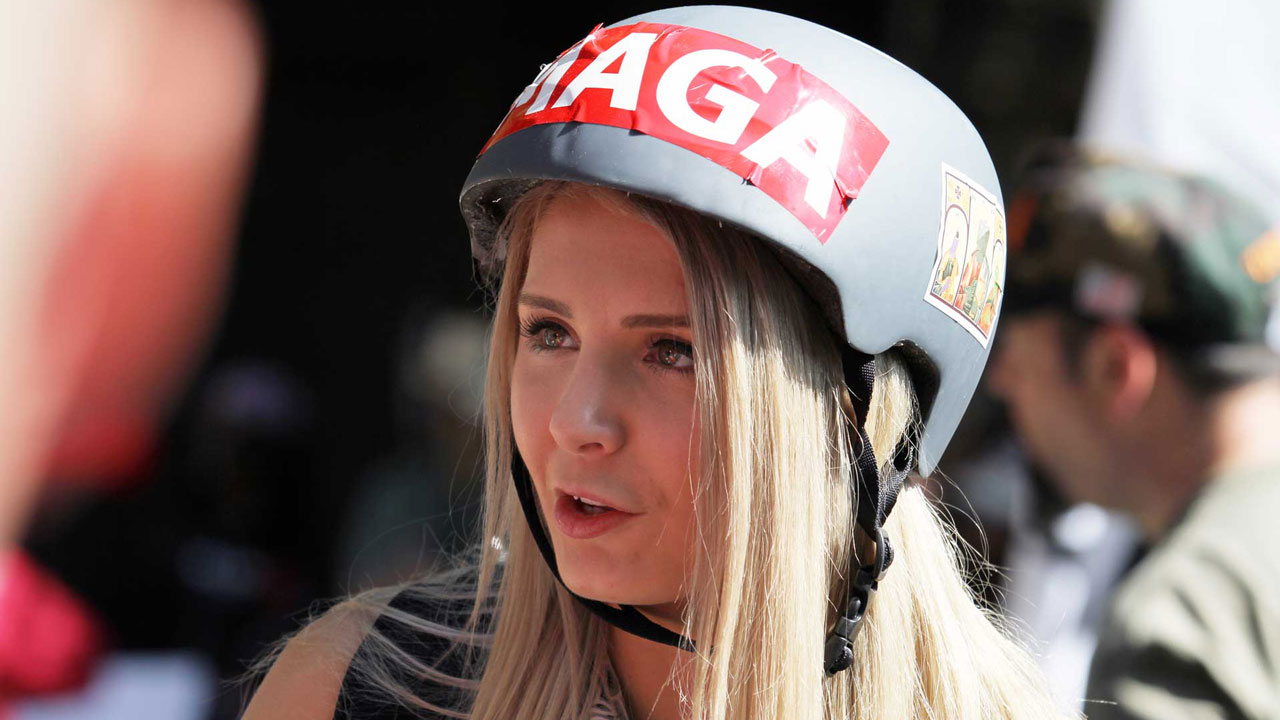 They didn’t stop the boat for long.

In short order, they were taken into custody by Italian coast guard officers, and the Doctors Without Borders ship was on its way.

Later that night, Southern appeared in a second Periscope livestream with Martin Sellner, then the 28-year-old leader of Generation Identity’s Austrian branch.

Sellner hinted in the livestream that Generation Identity’s short-lived “blockade” of the NGO ship was just the beginning of a new mission to “track down and stop [the] dirty work of these human trafficking ships.”

The following week, Generation Identity launched a fundraising campaign online for “Defend Europe,” a “mission” to “gather a crew, equip a boat, and set sails on the Mediterranean to chase down the trafficking ships.”

“Every week, every day, every hour, ships packed with illegal immigrants are flooding into European waters. An invasion is taking place,” the Defend Europe statement declared. “This massive immigration is changing the face of our continent. We are losing our safety and our way of life and there is a danger we Europeans will become a minority in our own European homelands. Our future is under attack.”

Sellner, who speaks fluent English, became the primary spokesperson for Defend Europe. In media interviews and fundraising videos, he pledged that Defend Europe would patrol the Central Mediterranean for immigrants to pick up and hand over to the Libyan Coast Guard. Once the boats were empty, he said, Defend Europe would sink them.

Fawning coverage of Defend Europe by the alt-right Breitbart News Network caught the attention of three high-profile white nationalist leaders in the United States – David Duke, Richard Spencer, and Jared Taylor. All three encouraged their social media followers to find common cause with the European activists. 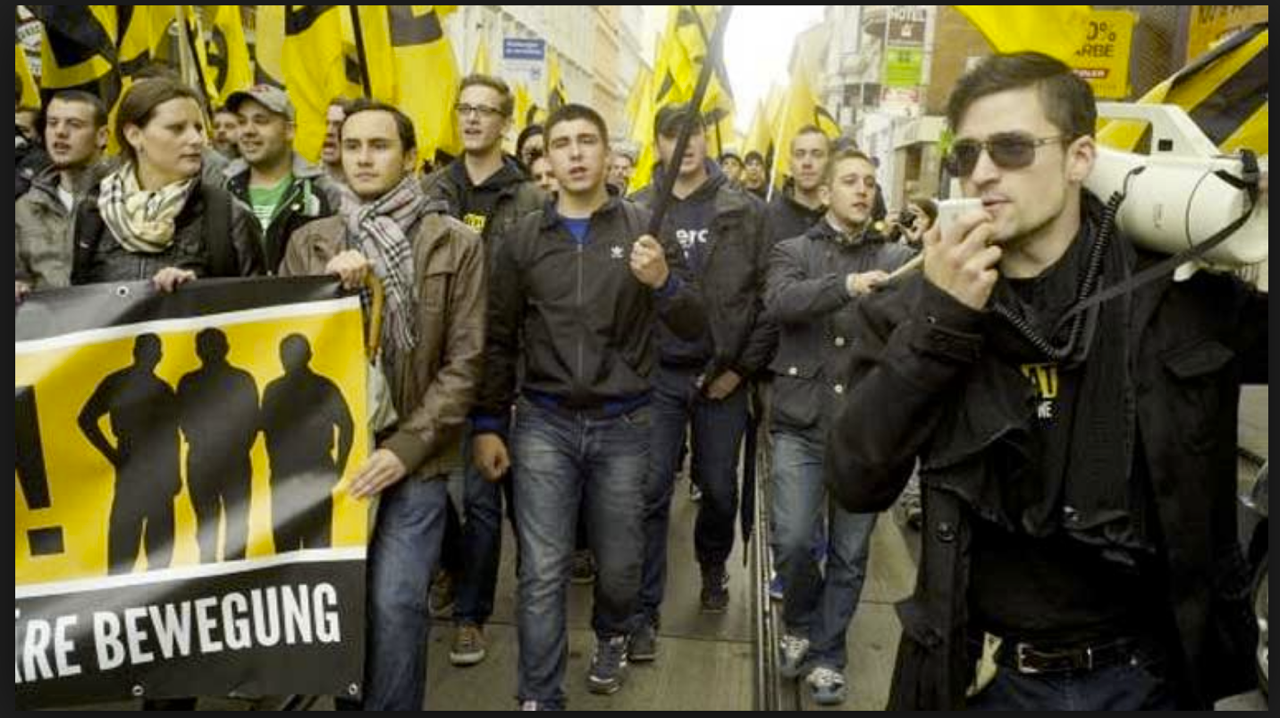 “Young Whites are waking up to their disenfranchisement across the White World,” read an article on Spencer’s website, AltRight.com. “The future belongs to us.”

Neo-Nazi websites also promoted Defend Europe. “This is a great initiative,” read a Daily Stormer post. “These parasites [African migrants] need to inculcated with a deep fear of making the trip across the Mediterranean. Right now, the Negroes believe that Europeans will come and pick them up to bring them to our countries … Godspeed, men. Your ancestors are proud.”

Within a month, Defend Europe raised more than $178,000, far exceeding its original crowdfunding goal of $58,000. On June 20, Sellner announced the group had chartered a 130-foot ship and hired 25 professional crew members. (Sellner did not respond to five interview requests for this article submitted via his personal website and social media accounts.)

Defend Europe posted techno-music videos of its boat: a 42-year-old former Finnish research vessel now registered in Mongolia, re-named the C-Star and festooned with a banner: “No Way—You Will Not Make Europe Home.”

Prior to Defend Europe, the greatest mainstream media attention Generation Identity came in April 2016, when Sellner and 30 to 40 other GI members disrupted a performance at the University of Vienna (where Sellner studied philosophy and law) of Die Schutzbefohlenen[CQ] (“The Suppliants”), a play about the European refugee crisis by Nobel prize-winning writer Elfriede Jelinke. The cast members of the University of Vienna production were all refugees. The GI members sprayed fake blood on the stage, shouting that it symbolized “the blood of Bataclan and Brussels,” a reference to recent terrorist attacks by Islamic extremists.

“Sellner is very good on mainstream media, because he’s very competent at finding the space where he can be quite far to the right without going so far that he’d be shunned by the mainstream or middle right in the U.K. and other places in Europe,” said Joe Mulhall, a senior researcher at the U.K-based anti-hate organization Hope Not Hate, which monitors Generation Identity and other right-wing extremist groups.

“There’s no doubt Sellner used Defend Europe very effectively to catapult his profile and that of Generation Identity more generally. We’ve been looking at Identitarian movements for a decade, and we’ve never seen anything like the kind of money he’s been able to raise, much of it from America, or the media attention he’s gained.”

This despite, Mulhall said, “Defend Europe becoming a farce once it was actually underway.

“It was a bit like a bad James Bond film.”

Defend Europe had trouble even getting its ship to the Central Mediterranean. First it was delayed for a full week by Sellner and company’s inability to produce routine crew paperwork needed to cross the Suez Canal. Then came a disastrous July 27 refueling stop in Famagusta, a city on the east coast of Cyprus. Port inspectors there found 20 Sri Lankan men on board whose crew member identification appeared counterfeit. The inspectors said the men admitted they were not professional seamen. According to the Guardian, the Sri Lankans told local human rights activists they had paid the equivalent of almost $12,000 each to be smuggled to Italy aboard the Defend Europe ship. Police arrested the ship’s owner, captain, senior officers and Defend Europe activist Alexander Schelyer on charges related to human trafficking. After making a court appearance a few days later, they were released for lack of evidence. Defend Europe claimed the Sri Lankan men were “apprentice sailors” rather than “full-fledged crew members” and denied any knowledge of falsified documents. Fifteen of the 20 crew members were deported to Sri Lanka. The other five claimed asylum.

After leaving Famagusta August 1, the C-Star meandered off the coast of Libya for a week. During that time, Defend Europe posted a photo of Sellner yelling at an NGO ship through a megaphone. Then it posted a recording of Sellner haranguing the captain of a Doctors Without Borders vessel on ship-to-ship radio: “We will start our operation in front of the Libyan coast. We advise you to leave the SAR (Search and Rescue) area, because you are acting as a pool factor for human traffickers, making them billions. We will watch you. The days of your unwatched [garbled] are over.”

To which the captain sighed and said, “Thank you for your information.”

On August 7, Defend Europe tried to refuel at Zarzis, Tunisia, but was thwarted by local fishermen who blocked the refueling channel with small boats, waving signs that read, “No racists.”

Four days later, the captain of the C-Star issued an emergency distress call due to “machinery damage/failure.” He reported the Defend Europe boat was dead in the water. The Maritime Rescue Coordination Centre in Rome dispatched the nearest ship to rescue the crew of the C-Star. That ship was the Sea-Eye, an NGO vessel that Defend Europe was following. As it approached, however, the C-Star captain retracted the distress call. Defend Europe soon posted online that “minor technical difficulties” caused the unnecessary SOS. Satellite tracking showed the C-Star was idle for the next 42 hours.

A week later, Defend Europe abruptly ended its “first mission” after being denied entry by port authorities in Malta. After four weeks at sea, Defend Europe had taken zero immigrants into custody, and sunk zero boats.

Sellner declared victory. “It was a success. Undisputedly. Totally,” he stated.

One month later, the C-Star was still anchored off the coast of Spain with no fuel or functioning navigation equipment. The nine professional seamen still on board, all Sri Lankans, requested emergency assistance from the Red Cross, which provided them with food, water and jackets. They said they had never been paid.

Just after sunrise in London on October 23, a group of Generation Identity members led by Sellner unfurled a huge black-and-gold banner with GI’s name and logo on the side of Westminster Bridge. It read, “Defend London. Stop Islamisation.” The banner drop marked the official launch of the new United Kingdom chapter of Generation Identity. 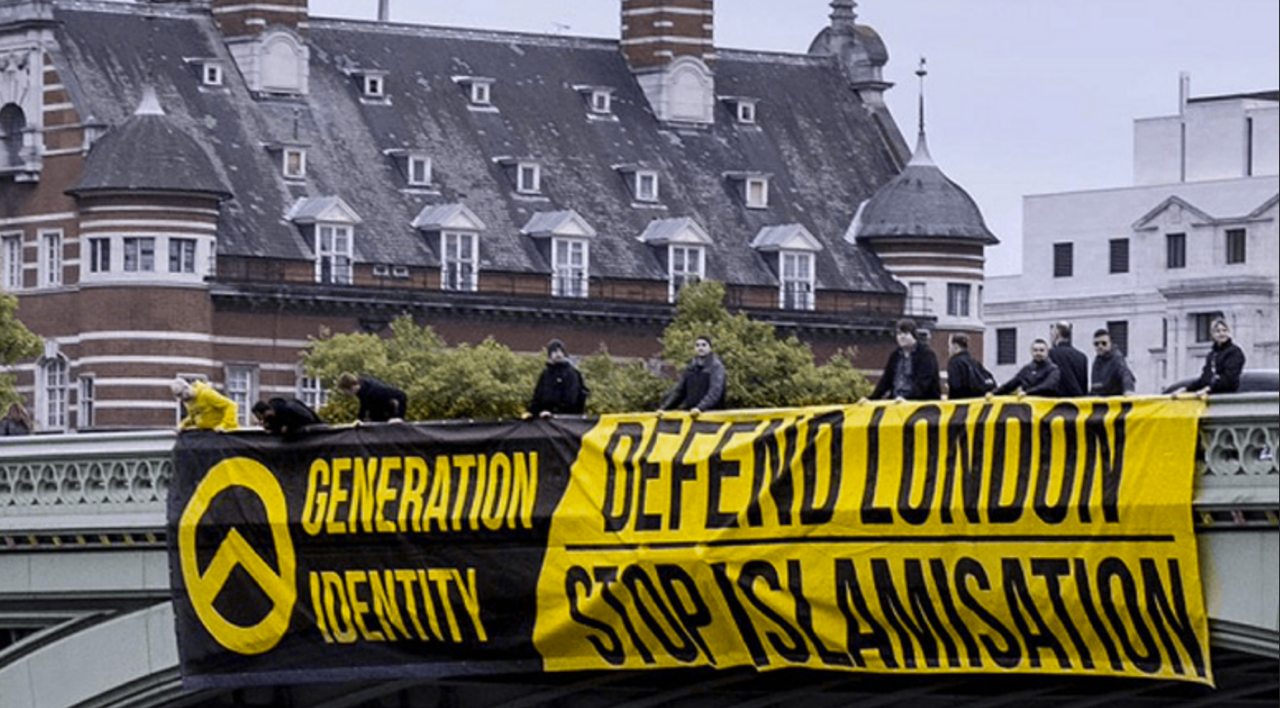 Generation Identity spreads to the UK.

It’d been a heady summer and fall for Sellner. After calling the sudden end to Defend Europe, he’d traveled to America for the first time, and journeyed across Europe, setting up new Generation Identity chapters in Norway, Ireland, and Hungary. He’d gained more than 60,000 new social media followers. He’d met with former British National Party leader Nick Griffin. He’d been invited to speak at a youth rally organized by the U.K. Independent Party, the largest U.K. party in European Parliament (the rally was shut down at the last minute following a Hope Not Hate pressure campaign). And two days before the Westminster Bridge stunt, Sellner was a guest speaker at a meeting of the far-right Traditional Britain Group. He lectured on the looming dangers of what GI members call the Great Replacement, in which “white European identity and culture” is being replaced by “immigration and Islamisation.”

“Before this summer, Sellner was a just a guy from Austria most people in the U.K. hadn’t heard of, even within the far-right. But now he’s a guest of honor at far-right gatherings all over the U.K.,” said Mulhall. “Everyone wants to sit down with Sellner, and that’s a direct result of Defend Europe.”

Mulhall said it appears that Generation Identity is making its new United Kingdom branch the “main hub” of the GI movement. “Its website is very well done, and they’re translating all the content from other countries into English and gathering it there. They clearly have designs on America.”

GI this fall began offering wages to branch leaders, and continues to use the purported success of Defend Europe to raise money, with promises of a second mission in summer 2018.

“Some call us Hitler in disguise,” Sellner said in a recent edition of Identity Quest, his regular Internet broadcast. Its animated opening sequence has a techno soundtrack and a lavender Lamborghini racing across a digital landscape. “But actually we don’t care what they call us. We know what we are standing for, which is our traditional Euro-cultural identity.”