Frightened neighbors in Galloway Township call police when they see man walking about with assault weapons and a tactical vest.

A notorious New Jersey skinhead was arrested late last week after police in the township of Galloway investigated a man walking around with assault weapons and a black tactical vest, whom neighbors had described in calls to the local dispatcher as “suspicious.” 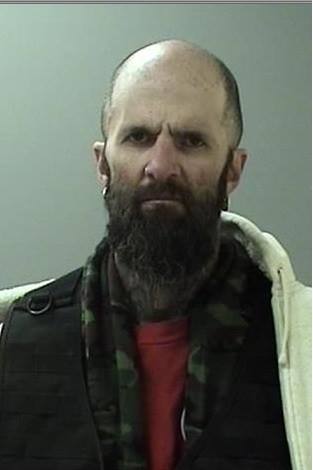 The man they found walking around with the guns turned out to be Thomas J. Turner Jr., a 42-year-old Galloway man better known in Atlantic City Skinheads circles as Tommy “Q-Ball” Turner.

It was shortly after midnight, and Turner not only wore a black tactical vest, he also carried an assault weapon — namely, a .45 caliber Encom MP-45 assault pistol — along with a 30-round extended magazine, loaded with 17 bullets, police later explained in their press release.

Police also say they found drugs on Turner: 15 grams of methamphetamine (which they said was a quantity consistent with distribution), drug paraphernalia and other “suspicious items.” Investigators then went to a storage container unit rented in Turner’s name and found more drugs, including heroin, along with a variety of weapons, ammunition, and extended magazines.

Tommy 'Q-Ball' Turner, in an image taken from social media.

A veteran of the Atlantic City racist skinhead scene, Turner is associated with a now-defunct white-nationalist rock band called Call the Paramedics, which performed at rock venues regularly along the Jersey and Pennsylvania coastal region. The band’s lead singer, Shlak, is also a figure in the independent pro-wrestling scene.