When renowned evangelical preacher Billy Graham passed away at 99, obituaries and memorials in publications across the world recounted his life with admiration — even among his critics Graham won praise. That respect was richly deserved, earned through a steadfast service to a message of faith that superseded political affiliation.

Certainly, Graham made mistakes. But his commitment to the gospel shone through most strongly when he took stock of his shortcomings, asked forgiveness and learned from them. As a Christian, he preached not just from the pulpit but by example. He’s been remembered over the last two weeks for his humility, his equanimity, his nonpartisanship and his open, ecumenical approach to evangelicalism that focused on bringing people into the church, rather than casting them out.

But Graham’s eldest son, Franklin, has chosen to practice an entirely different kind of evangelicalism, one that favors party politics over non-affiliation, and the language of division over the language of compassion. In doing so, Franklin is shirking some of his father’s clearest lessons and putting his legacy in jeopardy.

Famously, Billy Graham’s close association with Richard Nixon — whose antisemitism Graham failed to challenge in face-to-face meetings – brought a hard lesson about partisan politics after Watergate (and later, after the Nixon tapes revealed the offensive conversations). After that, Billy shunned party alignment and counseled every president, regardless of party. When Jerry Falwell asked him to join the politically-oriented Moral Majority, he declined.

But Franklin hasn’t learned from his father’s Nixon-era errors in judgment. He has tethered himself to the Trump administration and all the controversy and scandal that comes with it. In a recent interview with the New York Times, he said of Donald Trump, “People say that the president says mean things. I can’t think of anything mean he’s said. I think he speaks what he feels. I think he’s trying to speak the truth.”

The younger Graham also peddled the “birther” conspiracies against President Barack Obama, and held rallies in all 50 states in the lead-up to the 2016 election.

He also came to Trump’s defense during the fallout from the president’s “shithole countries” comment. Given Franklin’s decades long work with Samaritan’s Purse, which is intended to provide aid to nations in need around the world, including many Trump maligned, Franklin’s allegiance seems especially misplaced.

Billy Graham was known for being ecumenical and inclusive in his interpretation of salvation, and for that he drew the ire of some conservative Christians. In an interview in the ‘90s, he said God is, “calling people out of the world for his name, whether they come from the Muslim world, or the Buddhist world or the non-believing world, they are members of the Body of Christ because they have been called by God.”

President George W. Bush remembered Billy Graham fondly in an obituary published in the Wall Street Journal. He credited the senior Graham with helping him stop drinking, and recalled that following the terror attacks of September 11, 2001, he asked him to deliver the ecumenical service at the National Cathedral in Washington, DC.

His first words in that sermon were words of unity, reminding listeners, “We come together today to affirm our conviction that God cares for us, whatever our ethnic, religious or political background may be.” 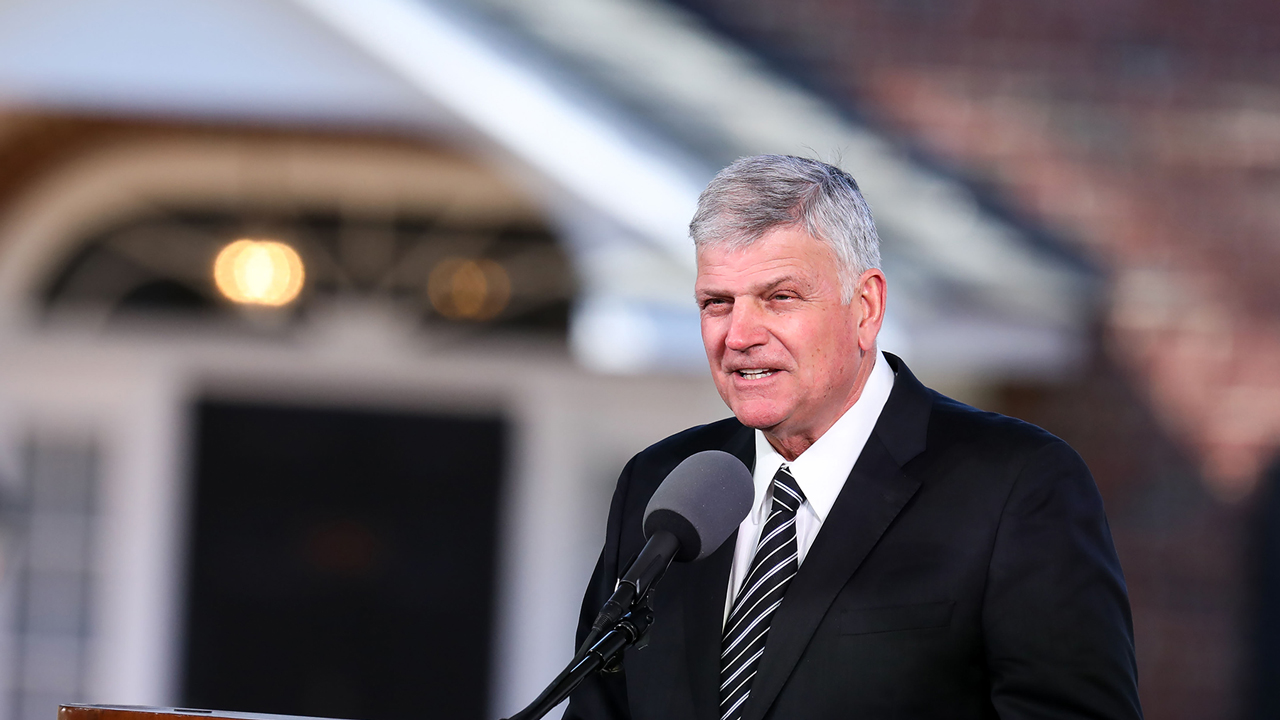 Franklin, for his part, chose to divide. Shortly after 9/11, he gave an interview denouncing Islam as violent, anti-American and inherently undemocratic, capped off with the enduring soundbite that he believes Islam is “a very wicked and evil religion.” Franklin maintains his position on Islam to the present, and although Billy Graham hesitated to criticize his son when asked, he also refused to agree with him.

Billy Graham, like most conservative preachers, was not very accepting of homosexuality. Many of his comments on the subject, including some particularly harsh words in the ‘70s, have been rightly criticized. But for the most part, he stayed out of political discussions of gay rights. In 1993, he suggested during one of his “crusades” that AIDS was a punishment from God. He retracted it a few weeks later with a thoughtful and thorough apology, ““I don't believe that and I don't know why I said it. . . . To say God has judged people with AIDS would be very wrong and very cruel. I would like to say that I am very sorry for what I said.”

In contrast, Franklin has unapologetically made his anti-LGBT views indivisible from his politics. In 2014, he praised Putin’s anti-LGBT policies in Russia, which have led to widespread human rights abuses. Graham said the policies were, “to protect his nation’s children from the damaging effects of any gay and lesbian agenda.” During an interview on Putin’s policies, a reporter reminded Graham that LGBT people can adopt children in the U.S. Graham responded, “Yeah, they can recruit.”

Billy Graham was not perfect, and he by no means made up for every unfair or prejudiced practice in his life — his discriminatory treatment of women, like denying his daughters higher education, is a disturbing standout. But he set an example for trying to put the gospel first, and it’s an example that’s all but slipped away for his heir.

Richard J. Mouw, president emeritus at the evangelical Fuller Theological Seminary, told the New York Times, “I think that Franklin Graham has failed as a Christian leader, both for what he endorses and for what he has failed to criticize. I speak for a lot of people on that one.”

He went on, “A lot of us were deeply grateful to Billy Graham for acknowledging that he aligned himself in unhelpful and actually non-Christian ways with a person in power. We’re grateful that he said, ‘I was wrong, that was a dangerous thing to have done.’ And now, here we see the same patterns repeated, even by his own son.”

Billy Graham was buried last Friday. As evangelicals around the world reflect on his life and legacy, they should consider whether they want to follow his example and learn from his mistakes. If they don’t, they may have buried the best of evangelicalism with him.