Last week, a political reporter at Vox highlighted the antisemitic postings of a former contributor to The Daily Caller, a right-wing tabloid founded by Fox News personality Tucker Carlson.

Moses Apostaticus, aka David Hilton, contributed over 20 articles to the website between August 2016 and April 2017. Apostaticus’ writings for The Daily Caller focused on antifa, George Soros, "identity politics" and "cultural Marxism." One column was titled "Donald Trump Is America’s Julius Caesar."

"Convinced that if Hillary was elected there would be no help for the world, I started writing articles supportive of Trump for Tucker Carlson’s the Daily Caller in Washington. It’s one of the top three conservative news sites in America," Apostaticus wrote after being doxed as Hilton. Apostaticus said his articles "regularly got tens of thousands of readers" for The Daily Caller, including more than 200,000 pageviews for an article about Soros. As The Nation has observed, Soros has become a "stand-in for the time-honored anti-Jewish slanders sensationalized in Europe and elsewhere in the Protocols of the Elders of Zion."

Elsewhere Apostaticus shared antisemitic memes and claimed that Israel was behind the terrorist attacks of September 11, 2001. "The cabal plan on creating a world government in Jerusalem after they cull the goyim with World War III," read one post. On Facebook, Apostaticus shared an article detailing the role IBM played in the Holocaust with the caption "IBM did nothing wrong." 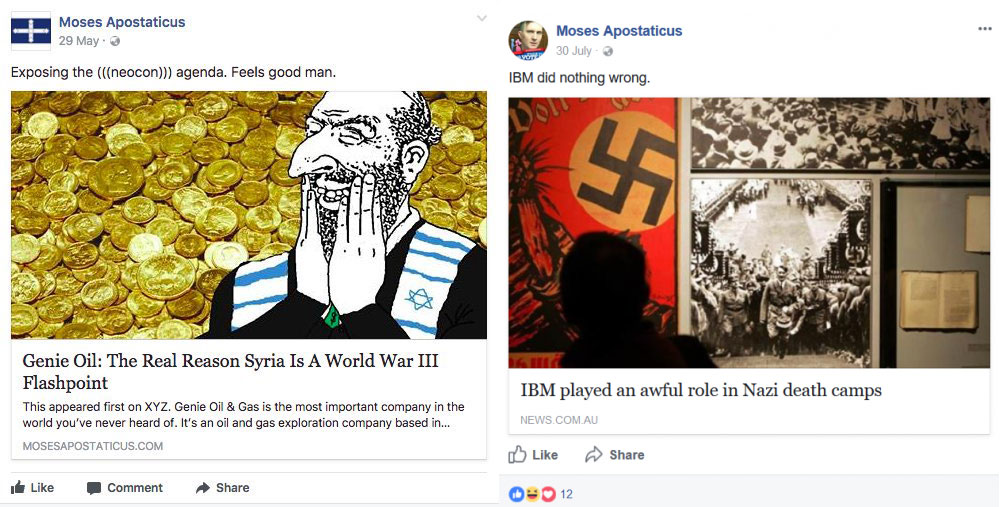 Apostaticus contributed two pieces — including a column titled “How cultural Marxism created the Alt-Right” — to the Australian edition of the conservative The Spectator before being exposed by other journalists. The Spectator subsequently deleted Apostaticus’ contributions in July 2017, though his 20 articles at The Daily Caller remain available on the outlet's website as of today's publication date. 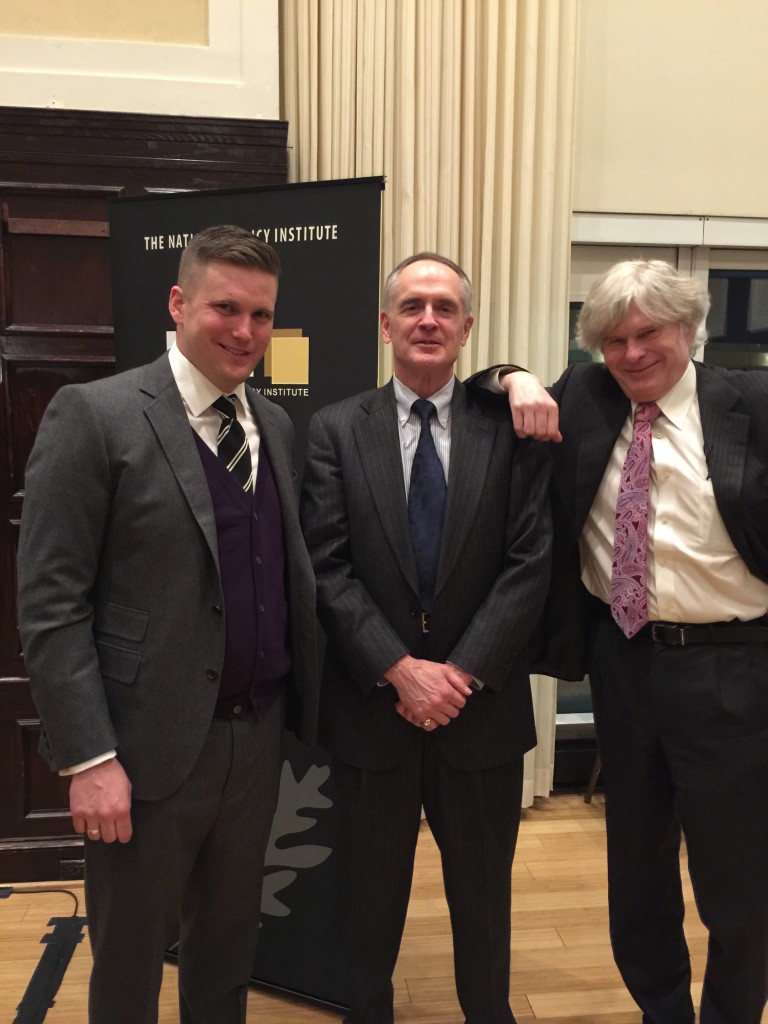 Richard Spencer, Jared Taylor and Peter Brimelow at a National Policy Institute event in 2015. Brimelow has written four columns for The Daily Caller.

Last year, the Southern Poverty Law Center (SPLC) reported on The Daily Caller’s multiple dalliances with the white nationalist "alt-right,” including publishing a regular column by the elder statesman of the racist movement, Peter Brimelow. The neo-Nazi protest in Charlottesville, Virginia, last August that left one dead and 19 injured was organized by another former Daily Caller contributor, Jason Kessler. Kessler covered the original May 2017 Charlottesville demonstration for the publication and failed to disclose that he also helped organize and spoke at the event. The Daily Caller quietly deleted Kessler's work after the violence in August, as it did a video encouraging drivers to run down antiracist protesters. 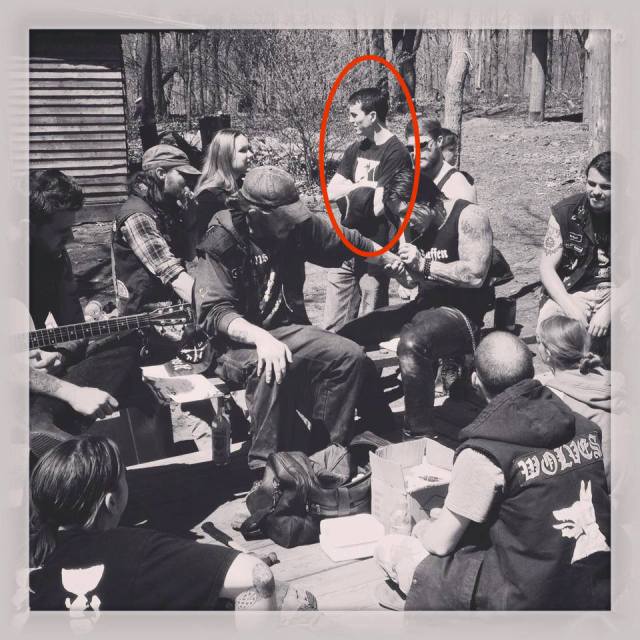 Scott Greer in the red circle wearing a Youth For Western Civilization (YWC) shirt at a Wolves of Vinland gathering.

In February, Greer was spotted at the Conservative Political Action Conference hanging out with Marcus Epstein. Epstein, who was once a close associate of Richard Spencer’s, pleaded guilty to assaulting an African American woman in Washington, D.C., in the late 2000s.

Greer’s continued presence on the masthead undermines whatever it was that The Daily Caller tried to communicate by firing its opinion editor following the backlash to the brief hiring of alt-right popularizer Milo Yiannopolous last November — a hire the former editor said was approved by the publication’s top brass.

The Apostaticus case suggests there might be even more skeletons in The Daily Caller’s closet.