Alt-right figure Milo Yiannopoulos tried on Saturday, June 23, to troll a Jewish journalist with symbols used by neo-Nazis, but the journalist quickly turned the tables on him.

Yiannopoulos bragged on Instagram and Facebook that he’d sent $14.88 to journalist Talia Lavin, who’d just resigned from the New Yorker magazine. The number 1488 is a combination of digits popularly used by white supremacists and neo-Nazis — 14 to represent the infamous “14 Words” (a mantra about securing “a future for white children”) and 88 to represent “Heil Hitler.” 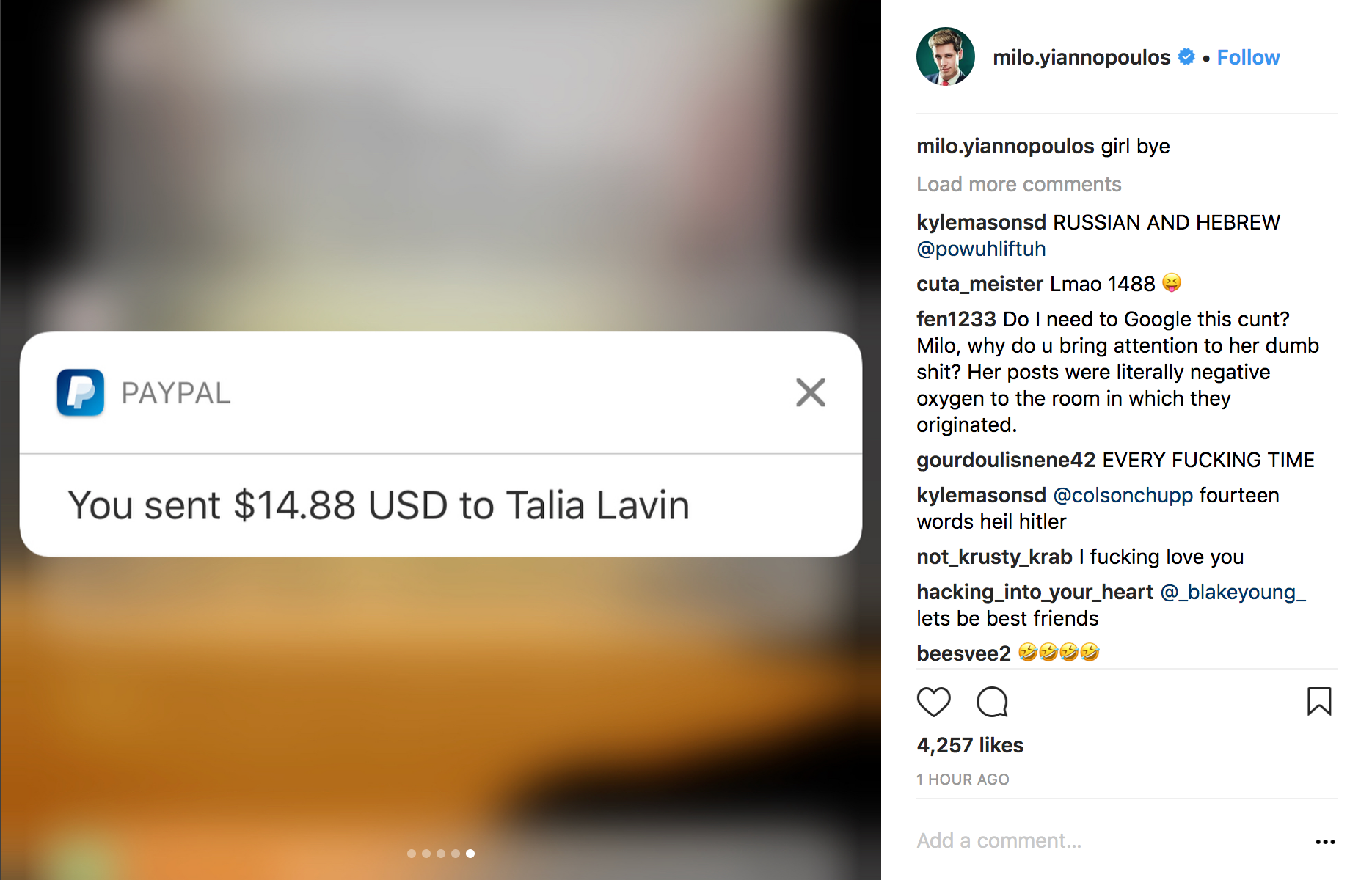 Yiannopoulos, a former Breitbart editor who helped promote the racist alt-right in its infancy, has often played his bigoted actions off as ironic jokes. But all too often he ends up showing sympathy for old-school racist ideas and other types of prejudice. Case in point: directing Nazi symbolism at a Jewish woman.

Lavin had become something of a popular target on the right. Earlier in the week, the New Yorker fact checker erroneously speculated on Twitter that an employee for federal Immigration and Customs Enforcement had been photographed sporting a tattoo of a Nazi Iron Cross on his elbow. The tattoo, his agency later explained, was a "Titan 2" symbol of the Marines platoon with which he served in Afghanistan.

Lavin deleted her tweet and apologized to the employee. But her error became fodder for an array of conservative and far-right figures. The error was splashed across conservative media and Lavin was targeted by antisemitic trolls. An epithet-filled post about her on the racist Daily Stormer website eventually made it to the first page of Google search results for her name. 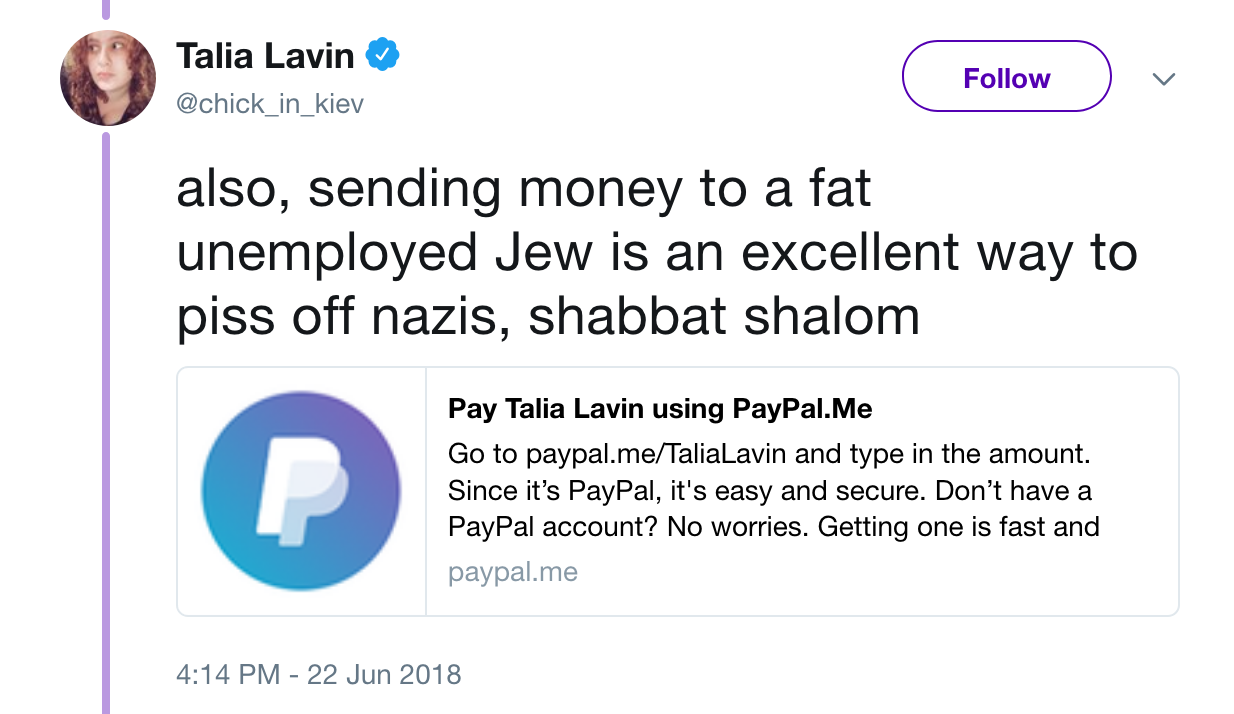 On Thursday, June 21, Lavin announced that she’d resigned from the New Yorker over the matter. She also posted a link on Twitter to her PayPal account because, as she put it, “sending money to a fat unemployed Jew is an excellent way to piss off nazis.”

Yiannopoulos took the bait, sending her $14.88 a short time later.

But Lavin quickly turned the antisemitic prank around on Yiannopoulos. She said on Twitter that she forwarded the cash — plus a penny of her own — to Make the Road New York, an organization that helps immigrant and working class communities.

Yiannopoulos’s gesture also prompted at least a couple of people on Twitter to send Lavin small amounts of money that were symbolic of other things that might be hard for the alt-right to stomach: $19.45 for the 1945 defeat of Nazi Germany and $19.64 for the 1964 Civil Rights Act.