​He likes to dress as a Confederate soldier, sing “Dixie” online and buy guns. Now, he wants out of jail and thinks his attorney isn’t doing enough to make it happen.

The “Asian Nazi,” aka 24-year-old Heon Jong “Hank” Yoo of Tyler, Texas, and his Dallas-based lawyer appear to have a strained relationship after three months of working together.

Yoo, who faces seven charges related to his purchase of five guns, ammunition and accessories, wrote a letter to U.S. District Judge Robert W. Schroeder III in Texarkana, Texas, complaining that Mickelson hasn’t done enough to investigate the case nor enough to get him out of the jail in Longview, Texas, where he’s being held pre-trial.

In the letter, filed July 5, Yoo denies the charges against him, says he has no incentive to flee before trial and that Mickelson has a “political motive” to keep him in jail and see a conviction.

You claims Mickelson told him “You have poor judgement. Trump hates you because you are an immigrant.” Yoo has been an outspoken supporter of President Donald Trump.

“He is acting more like a prosecutor rather than a zealous advocate,” Yoo wrote.

Mickelson did not address the specific allegations made against him by Yoo. Instead, Mickelson said such filings will push his client into making a legal decision if he persists.

The federal Bureau of Alcohol, Tobacco and Firearms arrested Yoo on April 9, but his case remained sealed until April 20. Parts of the case still remain under seal by order of a judge. 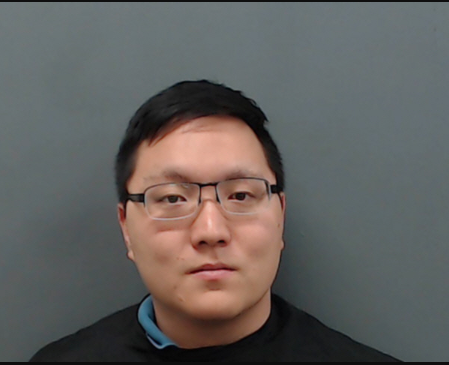 Heon "Hank" Yoo, aka "The Asian Nazi," is in an east Texas jail awaiting trial on federal gun charges. He's filed a hand-written motion with a judge asking to be released from custody.

Yoo, who has at least three prior arrests, is being held at the Gregg County, Texas, Jail in Longview.

Schroeder has set an August 21 deadline for Yoo and prosecutors to reach a plea agreement. If no deal is to be had by then, trial is set for September 10 in Tyler, Texas.

Yoo thrust himself into the public eye with YouTube videos of himself singing “Dixie” while wearing a replica of a Confederate soldier’s uniform and holding a sword and latching on to the alt-right’s fascination with Taylor Swift by in a video entitled “Sieg Heil Taylor Swift” which saw him singing along to the pop star’s songs.

Yoo’s YouTube channel has been taken offline, but videos and interviews with him can be easily found.

Taking his show into real life, Yoo went to the University of North Texas campus in Denton, Texas, in 2016 and waved a Confederate flag. He told the North Texas Daily the stunt was designed to rile up “as many liberals as possible.”

Yoo told the paper he was banned from four other universities because of his beliefs and “disagreeing and calling a feminist professor a ‘fat f---’.”

Yoo has also done multiple interviews that were recorded and posted to YouTube.

Yoo, a South Korea native whose grandfather was once a prosecutor in that country, told the YouTube channel “PillEater,”  — run by Francis Nally who also runs the website www.pilleater.com — in a video interview that the Civil War was about “Jews coming into America.”

“And they ruined our God-damned country,” said Yoo who wore a black cowboy hat during the video.

Yoo has identified himself as a supporter of President Donald Trump and backing his nationalist beliefs.