The U.S. Department of Justice has reopened the unsolved murder case of Emmett Louis Till, a 14-year-old African American boy from Chicago who was brutally murdered in 1955 in Mississippi.

Two white men were charged and tried that same year for Till’s murder in Tallahatchie County, Mississippi, but were acquitted by an all-white jury after a five-day trial.

Till’s lynching remains one of the most horrendous episodes in a long history of violence and racial intimidation in America and many historians point to it as a catalyst for the emerging Civil Rights movement.

On August 21, 1955, Till was picked up by relatives at a train station in Grenada, Mississippi, and driven 30 miles west to Money, a community of just 400 people located in Leflore County. He planned to stay with his great-uncle and cousins for a two-week vacation. The town of Money was a sharp contrast from the bustling south side Chicago neighborhood that Till had left behind. Although Chicago was a racially segregated city (Till attended a segregated elementary school as a child), the young Emmett was not prepared for the level of segregation he was about to encounter in Mississippi, despite the warnings from his mother.

And recent events in Mississippi had only fueled greater racial unrest. On May 7, 1955, George W. Lee, a black minister who was head of the Belzoni branch of the NAACP, was shot and killed by an unidentified assailant. Just one week before Till boarded a train for Mississippi, Lamar Smith, a black voting rights activist, was shot dead on the steps of the Lincoln County courthouse as he was helping black voters fill out absentee ballots for a local election. No one was charged in either killing.

On August 24, 1955, Till, his cousins and some friends went to a nearby grocery store. What happened next is still unclear. Till went into the store, bought some candy, and allegedly said something to the woman behind the counter, Carolyn Bryant, which upset her. At the time, Bryant, whose husband owned the store, claimed that Till grabbed her hand, made inappropriate sexual remarks, and then “wolf-whistled” at her as he walked out the door. In a 2009 interview, Till’s cousin confirmed that he did whistle at Bryant as he walked out of the store but emphatically denied Till made inappropriate remarks while inside. And Bryant herself, albeit decades later, admitted in an interview with a Duke University senior research scholar that the events inside the store she originally testified to in court as being accurate were “not true” and “nothing that boy did could ever justify what happened to him.” 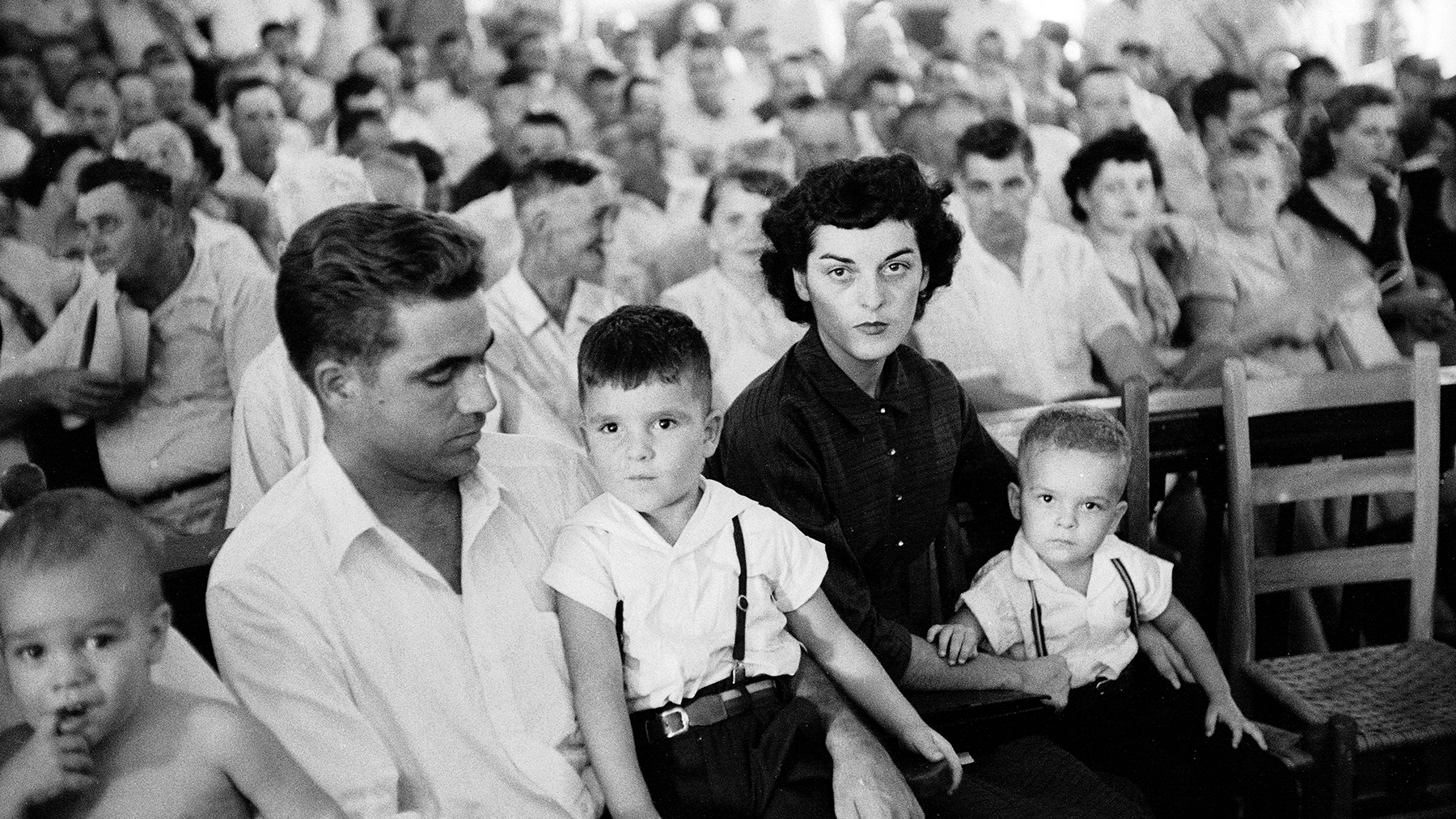 Bryant’s husband, Roy Bryant, was away on business in Texas but found out about the incident shortly after his return several days later. Enraged, he and his half-brother, John William "J. W." Milam, went to the home of Till’s great uncle, Mose Wright, and demanded to see the boy. They then forced Till into their car and drove off. The two men, possibly aided by other men who have never been identified, beat and shot Till dead. They then threw his body into the Tallahatchie River with a 75-pound metal fan tied to his neck with barbed wire, to ensure the body would be weighed down.

Three days later, Till’s corpse was found and was so disfigured that Wright could only identify it by a ring on his finger with the initials “L.T.” (the ring once belonged to Emmett’s father, Louis Till). His mother, wanting the world to see how her son had died, demanded an open casket at his funeral in Chicago, stating “Let the people see what they did to my boy.” Thousands of mourners passed by Till’s coffin. Two publications, Jet magazine and the Chicago Defender newspaper, published photographs of Till’s disfigured face and body.

Roy Bryant and Milam were charged with Till’s murder but were acquitted on September 23, 1955. They later gave an interview to Look magazine, in which they admitted they had murdered Till.

Roy Bryant died of cancer at the age of 63 in 1994. Milam also died of cancer, at 61, in 1980. Carolyn Bryant, now using the name Carolyn Bryant Donham (she divorced Roy and married two more times), is now 84 and lives in Raleigh, North Carolina. It is unclear if she can be charged federally, either with perjury or obstruction of justice, after so many years. The SPLC contacted the Department of Justice but it declined to comment on the investigation.

However, although federal charges against Donham or other individuals are unlikely, the reopening of the Till case may provide some type of closure for the Till family and their supporters, even though it may only be symbolic. Wheeler Parker, a cousin of Till’s, was recently quoted in an interview with CNN as stating that he hopes the reopening of the case will lead to his cousin’s name being cleared, ensuring that “he didn't die in vain."

Robert Moore is a member of the Board of Supervisors of Leflore County, and his district covers the town of Money (which today has less than 100 residents). Regarding the decision by the Department of Justice to reopen the Till case, Moore stated “I have no problem with them reopening the case as it was such a miscarriage of justice. If they have new evidence, they should reopen it, even though almost all the witnesses have passed away.” However, Moore acknowledged that due to the passage of time, “interest in the case has died down.”

But Moore also noted parallels between the era of the Emmett Till case and today: “You have all of these police killings of black men. You can kill a black man for any reason or no reason at all. This is 2018 and this kind of crap is still going on. The system that covered up the Emmett Till case is still in place today, covering up the murder of young black men in this country. Plain and simple.”

“Social media has helped bring it to light but it is still occurring. There is a partial outcry but there needs to be a national outcry. And I don’t see that happening today.”