A 24-year-old man is charged with homicide in the early Sunday morning stabbing death of Dulane Cameron Jr. of Monaca, Pennsylvania. The suspect, Joden C. Rocco, also has a social media presence that suggests he was steeped in the racist “alt-right.”

Surveillance footage shows Rocco attacking Cameron and his friend, according to the criminal complaint, before confronting the group a second time with a knife. The medical examiner said the cause of Cameron’s death was “massive bleeding.”

The Pittsburgh Post-Gazette reported on Monday that an undated, 16-second Instagram video showed Rocco defiantly using racial slurs in a bar. “We’re playing a game,” Rocco said in the video. “How many times we can say [N-word] to the bartender before we get kicked out.” It was unclear whether the video was made the night of the murder.

On Facebook, Rocco “liked” nearly 50 pages that traffic in memes and slang favored by the alt-right and the broader white nationalist movement.

Rocco subscribed to pages like “Alt-Right Meme Magic,” “Smash Cultural Marxism,” and “Lazer-Beamed Memes with Fashy Themes,” as well as a scattering of motivational speakers and other pages dedicated to body building. Rocco subscribed to the page of Identity Dixie, an SPLC-designated neo-Confederate hate group.

While Rocco followed larger pages that have promoted alt-right ideas or personalities —like Breitbart, Milo Yiannopolous, and FOX News’ Tucker Carlson — 40 of the pages he subscribed to had fewer than 20,000 likes.

Setting aside the larger page of The Red Elephants (332,373 Likes), a far-right media outlet that has given a platform to white nationalists in the past, the average number of likes on alt-right pages Rocco subscribed to was around 12,500. The large number of small, esoteric pages Rocco followed suggests a sophisticated and committed engagement with the racist subculture.

A review of Rocco’s recent activity confirms this engagement. In the week before the murder, Rocco liked 12 different posts on alt-right related pages, including a post from Australian hardcore white nationalist Blair Cottrell and a meme from the Facebook page “Sons of the West” that features a quote from the interwar period British fascist Oswald Mosley. 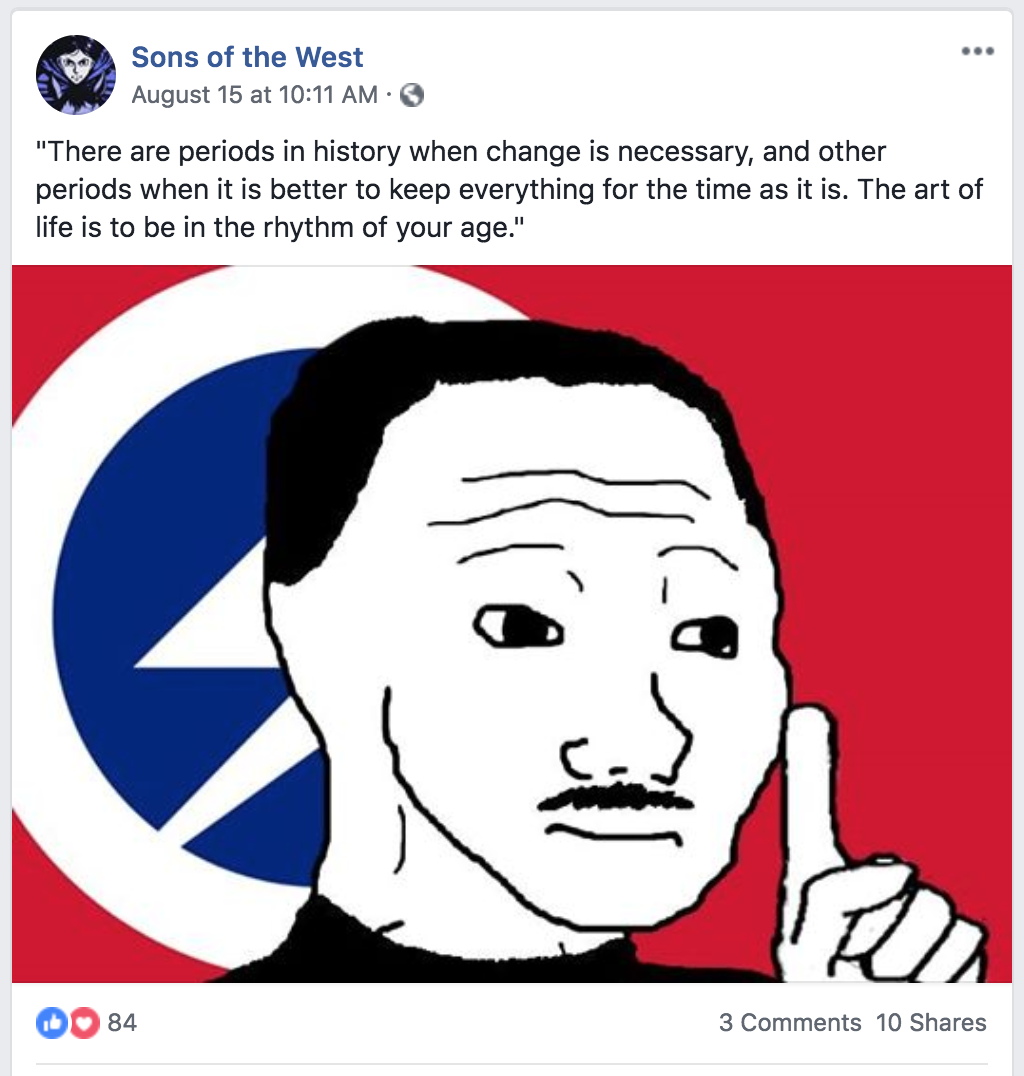 Rocco also liked two videos from the Facebook page “Omniphi” that featured speeches from William Pierce, the late leader of what was once the most influential neo-Nazi organization in the U.S., the National Alliance. 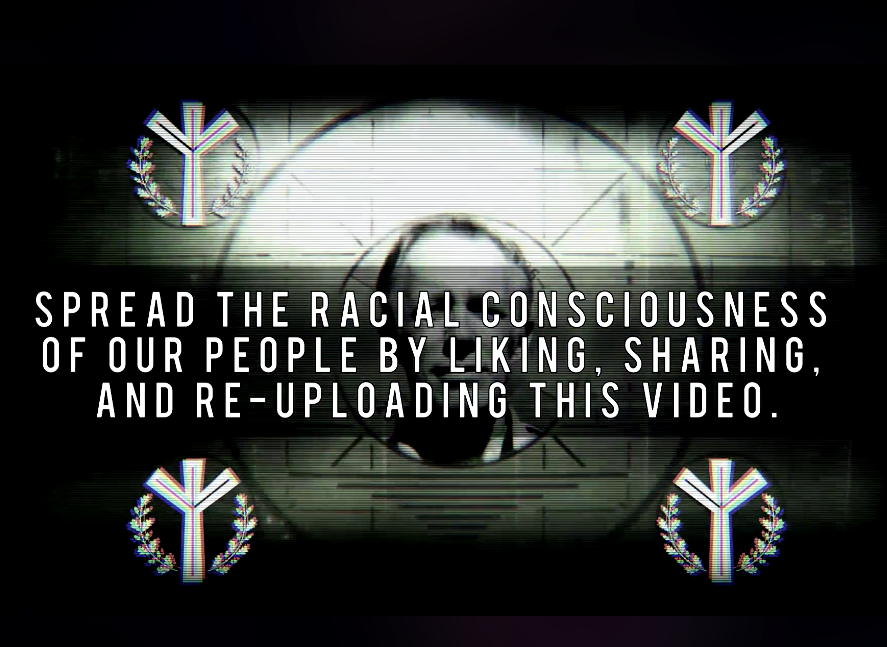 On Saturday August 18, the day before the murder, Rocco liked a post from a Facebook group called “Mediocre Memes and Ethnostate Dreams” featuring an illustration of a 1950s suburban neighborhood with the comment “Remember what they took from you.” 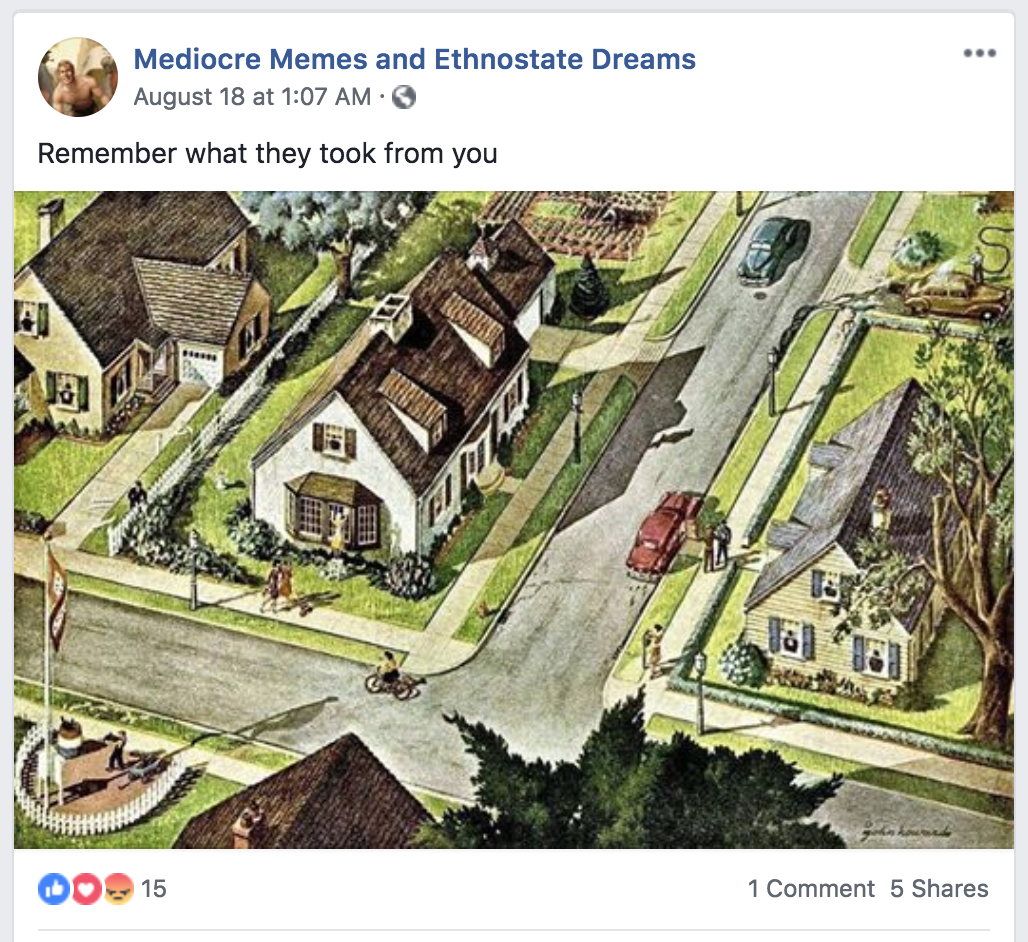 On Saturday, August 18, the day before the fatal stabbing, Rocco liked this post from “Mediocre Memes and Ethnostate Dreams.”

The facts around the Sunday's violence recall the May 2017 fatal stabbing of Richard Collins III, a young black man on the University of Maryland campus. The alleged murderer, Sean Urbanski, who is white, fatally stabbed Collins in an attack authorities called “totally unprovoked.”

It was later revealed that Urbanski subscribed to a Facebook page called “Alt Reich: Nation", which was removed by Facebook after the murder. Urbanksi was included in the February 2018 SPLC report on alt-right inspired killers. Hate crime charges have since been brought against Urbanksi.