Benjamin Drake Daley, one of four men just charged federally in Virginia with rioting in Charlottesville in August 2017, was involved five months earlier in similar violence in California.

Yet after the violence on March 25, 2017, at Bolsa Chica State Beach in Huntington Beach, California, state and local prosecutors in California decided not to pursue criminal charges against members of a pro-Trump group that called itself “DIY Division” before becoming Rise Above Movement (RAM). 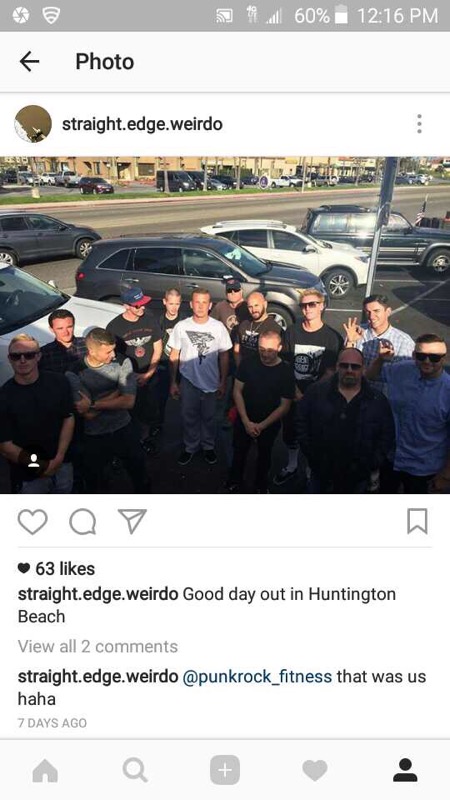 Members of DIY Division in 2017. Benjamin Daley is on the far left.

“I find it ironic that authorities in Virginia found it proper to file charges against this group, while the prosecutor and authorities here in California choose to do nothing for similar conduct five months before Charlottesville,” Gustavo Arellano, the former editor of OC Weekly, told Hatewatch today.

Two photographers and a reporter for the alternative weekly newspaper, based in Orange County, California, were among those assaulted in the March 2017 brawl at a pro-Trump “Make America Great Again” rally in Huntington Beach between pro-Trump supporters, the DIY group and counter-protesters, including members of antifa.

One of the assault victims, Frank John Tristan, was covering the “MAGA March” as an intern reporter for OC Weekly. As he came to the aid of two photographers surrounded by right-wing rallygoers, Tristan said, he was struck in the face a couple of times by a DIY Division member he later identified.

“All the violence that happened that day, they [state park police] were standing outside and watching it, but not intervening,” Tristan said.

“From what I’ve seen, the focus has never been on white nationalists or the alt-right,” said Tristan. “It’s always been the anti-fascists. Those are the people that the police seem to go after.”

He told Hatewatch, “No members of Rise Above Movement who attacked people that day, including me, are facing any charges stemming from the Huntington Beach MAGA march.”

Arellano, who’s now a columnist for the Los Angeles Times, said today that he made complaints with the Orange County District Attorney’s Office and the California State Parks Police, urging those agencies to investigate the assault of the DIY Division members.

“The Orange County District Attorney had the chance to stop this group at the start but chose not to before its members went on to Charlottesville and got involved in violence there,” Arellano told Hatewatch.

After Huntington Beach, the brawlers of DIY/RAM went to other rallies in California to cause havoc. They weren’t arrested at any of those, either.

At the “Unite the Right” rally in Charlottesville in August 2017, federal authorities allege in court filings that Daley was a significant player in violence that occurred.