A diverse and powerful cast of elected officials from New York called for law enforcement to act after a video surfaced showing members of the Proud Boys, joined by ultranationalist skinheads, viciously attacking people this weekend in New York City.

The most prominent official to speak out about the violence was New York Gov. Andrew Cuomo, who issued a statement on Sunday, Oct. 14, calling on the FBI to investigate the incident and ordering the State Police Hate Crimes Unit to assist the feds and local police.

He also tweeted a message for the Proud Boys, which is headquartered in New York City and which the Southern Poverty Law Center has designated a hate group for its links to white nationalists and its use of anti-Muslim and misogynistic rhetoric.

“Here’s a message from a Queens boy to the so-called ‘proud boys’ — ​NY has zero tolerance for your bs,” Cuomo tweeted. (His capitalizations throughout.)

The attacks were carried out Friday night near the Metropolitan Republican Club in New York City, where Proud Boys founder Gavin McInnes had been invited to speak to the GOP faithful and feted as someone who’d “taken on and exposed the Deep State Socialists and stood up for Western Values.” Those who were beaten appeared to be people who’d shown up to protest the event, although the attacks took place blocks away from the club.

McInnes himself has engaged in violence and promoted its use. He was seen on video last year punching a protestor in Washington, D.C., and he has declared: “I cannot recommend violence enough. It’s a really effective way to solve problems.”

Friday night, he brought a sword to his speech at the Republican club and performed a dramatic reenactment of what he described as an “inspiring moment” in history — the assassination of Japanese socialist leader Inejiro Asanuma by a teenage ultranationalist. As he left the venue, he brandished the samurai blade in the street for good measure. (NYPD said the sword was plastic.)

As first reported by the SPLC on Saturday, at least three ultranationalist skinheads, including one who runs a hate music label in New York, were among the group that carried out the attacks. One video of the attack showed a man screaming, “F-----!” as he kicked a person curled up on the pavement. Another video showed a man describing his beating victim as “a f------ foreigner.”

In condemning the attacks, New York officials were pushing back, either knowingly or otherwise, against a narrative that McInnes has been attempting to spread — that the Proud Boys members were justified in their actions. On his “Get Off My Lawn” podcast on Sunday, Oct. 14, McInnes said his group was dealing with a “climate of fear” because the Republican club had been vandalized ahead of his speech.

“When you set up this climate of fear, you have people that are going to be aggressive, you know?” McInnes said.

By Monday, the New York Police Department announced it had enough evidence to charge nine people from the Proud Boys’ side, though it was unclear whether any arrests had taken place. The department also said three people — protesters of the event who were described by police as antifa — were arrested Friday night in connection to a separate brawl nearby.

Here are the statements of six elected officials, all of them Democrats, who called for law enforcement to take action against the Proud Boys:

Cuomo’s office put out a lengthy statement, including quotes from the governor, following the attacks. The statement made reference to the SPLC’s designation of the Proud Boys as a hate group and called on the FBI to launch an investigation. 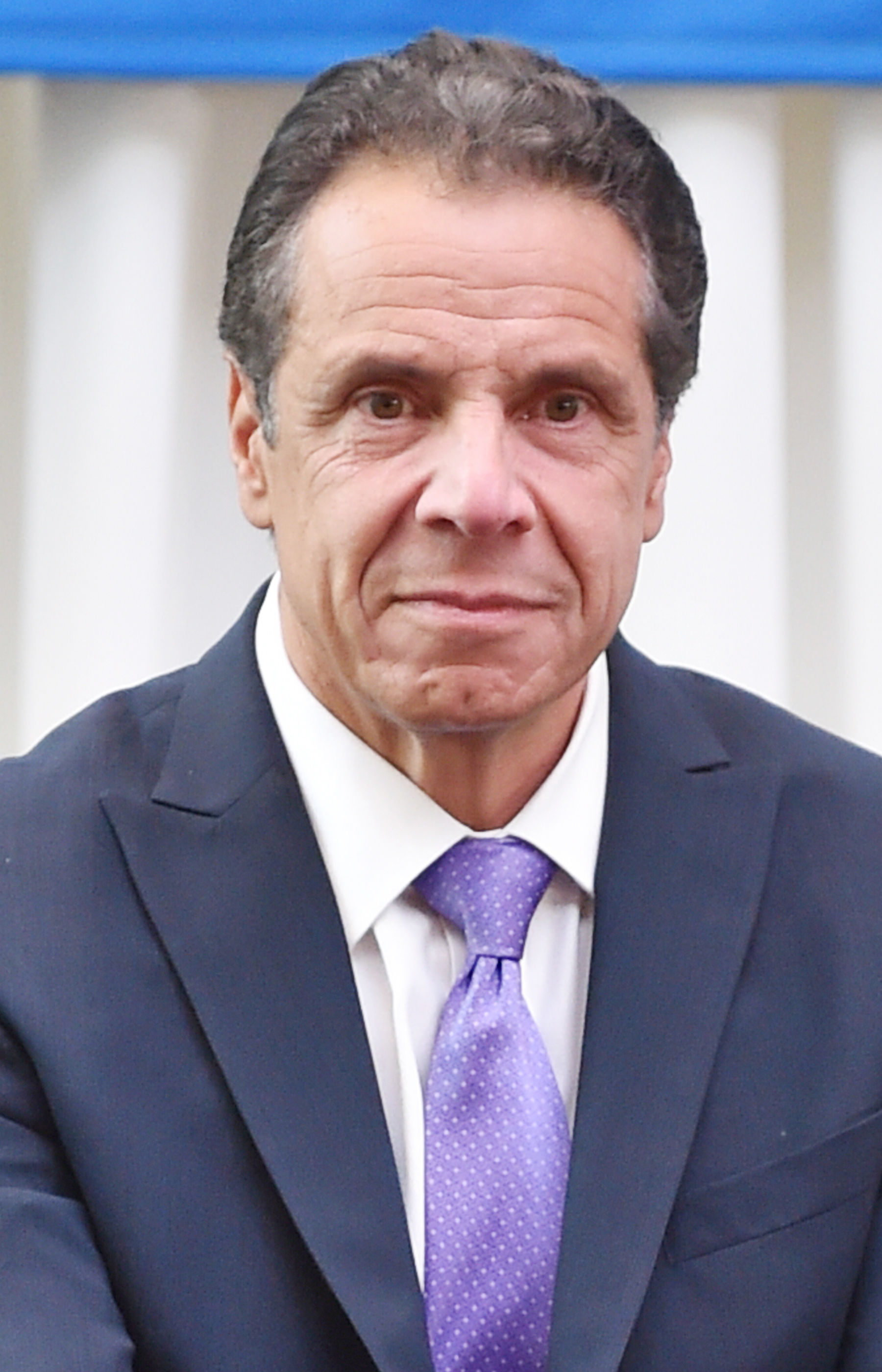 Cuomo also criticized President Donald Trump for “fanning the flames of racism” and questioned why the Metropolitan Republican Club had invited the leader of a hate group to speak there.

Here are the governor’s quotes from the statement:

The bottom line is that I hold the President responsible for demonizing differences, fanning the flames of racism and division and creating a fire of hatred and violence. … These vile acts of racism, division and discrimination are repugnant to American values, and have no place in our state. Why did this club invite the Proud Boys, a hate group with a history of inciting violence? Do you believe they have a positive contribution to the political dialogue at this time?

The governor also posted a tweet Saturday night linking to a BuzzFeed News article about the violence:

Authorities must review these videos immediately and make arrests and prosecute as appropriate. Hate cannot and will not be tolerated in New York.

Here’s a message from a Queens boy to the so-called ‘proud boys’ — ​NY has zero tolerance for your bs.

Underwood was appointed as attorney general earlier this year after the person elected to the office, 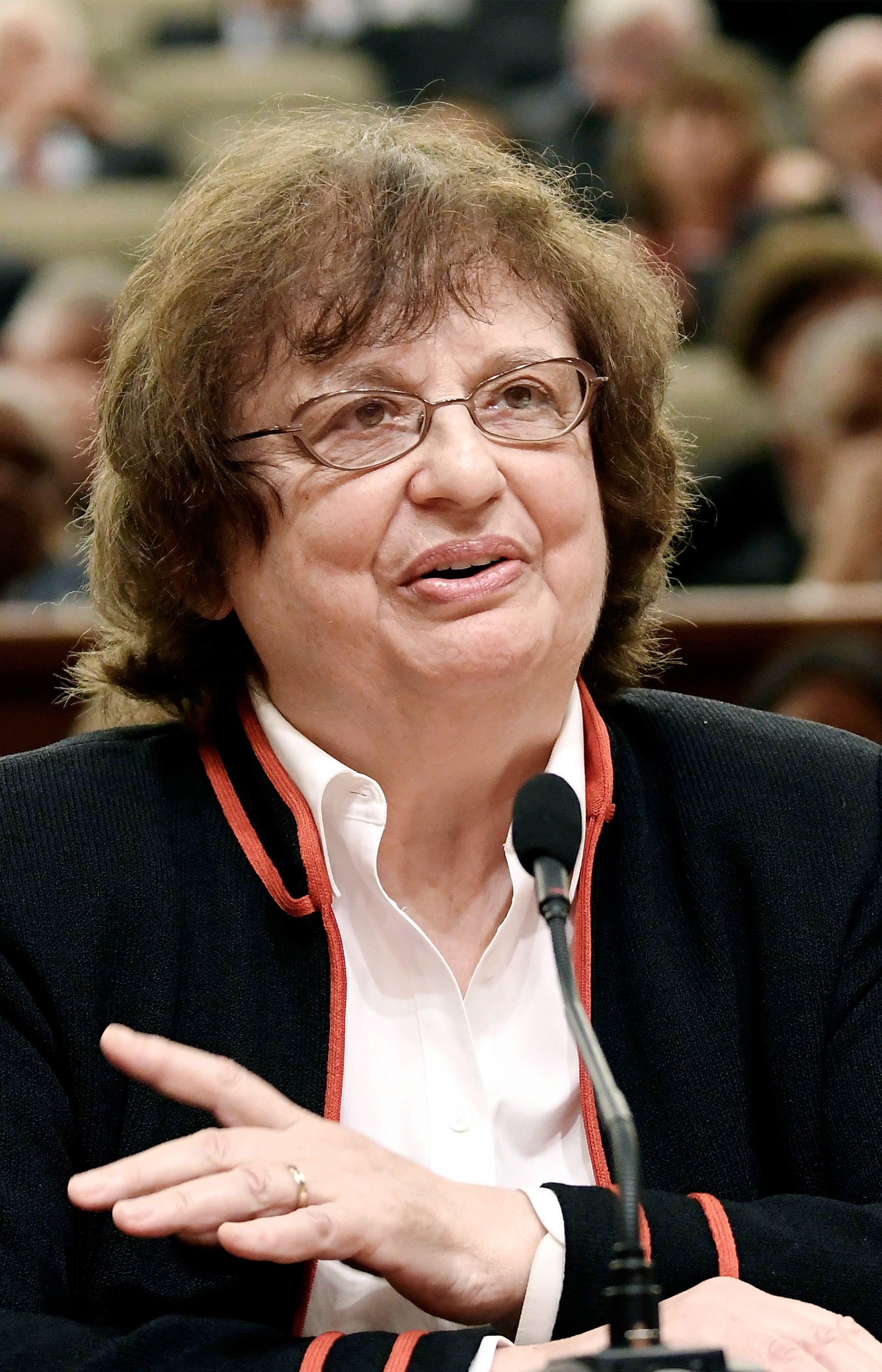 Eric Schneiderman, resigned amid allegations of physical and sexual abuse. She isn’t running for a full term, and her tenure is up at the end of the year.

Sunday, Underwood posted a tweet calling out the Proud Boys by name and saying the New York Police Department should “bring the perpetrators to justice.”

I’m disturbed and disgusted by last night’s attacks involving the so-called “Proud Boys.” Hate has no place in New York. This warrants immediate and thorough investigation by the NYPD to bring the perpetrators to justice. Anyone with information should call 1-800-577-TIPS.

In a video of the attack posted by independent journalist Sandi Bachom, New York City police officers could be seen stepping into the melee but making no arrests. 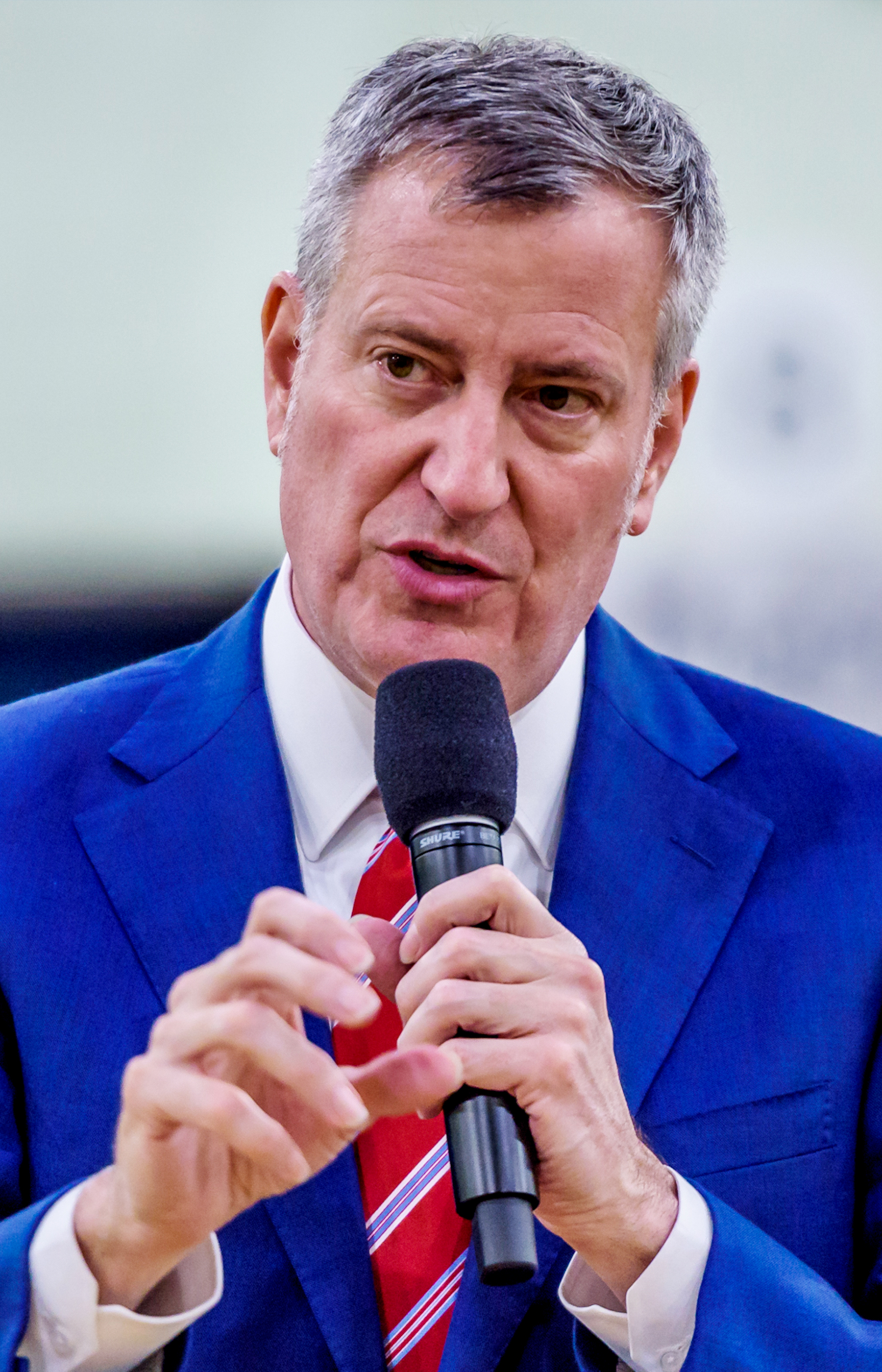 In response to criticism of how the NYPD handled the situation,

the mayor said in a tweet Saturday that the NYPD was “fully investigating” the matter. He also mentioned the Proud Boys.

The NYPD is fully investigating last night’s attack involving the Proud Boys. If you know anything, the NYPD wants your help. Hate is never welcome in NYC and we will punish those responsible — whether they threw punches or incited violence — to the fullest extent of the law.

James is the second-highest ranked elected official in NYC. 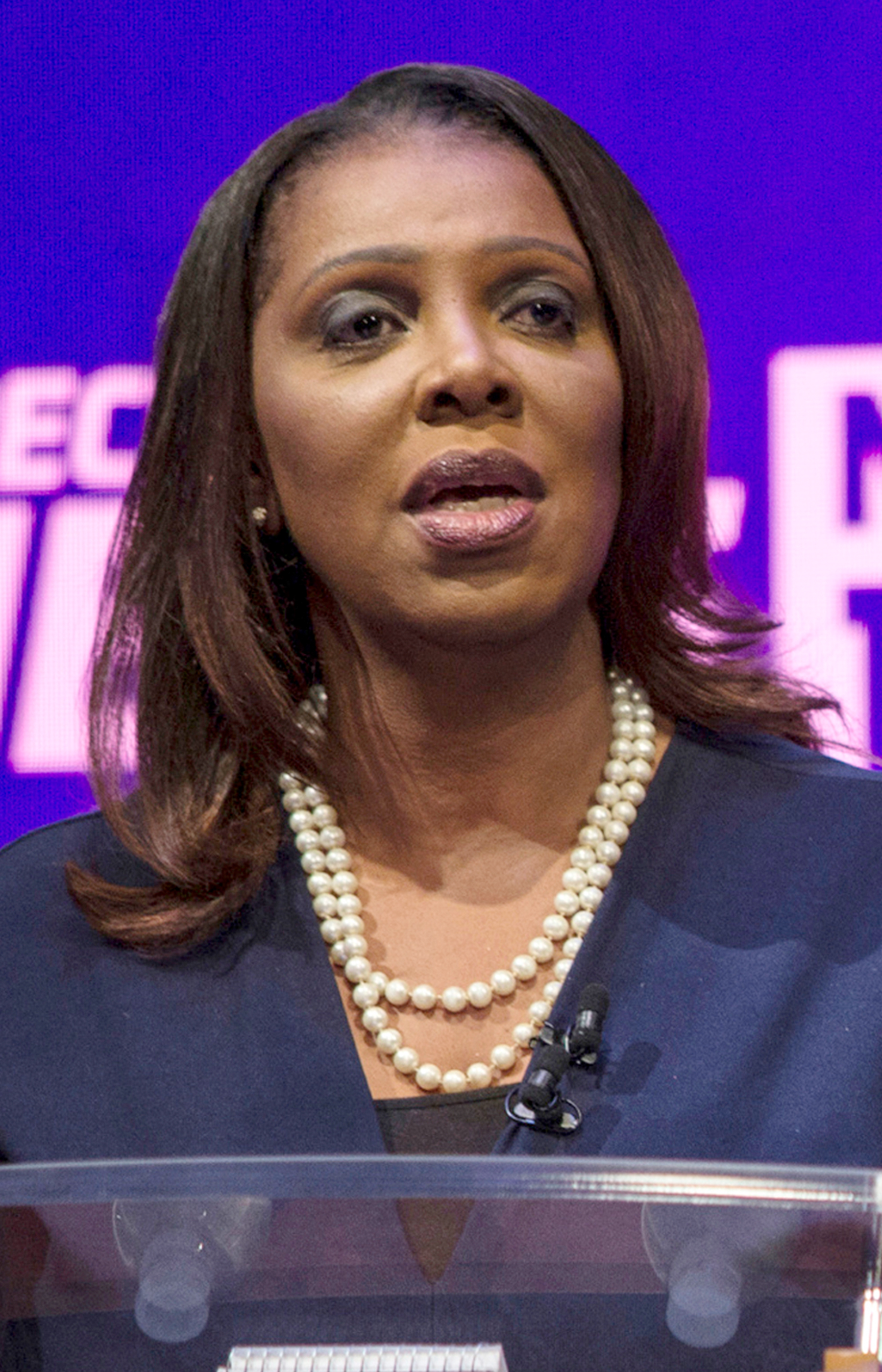 She’s also the first woman of color to hold the job. The day after the attacks took place, she called on the local prosecutor to seek hate crimes charges in the attack and invoked the 2017 white nationalist “Unite the Right” rally in Charlottesville, Virginia. That rally culminated in a man driving his car into a crowd of people, killing anti-racist activist Heather Heyer.

Here’s the full statement from James:

I am disturbed and disgusted by the videos I’ve seen of members of the neo-fascist, white supremacist Proud Boys group engaging in hate-fueled mob violence on the streets of New York City. New York will not become the next Charlottesville, and we refuse to let the actions of a hateful few define our City.

I call on the NYPD to investigate and arrest each and every individual involved. Given the clear homophobic and anti-immigrant sentiments expressed in the videos, I strongly encourage Manhattan District Attorney Cy Vance to pursue hate crimes charges in this matter.

Johnson used his perch atop the 51-member council to call out the hate a day after the attack. He posted two tweets Saturday, with the first citing an SPLC tweet about the Proud Boys and calling the attack “disgusting and horrifying.” 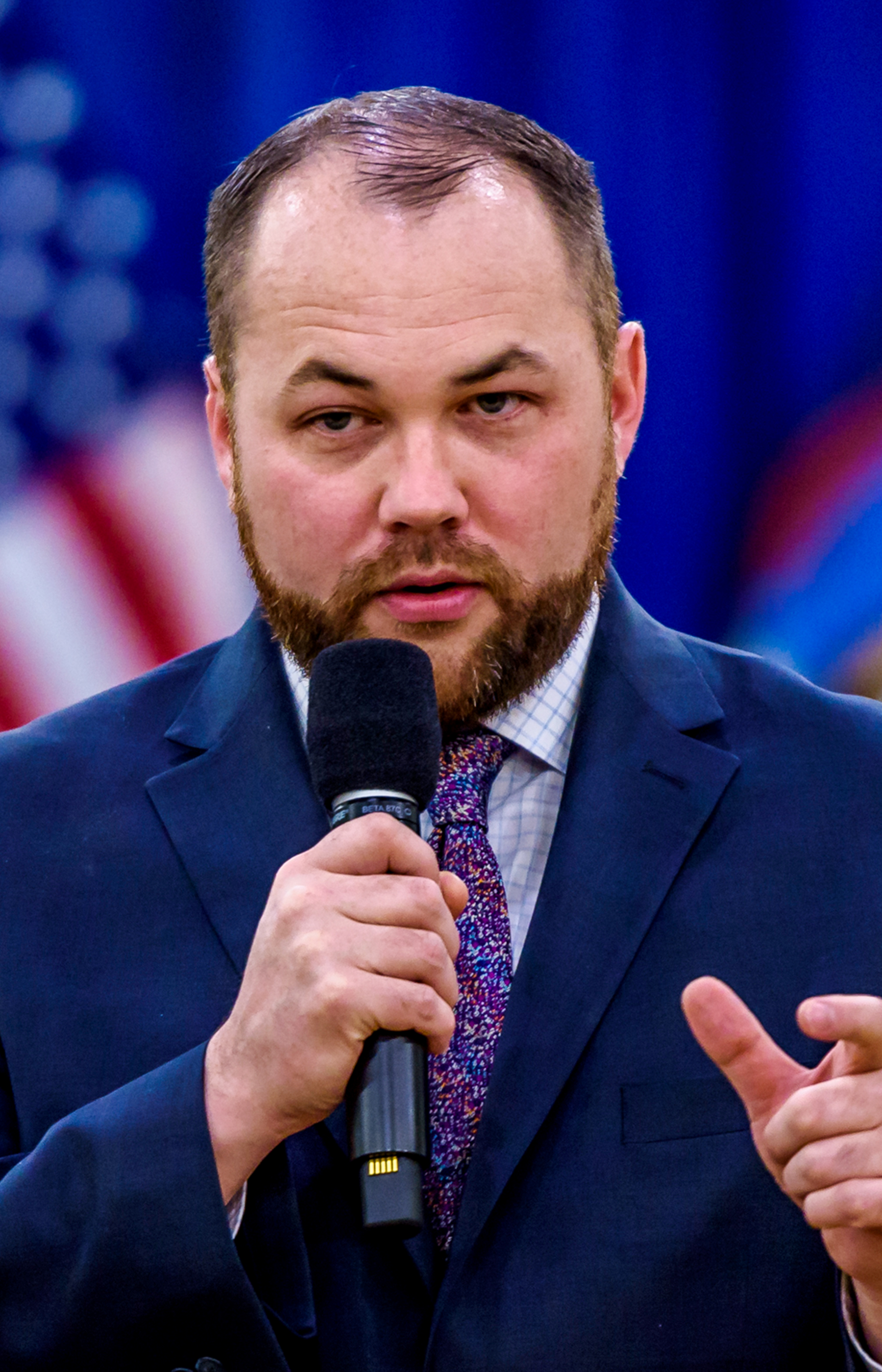 In the second tweet, he said the “NYPD must conduct a thorough investigation of what happened last night and bring the perpetrators of violence to justice."

Johnson, who is gay and HIV-positive, took his comments further on Monday at a news conference in front of the Metropolitan Republican Club. There, he called out the Proud Boys as a group of guys “who refuse to grow up, feeding off false, toxic notions of masculinity, rooted in resentment and loneliness.”

He also demanded an investigation into how the police handled the violence, noting that officers were on scene during the attack.

“The NYPD pulled up here while violence occurred and nobody was arrested,” Johnson said at the news conference, according to the news site Patch. “How is that possible?”

Stringer is the financial chief for the nation’s largest city, which gives him a lot of power in plenty of areas. But he used his bully pulpit Saturday and Sunday to call for prosecutions of the attackers. 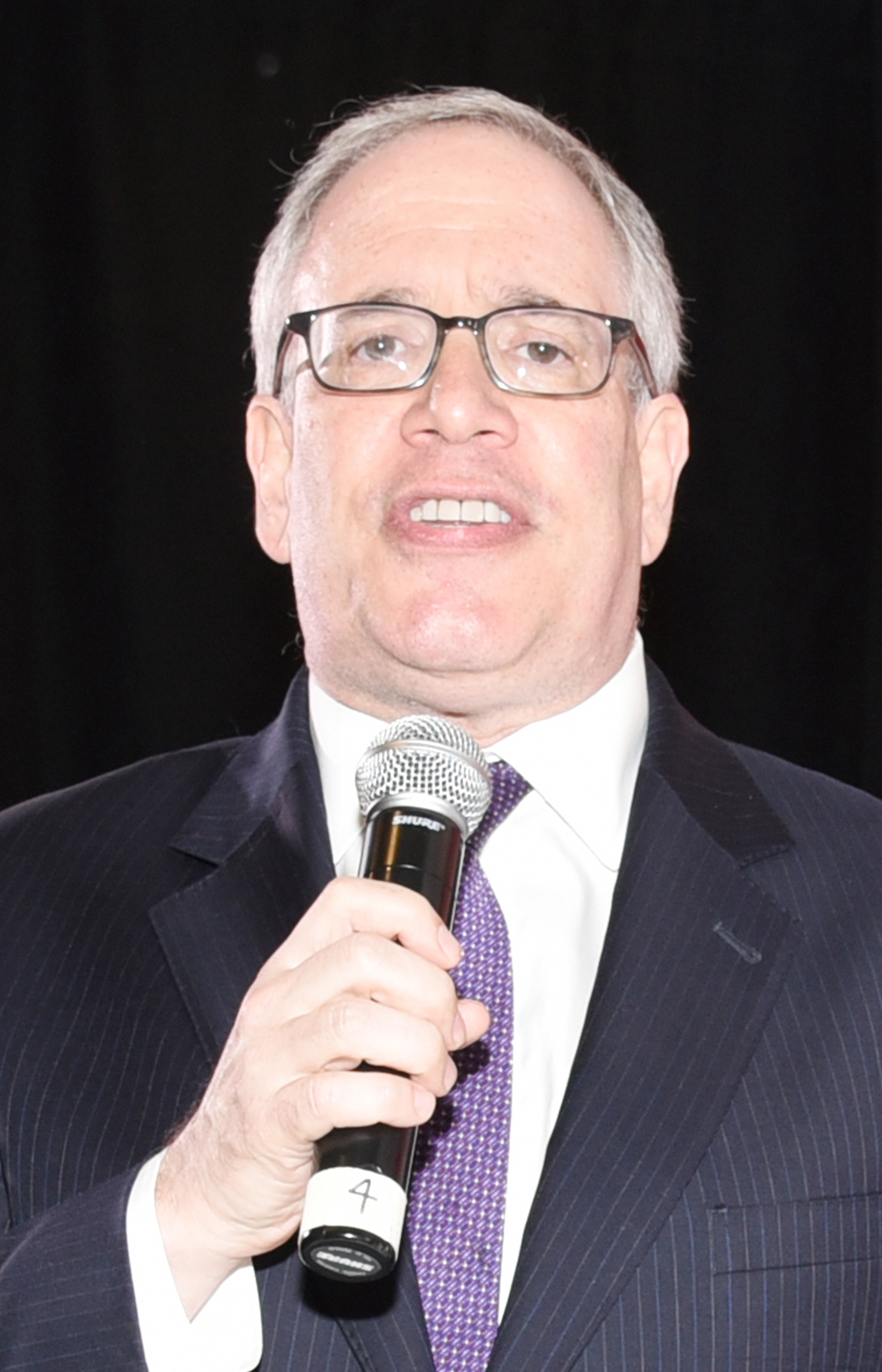 This is sickening and not welcome in our city — or anywhere in our country. The nypd should do a full investigation to arrest and prosecute these disgusting perpetrators.

Stringer followed up Sunday by criticizing the Proud Boys by name and saying he would join with the Rev. Al Sharpton’s National Action Network to speak out:

The NYPD must fully investigate this weekend’s abhorrent & hateful Proud Boys attack in the Upper East Side.