A man who authorities say wanted to start a race war stayed on the social network Gab for days after he was arrested for allegedly inciting violence on it, according to a Hatewatch review.

Furthermore, Gab CEO Andrew Torba contacted Leff’s account in April 2019, according to an archive of a post reviewed by Hatewatch. The two men conversed about a technical glitch that was impacting the site at that time.

Police arrested Leff, 40, on June 14. The Florida Department of Law Enforcement alleges Leff engaged in written threats to kill and possessed a firearm as a convicted felon. 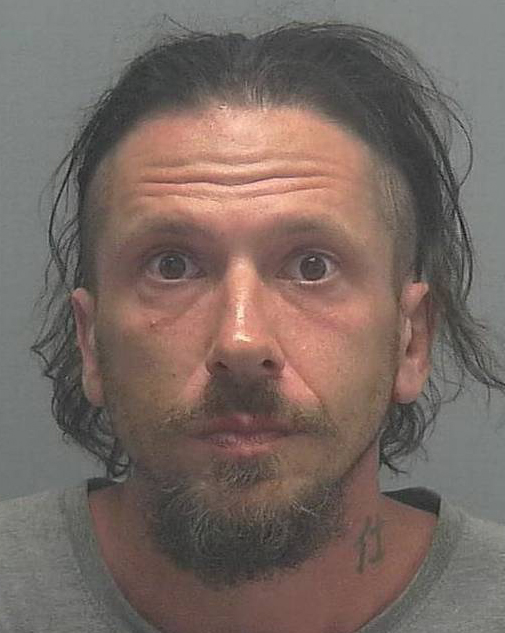 Authorities say Leff went by the alias Paul Atreides and the handle @DarkLord79 on Gab. At least one picture shows a man using the Paul Atreides alias brandishing a firearm, according to Hatewatch’s review of his account.

This particular image showed a man believed to be Leff pointing a gun at the camera and included text that appeared to threaten black people and called them “apes.”

“These ignorant blue gummed yard apes actually think that they deserve reparations,” Leff wrote in the April 2019 post about black people, “well, I’m completely willing to part with some lead. These disgusting animal apes have in tandem with the Jew destroyed my country.”

The post and hundreds of others written by Leff across many months remained up on Gab.com until at least June 17, 2019, Hatewatch determined in a review of Leff’s Gab account. The posts included language and images appearing to call for the killing of Jews and LGBTQ people.

Hatewatch reached out to Gab to inquire about Leff’s account but did not immediately receive a reply.

The Anti-Defamation League (ADL), a rights group that monitors white supremacists, posted a comment to Twitter about Leff on June 17, noting that Gab was “the same social media website used by the white supremacist behind the #antiSemitic Tree of Life synagogue shooting.”

Robert Bowers, a white nationalist who posted to Gab under the handle @OneDingo, awaits trial in the Tree of Life case. Bowers has been charged with 44 federal charges in connection with the deaths of 11 Jews at that Pittsburgh synagogue on the morning of Oct. 27, 2018, making Gab a national news story.

Gab responded to the ADL on Twitter by claiming it took action against Leff for violating the rules of the site, even though it did not do so until after his arrest was discussed publicly on social media.

“And we banned him for it,” Gab replied in a tweet June 17. “Unlawful speech has always been banned on Gab.”

Torba would have been aware of Leff’s Paul Atreides account since at least April 2019, according to a post he published on the site then.

“Where’s my avatar? Can’t see it,” Leff, using his alias, wrote to Torba in a publicly visible post. Leff was referring to one of the many glitches the site has wrestled with since its founding in 2016.

“We had an issue with one of our image servers this week, all images are being restored now [but] you can reupload now if you want it back faster,” Torba replied.

Gab has struggled to control white supremacist users of its site in the aftermath of the Tree of Life terror attack based on content reviewed by Hatewatch.

Gab hosts a group called “Read SIEGE,” for example, which has been active on the site since before the Tree of Life terror attack took place in October 2018. “Siege” refers to a book by neo-Nazi James Mason, which advocates committing acts of terrorism in the name of building a country for only white, non-Jews.

A user going by the handle @GadsdenGreenPill posted a meme celebrating Dylann Roof on June 17, which is the anniversary of when that man entered a church in Charleston, South Carolina, and murdered nine black worshippers. The meme casts Roof as a saint, surrounded by white supremacist symbols. Posts of this nature remain common on Gab, based on analysis conducted by Hatewatch. @GadsenGreenPill hosts a podcast called “The Green Pilled Perspective,” which Hatewatch lists under the neo-Nazi category on our Hate Map.

British authorities sentenced two other Gab users, Michal Szewczuk, 19, and Oskar Dunn-Koczorowski, 18, to prison on June 18 for encouraging an attack on Prince Harry for marrying Meghan Markle, who is of mixed race.

Judge Rebecca Poulet QC called the content posted by the two men to Gab “uniformly violent and threatening” and suggested that it included content focused around “rape and execution,” BBC News reported.