John Tanton, the racist architect of the modern anti-immigrant movement, has left behind a legacy that spawned more than a dozen nativist organizations, driven an anti-immigrant agenda for four decades, and found friends in the White House.

Tanton created groups that billed themselves as fact-based think tanks and lobbyists. Instead, those groups spread propaganda targeting immigrants that has become central to President Trump’s immigration policy.

Tanton, 85, died Tuesday in Petoskey, Michigan. The Federation for American Immigration Reform (FAIR), an SPLC-designated hate group that Tanton launched in 1979, announced his death in a press release.

Tanton’s anti-immigrant influence goes far beyond FAIR. He founded or funded 13 anti-immigrant organizations, including three of the most influential anti-immigrant groups in the United States – FAIR, the Center for Immigration Studies (CIS), and NumbersUSA – known as the “Big Three.”

These groups spoke at congressional briefings and provided media interviews with mainstream outlets such as the Associated Press and The New York Times, all the while couching their racism in more palatable terms. 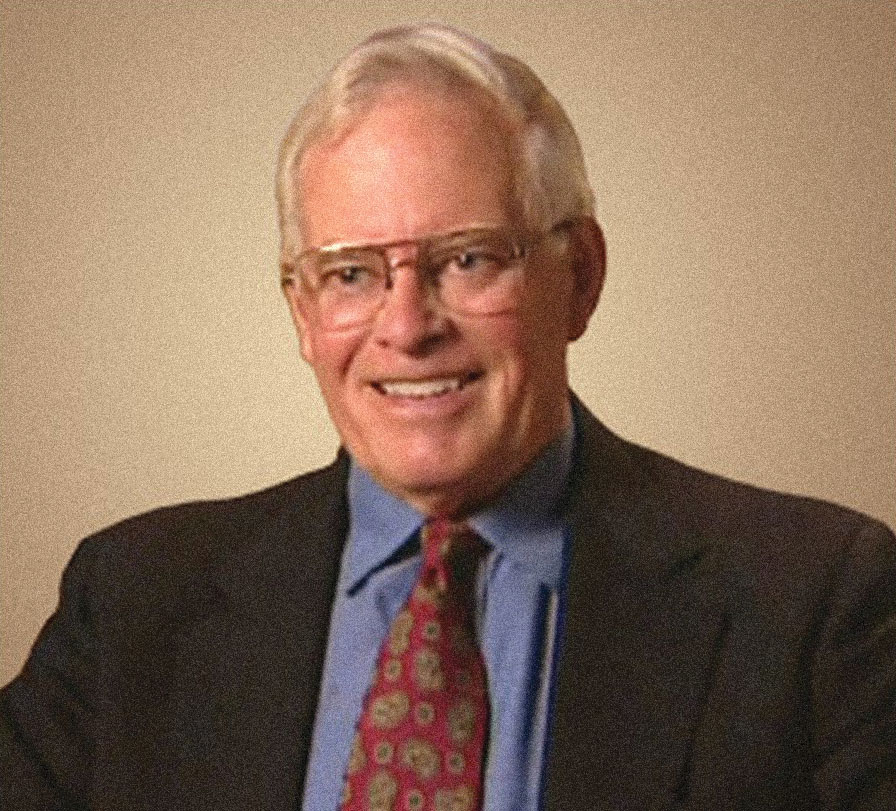 The Big Three also have close connections with a number of people in the Trump administration. As the president ramps up his anti-immigrant policies, extremists from Tanton’s network are finding positions of authority within the administration.

Tanton’s views were first revealed when a series of private memos he wrote to leaders of FAIR were leaked to the press. In an October 1986 memo he wrote, “As Whites see their power and control over their lives declining, will they simply go quietly into the night? Or will there be an explosion?”

FAIR’s self-described mission is to reduce overall immigration and has big allies in, or connected to, the White House. Allies include former employees Julie Kirchner, who now serves as the U.S. Citizenship and Immigration Services (USCIS) ombudsman, John Zadrozny, an official at the State Department, and Ian Smith. Smith had stints at the State Department and Domestic Policy Council but ultimately had to resign in August 2018 after leaked emails tied him to white nationalists Richard Spencer and Jared Taylor.

Center for Immigration Studies, the think tank of the movement run by Mark Krikorian, regularly publishes discredited reports about immigrants. CIS reports have been widely criticized and debunked by groups such as the Immigration Policy Center and the CATO Institute. Still, the hate group has gained legitimacy in Trump’s administration.

In early 2017, Stephen Miller, a senior advisor in the White House, cited a CIS study in defending Trump’s executive order banning immigration from seven majority-Muslim countries. “First of all, 72 individuals, according to the Center for Immigration Studies, have been implicated in terroristic activity in the United States who hail from those seven nations, point one,” Miller said on NBC’s “Meet the Press." Fact-checkers at The Washington Post debunked this talking point.

In April 2016, CIS published a “wish list” of policies, many of which have been implemented by the Trump administration. These policies range from terminating the diversity visa lottery program, to refugee admissions. In September 2018, Secretary of State Mike Pompeo announced the lowest refugee cap since the passage of the Refugee Act in 2018.

Krikorian appears in the press and on television programs ranging from Fox & Friends, where he spoke about immigration with former ICE Acting Director Thomas Homan, to C-SPAN, where he defended the inclusion of material from the white nationalist site VDARE in CIS’s weekly newsletter.

VDARE is an anti-immigration, white nationalist hate site founded by Peter Brimelow “dedicated to preserving our historical unity as Americans into the 21st Century.” Brimelow says VDARE.com was an idea that “flowed out of the best-selling book I wrote back in 1995, Alien Nation,” an anti-immigrant book about Brimelow’s perspective on how the Immigration and Nationality Act of 1965 changed the United States. According to a Nov. 2, 1995, memo by Tanton, he “encouraged Brimelow to write his book,” and “provided the necessary research funds to get it done.” On July 17, 2019, Brimelow tweeted, “Very sad to hear of John Tanton’s passing – great immigration patriot. 'Truly a citizen who has taken up arms for his country,' in Robert E. Lee’s phrase.” He linked to a VDARE article about Tanton’s legacy.

NumbersUSA is the grassroots organizer of the anti-immigrant movement. The group sends action alerts urging its followers to contact their representatives in support of anti-immigrant legislation. Roy Beck, the executive director of the organization, has tried to distance the group and himself from Tanton and his legacy. However, in a memo, Tanton wrote Beck asking him to sign on as his “ heir apparent” in the case of his death and thanked him the next day, Jan. 6, 1998, for doing so.

Beck was also a longtime editor for Tanton’s The Social Contract Press (TSCP), a white nationalist group that publishes articles written by white nationalists. In 1994, while Beck was still an employee, TSCP published an English translation of the openly racist French book, The Camp of the Saints. Tanton wrote that he was “honored” to republish the novel.

Tanton was critical to securing initial funding for a number of these organizations, including by introducing leaders of FAIR to the Pioneer Fund. The Pioneer Fund’s original mandate was to pursue “race betterment” by promoting the genetic stock of those “deemed to be descended predominantly from white persons who settled in the original thirteen states prior to the adoption of the Constitution.” Tanton himself said in 1993, “I’ve come to the point of view that for European-American society and culture to persist requires a European-American majority, and a clear one at that.”

These groups still are able to thrive thanks to grantmakers including the Colcom Foundation and the Sarah Scaife Foundation. Political Research Associates published a report this year detailing more than $100 million being given to FAIR, CIS and NumbersUSA alone from 2006 – 2016. Other groups within this network, including Californians for Population Stabilization and Immigration Reform Law Institute, FAIR’s legal arm, boast more than $7 million each during this same period.

Tanton’s legacy is difficult to overstate. Other groups within the network also are experiencing mainstream success. ProEnglish, an anti-immigrant hate group that lobbies for English only legislation and policies across the country, met with Trump and aides to Vice President Mike Pence multiple times in 2018 and as recently as July 11 of this year. Executive director Stephen Guschov recounted the last meeting in a blog post. He said it was about, "official English legislation and to continue to advocate for President Trump to sign a new Executive Order to effectively repeal and replace former President Clinton’s onerous Executive Order 13166 that requires foreign language translations and interpretations for all federally funded agencies and contractors.” ProEnglish’s former executive director is Robert “Bob” Vandervoort, who is also the former head of the white nationalist group Chicagoland Friends of American Renaissance. That group is a satellite for white nationalist hate group American Renaissance.

Tanton’s influence is seen in state legislatures, and especially at the federal level, where his mentees and allies have imbibed his material, enacted his policies, and sold a rehabbed version of Tanton, critically leaving out his explicitly racist views.

On July 17, FAIR president Dan Stein published a press release, calling Tanton “a selfless giver of his time and talents in the interests of a better tomorrow.” He added, "For John, the big reward was to see a number of the organizations he helped conceive grow into tall oaks – guiding and shaping the public discourse in history-changing ways.”

Leaders of groups within Tanton’s network regularly obfuscate Tanton’s racist views or their connections to Tanton himself. In a spring 2018 edition of The Social Contract Press, Tanton wrote a blog directly attempting to do the same with NumbersUSA and CIS. He wrote:

NumbersUSA, an organization I helped start, but on whose board I do not serve, has also made stellar contributions to the immigration reform debate. I also helped raise a grant in 1985 for the Center for Immigration Studies, but I have played no role in the Center’s growth or development.

In September 1986, a year after CIS was founded as a project of FAIR, it became independent, but the relationship with Tanton was far from over. The same year, Tanton wrote a memo discussing the need to get CIS properly functioning: “We need to get CIS fully funded and entrenched as a major Washington think-tank, one that can venture into issues, which FAIR is not yet ready to raise.” Eight years later, in 1994, Tanton wrote that he still was setting “the proper roles for FAIR and CIS.”

Jared Taylor, the white nationalist who created American Renaissance, was a close friend of Tanton.

During the latest episode of Taylor’s podcast, “Radio Renaissance,” he mourned Tanton’s death, praising him as a man who “became very concerned about the demographic future of the United States.” His pseudonymous cohost, Paul Kersey, hailed Tanton’s legacy through the groups he founded that ensured “these ideas would flourish.” Taylor added: “Everything I know about immigration I learned from CIS.”