President Donald Trump’s new acting national security adviser once served on the board of directors for the Center for Security Policy, a group that started as a hawkish think tank and morphed into a leading anti-Muslim organization.

Kupperman served on the board of directors for the Center for Security Policy from 2001 through 2010, according to the group’s tax records obtained by ProPublica. Frank Gaffney Jr., an anti-Muslim conspiracy theorist, founded the center in 1988 and serves as its executive chairman.

The Southern Poverty Law Center first designated the center a hate group in 2015, five years after Kupperman left the board. But while Kupperman was on the board, Gaffney and the center trafficked in anti-Muslim conspiracy theories and rhetoric, including questioning whether President Barack Obama was a Muslim. 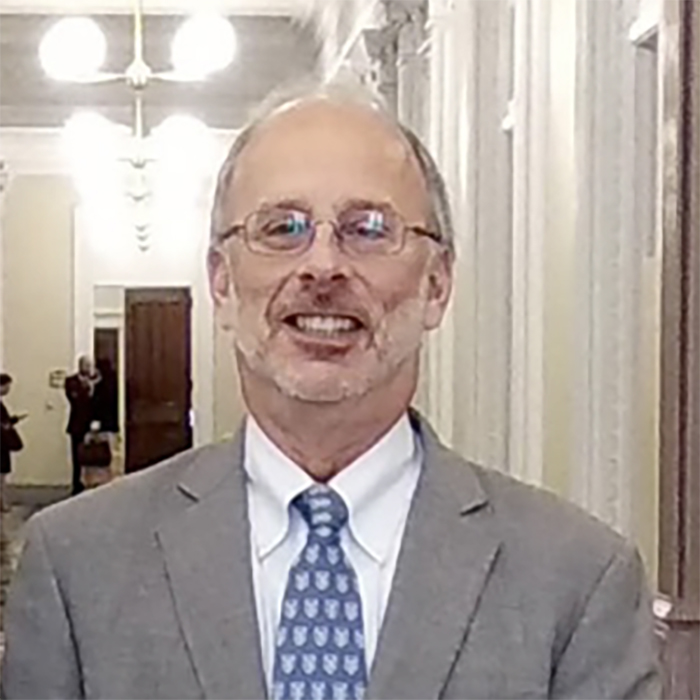 The Muslim civil rights group Council on American-Islamic Relations (CAIR) said in a statement Tuesday it is “appalled” by Kupperman’s appointment.

“CSP has continuously promoted Islamophobic conspiracy theories, and anyone, like Mr. Kupperman, who has so closely associated with them for so long is – at the very least – complicit in their brand of anti-Muslim bigotry and should not be entrusted with one of the highest ranking security roles in the United States,” CAIR Executive Director Nihad Awad said.

The State Department referred questions from Hatewatch to the White House. The White House did not respond to a Hatewatch email that asked whether the administration was aware of Kupperman’s ties to the center or whether such associations would remove him from consideration for the role of permanent security adviser.

The Center for Security Policy began peddling anti-Muslim rhetoric after the Sept. 11, 2001, terrorist attacks. The group, for example, warns that Islamic law poses a threat to American democracy and that Muslims are trying to overthrow the U.S. government from within.

In a 2009 column in The Washington Times, Gaffney pondered if Obama was “America’s first Muslim president.” Gaffney claimed in the column that “there is mounting evidence that the president not only identifies with Muslims, but actually may still be one himself.” Gaffney pointed to a 2009 speech in Cairo in which he said Obama used the term “holy” Quran several times. “Non-Muslims ­­­– even pandering ones – generally don’t use that Islamic formulation,” Gaffney wrote.

In 2010, the center released its “Team B II” report titled “Shariah: The Threat to America.” The 170-page document pushed the conspiracy theory that Muslims – especially the Muslim Brotherhood – are stealthily working to impose Sharia in Western nations.

“The growth of Muslim populations in the West augurs the inexorable spread of shariah into Western societies – less by violence than by dint of natural procreation, unchecked immigration, and the incessant demands of an aggressive minority that refuses to assimilate,” the report said.

Sharia is a set of guiding religious principles. Anti-Muslim groups push conspiratorial rhetoric about it in an attempt to frame Islam as a foreign threat.

Kupperman co-signed a 2017 letter to Trump urging him to withdraw from the Iran nuclear deal by using a plan laid out by Bolton, according to the center. Other signatories included Gaffney, Clare Lopez, who is the Center for Security Policy’s vice president for research and analysis, and Nina Rosenwald, whom The Nation once dubbed the “sugar mama of anti-Muslim hate.” Trump announced in May 2018 that the United States was withdrawing from the Iran deal.

Trump tweeted Tuesday that he would be naming a new national security adviser next week. (Presidents appoint the adviser, and the position does not need Senate confirmation.)

The president can choose to keep Kupperman or appoint someone else. CNN reported that Trump is considering at least 10 others for the job, including Fred Fleitz, a former chief of staff for Bolton who is now the Center for Security Policy’s president and CEO.