The website for the Daily Stormer, the white supremacist, neo-Nazi and antisemitic racist group, has lost access to a critical piece of web infrastructure that allows the general public to access its hate propaganda easily.

This infrastructure ensures the Stormer, the most read hate site in the world, attracts and maintains website readers and protects it from malicious attacks. But in a hectic 24 hours, Andrew Anglin, the website’s founder, took to Gab.com on Tuesday and told his readers the Stormer was down, and then somehow found an alternate way to keep the site going on the dark web.

The Stormer has lost its main access because it hasn’t paid for the service that allows audiences to view the content, Rob Monster, founder and CEO of Epik.com, told Hatewatch in an email. Epik.com runs BitMitigate, a content delivery network, or CDN, that ensures a site’s content becomes visible online. 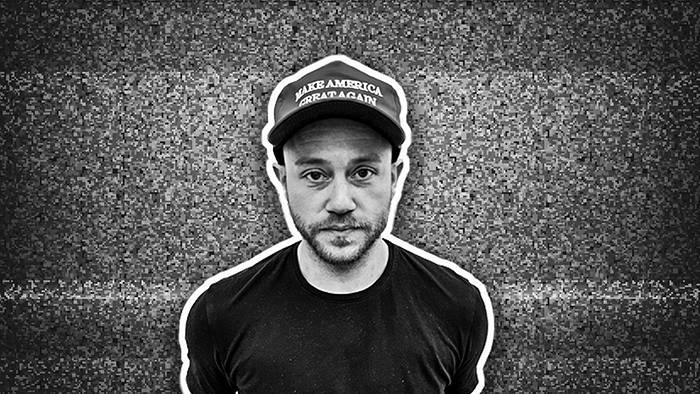 “As for Stormer, they actually never paid us a penny,” Monster wrote. “In August we discontinued the free plans. Stormer, like any other client, had the opportunity to secure a paid plan. They chose to overlook those opportunities which were proactively presented with ample opportunity.”

Anglin could not be reached for comment. But on Gab.com, he made a desperate plea for support and noted that the Stormer website might not survive. He wrote he’s seeking $11,000 in donations to fund continued access to BitMitigate.

“We're searching for a new CDN – Bitmitigate is no longer willing to put up with the level of attacks we bring on a budget we can afford. Daily Stormer is now under an unprecedented level of pressure and we'll have trouble staying online for the future.”

Anglin apparently was referring to web-based attacks that can make the site inaccessible.

He noted that the Stormer is still accessible through the Tor browser, a free program that routes users’ internet traffic through a system of servers as a means of offering increased anonymity. Tor is one of the easiest ways to access the dark web, where many extremist sites have set up shop after they’ve found increasing difficulty in staying on the open web.

Since its inception in July 2013, the Daily Stormer has built its reputation in the white power world by publishing shocking, vulgar displays of misogyny, antisemitism and racism under the guise of comedy. In 2017, the site overtook Stormfront.org as the most-read hate site in the world.

For years, the Stormer was able to stay online, thanks in part to tech companies that seemed indifferent to the extremist content their services enabled. Cloudflare, another company that provides services that help websites stay online, famously resisted removing the Stormer and 8chan from its list of clients, even as concerns mounted about harassment techniques deployed by those sites’ users.

That nonchalance changed in the aftermath of the deadly 2017 “Unite the Right” rally. Anglin used the Stormer to praise the death of counterprotester Heather Heyer, and as a result, several tech companies, including GoDaddy and Google, blocked Stormer traffic from their platforms. Perhaps most importantly, Cloudflare CEO Matthew Prince announced a unilateral decision to suspend Stormer’s access to his company’s services.

The Daily Stormer quickly relocated to BitMitigate, another web infrastructure company that also touts its commitment to absolute “free speech.” Even with access to BitMitigate’s services, Stormer has struggled with intermittent outages, sometimes lasting days or hours. Anglin’s Gab account contains updates about the Stormer’s status, including a March 12 post that noted the site “is down for about 90% of the world on the normieweb right now.”

BitMitigate has drawn criticism for its willingness to provide services to the Stormer and to 8chan, a notorious web forum where manifestos related to three recent mass shootings have been shared.

BitMitigate caters to sites trafficking in extremist content, such as Infowars.com and video-sharing service BitChute. Gab.com, where Anglin made his post announcing the Stormer’s disappearance from the open web, is also hosted by Epik.

Anglin’s posts come amid a series of legal judgments against the Daily Stormer and a messy feud among the white nationalist community that has left the site isolated as it struggles to stay online.

In June, a federal judge ruled against Anglin in a libel suit filed by comedian Dean Obeidallah, whom Anglin accused of being responsible for the bombing of a 2017 concert in Manchester, England. Anglin was ordered to pay $4.1 million in restitution.

More recently, two other federal judges ruled against Anglin in separate lawsuits. The first, filed by the Southern Poverty Law Center on behalf of Tanya Gersh, a Montana real estate agent, resulted in a $14 million judgment.

The second, a $725,000 judgment, was the result of a “troll storm,” or harassment campaign instigated by Anglin and the Stormer against the first African American female student body president of American University.

It is unlikely that Anglin and the Stormer possess the funds to pay off these judgments in full, though the site has in the past raised substantial holdings in cryptocurrencies such as Bitcoin and Monero.

Brad Griffin of the Occidental Dissent blog noted the Stormer’s extensive use of cryptocurrency as part of an ongoing feud among online white nationalists over the Stormer’s webmaster Andrew “weev” Auernheimer.

Referring to a Twitter account that tracks extremist bitcoin wallets, which places Anglin’s holdings at $4,787.57, Griffin alleged that the Daily Stormer has been paid in cryptocurrency to stoke feuds among white nationalists in the aftermath of “Unite the Right.”

John Bambenek runs the Twitter account @neonaziwallets, which tracks the bitcoin transactions of prominent members of the hate movement. He told Hatewatch that Anglin is still receiving cryptocurrency and noted that he received $1,700 by midday Wednesday – one day after his plea on Gab to raise money.

“Daily Stormer has recently gotten several large transactions but for the time being, besides paying weev, [Anglin] seems to be holding on to the funds in other wallets I’m tracking,” Bambenek, a researcher for the cybersecurity and intelligence group ThreatStop, told Hatewatch. “Right now, [it’s] wait and see for him to decide what he plans to do with his bitcoin while judgments pile up against him.”