Kentucky’s governor has appointed an attorney who worked closely with an anti-LGBT hate group to the Board of Trustees for the University of Kentucky, a school that previously received a top national ranking for being LGBTQ-friendly.

In late August, Gov. Matt Bevin appointed lawyer A.C. Donahue and two other new trustees to a six-year term on the board. The board is “the final authority in all matters affecting the institution” and exercises jurisdiction over the school’s “financial, educational, and other policies and its relation with state and federal government,” according to the university’s website. 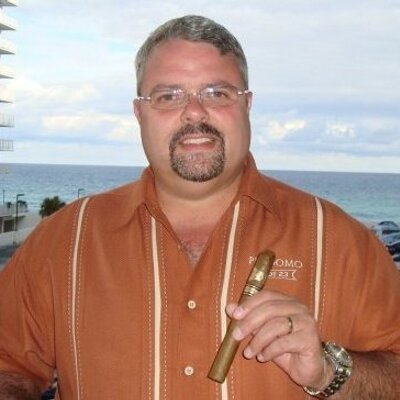 Donahue has said that he is a member of ADF's allied attorney Honor Corps, a designation given to lawyers who complete at least 450 qualifying volunteer hours of legal work, according to the group’s website.

In 2018, the University of Kentucky earned the rare five-star rating that Campus Pride Index gives to universities that support LGBTQ students by protecting them from discrimination and creating an inclusive environment. The school offers a simple process for students to change their names and identities on records, provides LGBTQ scholarships and trains police on gender identity issues. It also maintains an Office of LGBTQ Resources.

Hatewatch contacted two faculty members who work with the Office of LGBTQ Resources as well as the university’s press office to ask if the board reflects a diversity of ideologies and if the school received any complaints about Donahue's ties to anti-LGBT hate groups. School spokesman Jay Blanton replied, "On behalf of the university, we have no comment."

However, Tuesday Meadows, president of PrideCats, a University of Kentucky LGBTQ alumni group, said she isn’t surprised that Bevin appointed Donahue to the board.

“This would appear to go against the University of Kentucky’s push for inclusion for the LGBTQ+ Community,” Meadows told Hatewatch in an email. “To say I’m disappointed would be an understatement.”

ADF claims to have more than 3,000 allied attorneys, which the organization calls a “broad network of high-caliber, accomplished Christian attorneys who use their God-given legal skills to protect the right of people to freely and peacefully live out their faith.”

While working as an allied attorney with ADF in 2017, Donahue was local counsel and signed letters offering legal guidance to universities on how to implement a state law that critics say allows discrimination against LGBTQ students. The measure, Senate Bill 17, allows students to voice their religious beliefs in class and teachers to use biblical texts in lessons, but Human Rights Watch says it is intended to let student groups discriminate “under the guise of religion.”

In the letter, Donahue and J. Caleb Dalton of ADF's Center for Academic Freedom suggest that university officials review their policies and make any changes necessary to conform with the law.

“Failure to do so may also expose officials to a heightened risk that they may be held personally liable for constitutional violations that are also prohibited by state law,” Donahue and Dalton wrote.

In the battle over marriage licenses to same-sex couples, Donahue was one of the attorneys who represented Davis, along with Liberty Counsel. According to a 2015 Commonwealth Journal article, Donahue said that he had worked with Liberty Counsel in the past and that the group’s founder, Mathew “Mat” Staver, requested him as Davis’ in-state counsel.

“I’m very happy to be part of this team,” Donahue told the paper.

A federal court ruled that Davis’ office had to issue marriage licenses to same-sex couples. In August, the 6th U.S. Circuit Court of Appeals also ordered the state of Kentucky to pay $224,000 in legal fees to the plaintiffs.

Bevin, Kentucky’s governor, has been involved in anti-LGBTQ activity. A charity, #WeAreKy!, which reportedly received funding from the governor’s now-defunct inaugural committee, is partnering with Focus on the Family on a statewide adoption initiative. Focus on the Family supports and promotes conversion therapy – attempts to make LGBTQ people heterosexual. Bevin’s wife, Glenna, established #WeAreKy! and is on its board of directors.

In 2016, Bevin joined officials from 16 states urging the U.S. Supreme Court to rule that LGBT people shouldn’t be protected against job discrimination. The states were appealing a lower court ruling in a lawsuit brought by a trans woman against a Michigan funeral home that fired her. A Bevin spokeswoman told The Courier-Journal of Louisville that Bevin signed on to the amicus brief to support states’ rights in determining employment protections.

Since taking office in December 2015, Bevin has made eight appointments to the University of Kentucky’s Board of Trustees. Except for Donahue, Hatewatch determined that none of those appointees appears to have been affiliated with anti-LGBT groups or positions.

The board includes 16 members appointed by the governor, two faculty members, a university staff employee and a student. Appointed members serve a six-year term.

Brett Barrouquere contributed to this report.