YouTube has taken down a second Red Ice channel after the hate network tried to circumvent the media giant’s initial ban.

Last week, YouTube removed the primary channel for Red Ice, one of the most prominent video news outlets for white nationalists. Red Ice then activated its second channel, which was set up a few years ago as a backup for when the main channel became unavailable due to terms-of-service violations.

Henrik Palmgren, who founded Red Ice in 2003, appeared on the Ralph Retort’s “#Killstream,” hosted by Ethan Ralph, and explicitly acknowledged using the backup channel as a means of getting around YouTube’s ban. The far-right podcast has hosted a number of white nationalists. Palmgren told Ralph, “We’re just going to keep uploading there, at least until we can’t.” 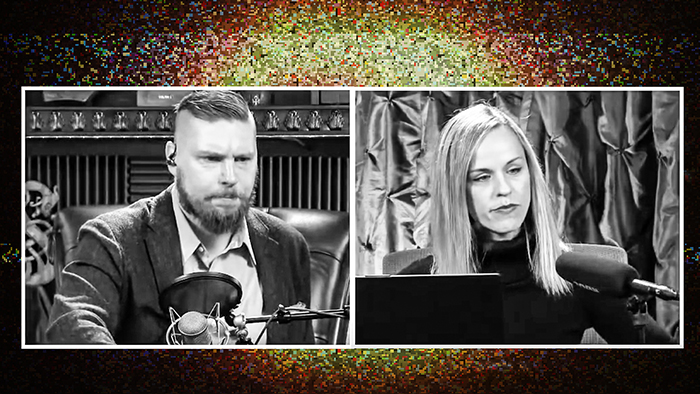 “SPLC did this,” Red Ice tweeted. The group also blamed “Communists & anti-Whites” for its troubles. “They will do anything to silence those they don’t agree with. It’s submission forms on websites today, re-education camps tomorrow,” Red Ice wrote.

Red Ice’s removal from the world’s largest video-sharing service will sting the hate site and the larger movement it serves. Red Ice, on its main channel, lost countless videos promoting racist views and some 335,000 reported subscribers, while the hate movement lost the main platform supportive of its views. Additionally, the site’s backup channel quickly amassed more than 20,000 subscribers, but now YouTube has removed that content avenue.

Lokteff has also been instrumental in Red Ice’s pivot to a full-throated defense of white supremacy. In a video titled “They Want You Dead White Man!” Lokteff informs the viewer, “You know who ‘they’ is.” (White nationalists and other antisemites often use “they” in a leading sense to imply a global Jewish conspiracy.)

Elsewhere, she has condemned mixed-race relationships as “genocide.” She noted in 2018 with regard to “the promotion of interracial relationships, mixed race babies [and] open borders”: “When you get down to it, this dirty propaganda is trying to destroy, in whole or in part, a group of people and trying to prevent births within that group. Well, that, folks, constitutes … genocide.”