U.S. Tech Workers, a project of the anti-immigrant group Progressives for Immigration Reform (PFIR), has ties to an anti-immigrant hate network and unprecedented access to the Trump administration.

The group’s primary function is lobbying. Founded in 2018, they advocate for the curtailment of the H-1B visa program on the basis that employers systematically abuse the program, thereby harming both American and international tech workers.

Other labor-focused organizations, such as the International Labor Recruitment Working Group, have also highlighted the systemic abuses committed by employers who utilize this specific visa program. However, a closer look at the staff and funds of U.S. Tech Workers illuminates its ties to the anti-immigrant movement. 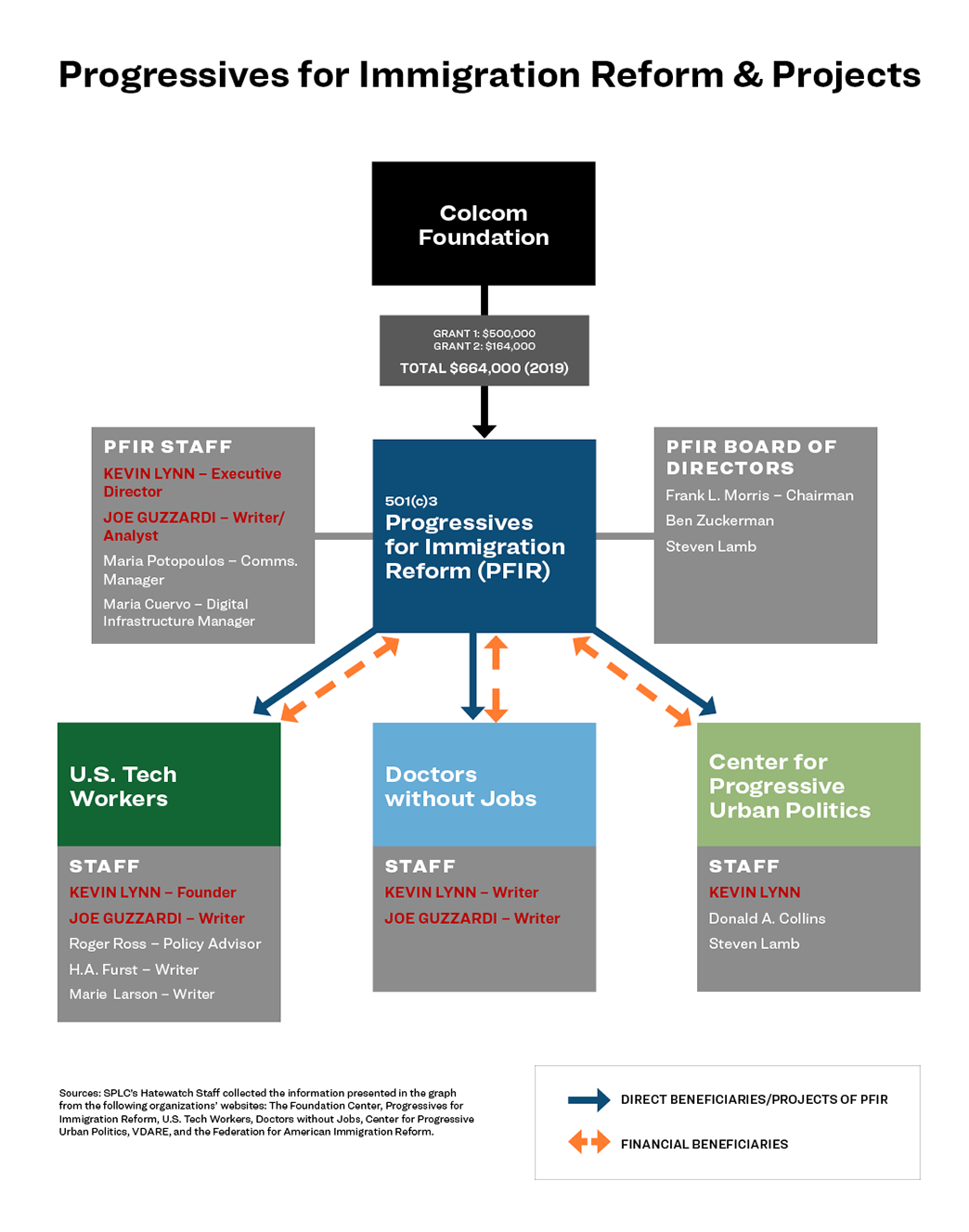 One of U.S. Tech Workers’ writers is Joe Guzzardi, a man with ties to the anti-immigrant network founded by white nationalist and eugenicist John Tanton. Guzzardi serves on the national board of advisors for the Federation for American Immigration Reform (FAIR), an anti-immigrant hate group Tanton started in 1979. In addition to serving as a FAIR national board advisor, Guzzardi is a writer and analyst at PFIR. PFIR began in 2009, with founders contending that blocking immigrants from coming into the U.S. protects the environment because immigrants are to blame for urban sprawl, traffic congestion and other issues. 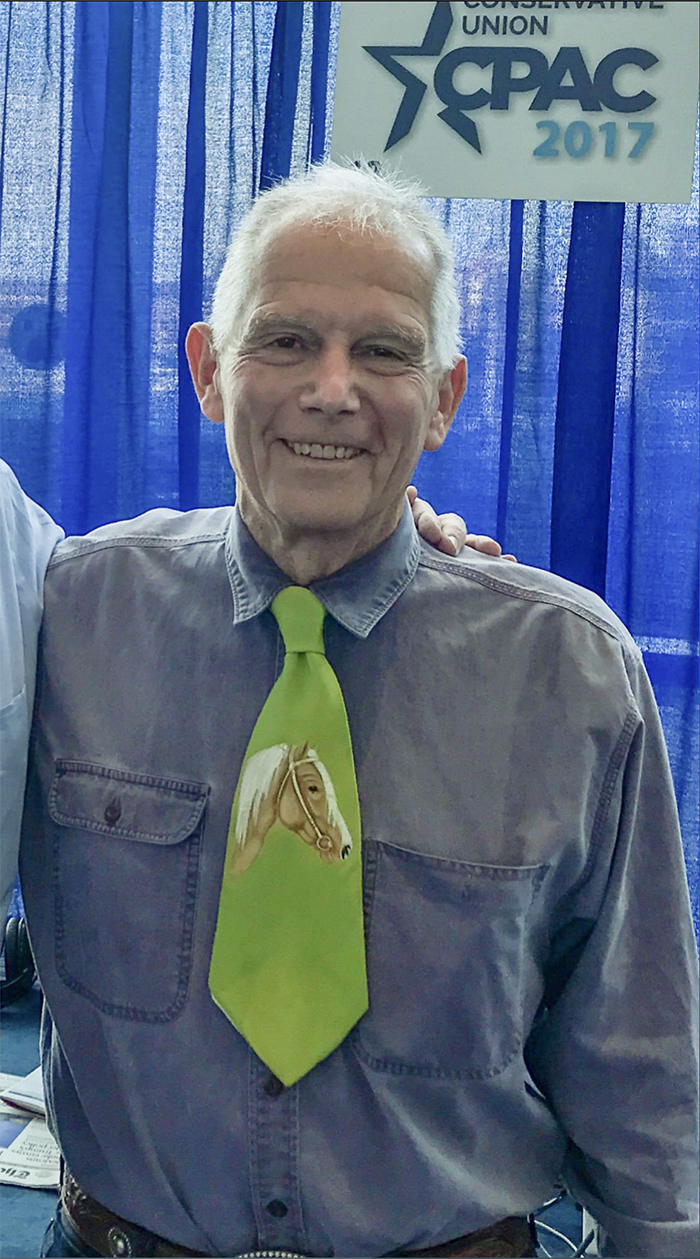 The site regularly publishes articles by prominent white nationalists, race scientists and antisemites. In August 2016, following a six-year hiatus, Guzzardi republished a letter to the editor that ran in the Pittsburgh Tribune-Review to VDARE’s blog. In the letter, Guzzardi referred to unaccompanied minors from Central America migrating to the U.S. as a “humanitarian hoax” part of a broader “ongoing invasion” of the U.S.

Another U.S. Tech Workers staff member with connections to the anti-immigrant movement is Kevin Lynn, the group’s founder. Lynn is the executive director at PFIR and was a founding board member. Additionally, Lynn founded and serves as a writer for two other PFIR offshoots, Doctors Without Jobs and the Center for Progressive Urban Politics. Doctors Without Jobs examines the reasons behind the inability of U.S. doctors graduating from U.S. medical schools to place into residencies. The Center for Progressive Urban Politics seeks to improve the conditions of urban areas by informing individuals about politics, immigration, economics and other issues.

As the executive director of PFIR, Lynn’s writings consistently push anti-immigrant narratives. He has argued for an end to “chain migration” and the 14th Amendment stipulation commonly known as birthright citizenship. In a 2016 PFIR piece about immigration’s impact on Los Angeles County, Lynn argued that the current ecosystem is “ever more imperiled by an increasing population of first world consumers.” Lynn also published a piece suggesting that terrorists use immigration, specifically crossing over the southern border, as a means of entering the U.S. Lynn wrote, “It’s impossible to know how many terrorists have successfully crossed the U.S.-Mexico border undetected – and that’s why President Trump’s concern about border security is completely justified.” 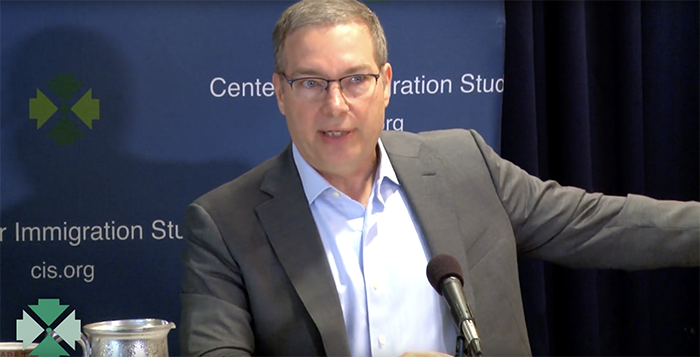 Kevin Lynn speaks on the Center for Immigration Studies “No Americans Need Apply” panel at the National Press Club in October 2019. (Screenshot from YouTube.)

In December 2019, Lynn served as a panelist alongside Jason Richwine at a Center for Immigration Studies (CIS) event focused on alleged employer discrimination against American workers. CIS is an anti-immigrant hate group founded by Tanton in 1985. The group has repeatedly circulated the writing of white nationalist and antisemitic writers. Richwine is an anti-immigration author who was forced to resign from the Heritage Foundation in 2013 after the discovery of his controversial Harvard University doctoral dissertation which argued, “No one knows whether Hispanics will ever reach IQ parity with whites, but the prediction that new Hispanic immigrants will have low-IQ children and grandchildren is difficult to argue against.”

During the panel, Lynn touched on the significant influence CIS has on PFIR and its offshoots, saying, “We’re a big fan of the Center for Immigration Studies. We rely on you – the Center – for being kind of a thought leader for many of the issues and topics we organize around.”

Lynn and Guzzardi did not respond to Hatewatch’s attempts to reach them by email and telephone.

The top four recipients of Colcom Foundation grants in 2019 included FAIR, the Immigration Reform Law Institute (IRLI, FAIR’s legal arm), NumbersUSA Education & Reform Foundation, and CIS, according to grant data gathered by the Foundation Center. NumbersUSA is the primary lobbying organization of the anti-immigrant movement, encouraging its members to pressure elected officials, at the state and federal level, to vote for anti-immigrant legislation and against pro-immigrant legislation.

NumbersUSA is led by Roy Beck, a former associate of Tanton’s who once worked as the Washington editor for The Social Contract Press, a publishing group that has featured articles by dozens of white nationalists and anti-immigrant extremists.

In recent years, the Trump administration has given anti-immigrant groups such as FAIR, IRLI and CIS unprecedented access to immigration-related policy discussions. U.S. Tech Workers is the latest group to be invited to share policy recommendations.

Last month, the United States Citizenship and Immigration Services (USCIS), the Department of Homeland Security branch responsible for administering the country’s naturalization and immigration system, hosted U.S. Tech Workers to discuss potential policy changes. In October, Sen. Marsha Blackburn, R-Tenn., who is considered an immigration hardliner in Congress and has associated with FAIR, met with members of U.S. Tech Workers to discuss the group’s activism on the H-1B visa program.

Editor's note: SPLC is a member of the International Labor Recruitment Working Group. On Jan. 24, 2020, this group renamed itself Migration that Works.