Family Research Council (FRC) has branched out of its usual anti-LGBTQ and anti-choice rhetoric to push longtime right-wing conspiracy theories about voting by mail. It’s a narrative that is gaining popularity during COVID-19 restrictions with regard to public gatherings and social distancing.

The claims appeared in an article titled “The Election’s in the Mail?” attributed to FRC president Tony Perkins and FRC staff that was posted April 16 on the “Washington Watch” part of FRC’s website.

Perkins claims in the piece that “scammers” are after your vote. To support his opposition to vote-by-mail, Perkins relies on a right-wing trope about imagined rampant voter fraud, part of conspiracy theories the right has peddled for years in concerted efforts to derail attempts to make voting more accessible to greater numbers of Americans. The voter fraud myth is widely used to defend and pass laws – like photo ID laws – ­­­­that suppress voting rights, specifically for black voters and other voters of color, younger voters, elderly voters and low-income voters. 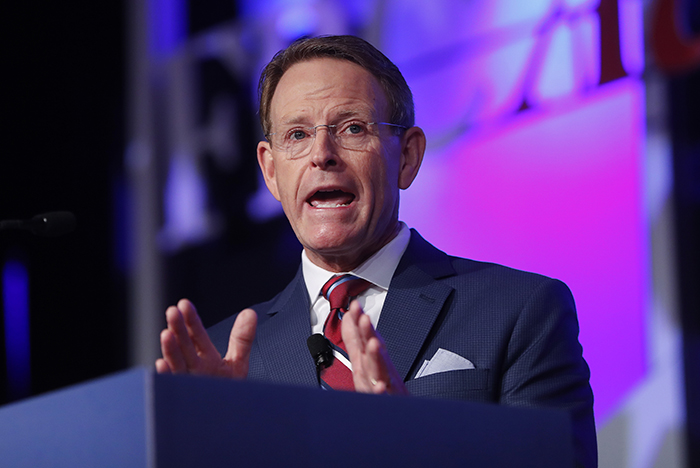 The Brennan Center for Justice notes that politicians at all levels of government have repeatedly and falsely claimed that voter fraud marred the 2016 and 2018 elections. Extensive research, however, “reveals that fraud is very rare, voter impersonation is virtually nonexistent, and many instances of alleged fraud are, in fact, mistakes by voters or administrators,” according to the Brennan Center. The same is true, it continues, for mail ballots, which are “secure and essential to holding a safe election amid the coronavirus pandemic.”

Perkins, who is a key figure in right-wing activist networks, often uses FRC to amplify and consolidate right-wing messaging that isn’t specifically anti-LGBTQ or anti-choice. In this instance, he may be responding to a backlash to the Supreme Court’s decision that forced Wisconsin voters to go to a limited number of polling places during the coronavirus pandemic rather than extending the deadline to cast absentee ballots by one week.

A key state supreme court election, however, resulted in a surprise upset victory for a progressive justice over a Trump-backed conservative incumbent.

In the FRC piece – which did not mention Wisconsin – Perkins accused the Democratic National Committee of using the COVID-19 crisis to push for a “nationwide system that’s ripe for abuse: mail-in ballots.” The article went on to quote an “expert” unattributed source to make the claim that “mail voting doesn’t work well for everyone.”

That source is an April 14 article by The Wall Street Journal about voting by mail, which also pointed out that, “Voter fraud is extremely rare, independent researchers say,” though a “handful of cases” have related to absentee balloting. Perkins neglected to include those quotes from the article, however. 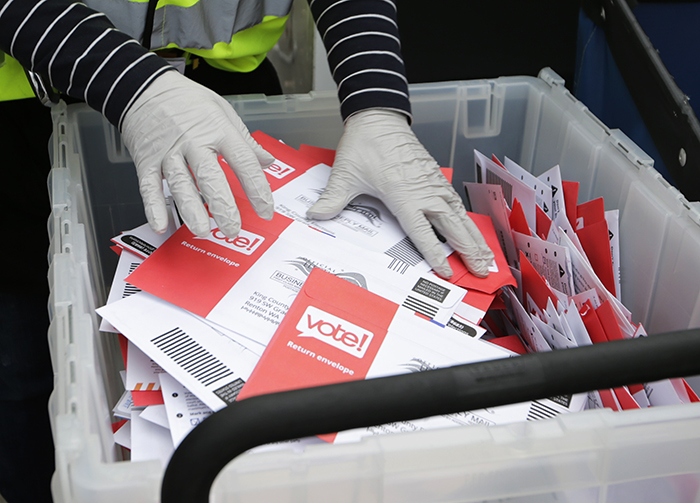 Perkins also cited another right-wing talking point, “ballot-harvesting,” using the 2018 elections in California as “proof” of Democratic voter fraud because of major Republican losses that year. Ballot harvesting is the practice of volunteers or workers going to places of residence to collect early-voting or mail-in ballots and depositing them at official voting sites. It’s designed to help voters who may have limited access to voting sites.

The Los Angeles Times editorial board pointed out that there’s no evidence that California’s then-new ballot collection law – which allows third parties to collect and turn in mail-in ballots (ballot harvesting) – was misused. The newspaper recommended that the law should be revisited to ensure it doesn’t lead to future accusations of voter fraud.

Ballot harvesting did result in voter fraud charges in a 2018 congressional election in North Carolina. Leslie McRae Dowless, an operative for GOP candidate Mark Harris, allegedly improperly collected and possibly tampered with ballots. Harris was leading his Democratic challenger by 900 votes, but the state overturned the election results because of Dowless’s alleged actions. Harris, who has participated in FRC’s Watchman on the Wall ministry arm, was not mentioned in the indictment against Dowless, but he chose not to run in a new election.

The FRC article did not mention this incident.

Snead touted a report in 2017 titled “Alien Invasion” by the Public Interest Legal Foundation (PILF). The report claimed widespread voting by noncitizens in Virginia. In 2019, PILF settled a federal lawsuit related to the report Snead promoted; part of PILF’s settlement requires that it apologize to four Virginia citizens it falsely identified as noncitizens who had registered to vote and it has to add that notation to the front of its reports.

J. Christian Adams, who founded PILF, is an attorney who served during the George W. Bush administration. He left government in 2010 and started pushing a myth that the Obama DOJ had an anti-white bias. PILF pushes voter fraud myths and sues counties with large percentages of voters of color to force them to purge their voter rolls.

The other group Perkins recommends is True the Vote (TTV), which also promotes false claims of rampant voter fraud and works in conjunction with Republican interests, though it calls itself “non-partisan.” Spakovsky has advised TTV and has served on its executive board while J. Christian Adams of PILF has also served as an adviser.

TTV has a history of allegations of racism and attempting to disenfranchise voters of color and Democratic voters for years. Its founder, Texas-based Tea Party activist Christina Engelbrecht, provoked a campaign against voter registration group Houston Votes, falsely accusing it of affiliation with the New Black Panther Party (listed as an SPLC-designated hate group). The accusations ended up forcing Houston Votes to shut down its efforts to register low-income voters.

Regardless, Perkins doubled down on his fearmongering with regard to voting by mail. In an April 28 article on the FRC site titled “28 Million Reasons not to Trust a Mail-in Election,” he cited a “report” on right-wing site RealClearPolitics. That site’s parent company, RealClearMedia, was revealed last fall to keep a secret Facebook page with anti-Muslim memes and praise for Russian president Vladimir Putin.

The RealClearPolitics report Perkins cites claims that “28 million” ballots have gone missing in vote by mail since 2012.

Nancy LeTourneau at Washington Monthly took a look at the report, and discovered that the writer, Mark Hemingway, got most of his information from another report put out by PILF. LeTourneau noted that PILF’s report suggested that 40 million ballots are sent out every election. Since 2012, that’s roughly 160 million ballots, of which 28 million is 17.5 percent. PILF also included rejected ballots among its “missing” count; checking voter signatures against voter registrations is one of the security measures used in vote by mail, Washington Monthly notes, and ballots can be rejected because of signature errors.

“Of course,” LeTourneau writes in Washington Monthly, “the whole point of reports like this is to scare people with numbers like 28 million ‘missing’ ballots without any context whatsoever.”

And according to an early April Reuters poll, a majority of Americans – 72 percent – want mail-in ballots for the Nov. 3 elections as a way to protect voters from COVID-19.