Police in Salisbury, North Carolina, arrested two men Sunday, May 31, after they reportedly fired weapons near two groups of protesters. One man, identified by news reports as Jeffrey Alan Long, 49 of Kernersville, appears to be a member of a neo-Confederate biker group and have social media ties to neo-Confederate hate.

According to WCNC Charlotte, police in Salisbury, North Carolina, separated two groups of clashing protesters at the site of a local Confederate statue on Sunday.

A statement by Salisbury police reads in part:

At 7 p.m., officers witnessed [Jeffrey] Long pull a handgun from his waistband and fire two rounds into the air from a 9mm semiautomatic pistol. He put the gun back in his waistband and walked away towards the 100 block of Church Street, followed by protestors. Officers took Long into custody as he made his way back to the intersection, recovering a second handgun from an ankle holster.

WBTV News Reporter Dave Whisenant tweeted a photo of Long as he was arrested. 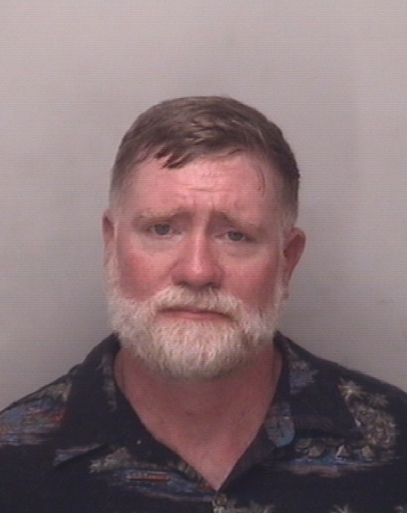 According to the Rowan County Court database, Long has been arraigned on two counts of “Misdemeanor Carrying a Concealed Weapon,” and one count of “Discharge of a Firearm Inside City Limits.”

Hatewatch has identified a Facebook account that appears to belong to Long. The account belonging to “Jeff Long” of Summerfield, North Carolina, showcases the user’s support for Confederate causes and features multiple photographs of a man bearing a striking resemblance to the Jeffrey Long arrested Sunday in Salisbury. “Jeff Long” is Facebook friends with multiple individuals connected to hate and extremism, including Gary Williamson, the leader of ACTBAC NC (Alamanace County Taking Back Alamance County, North Carolina) a nearby neo-Confederate hate group. 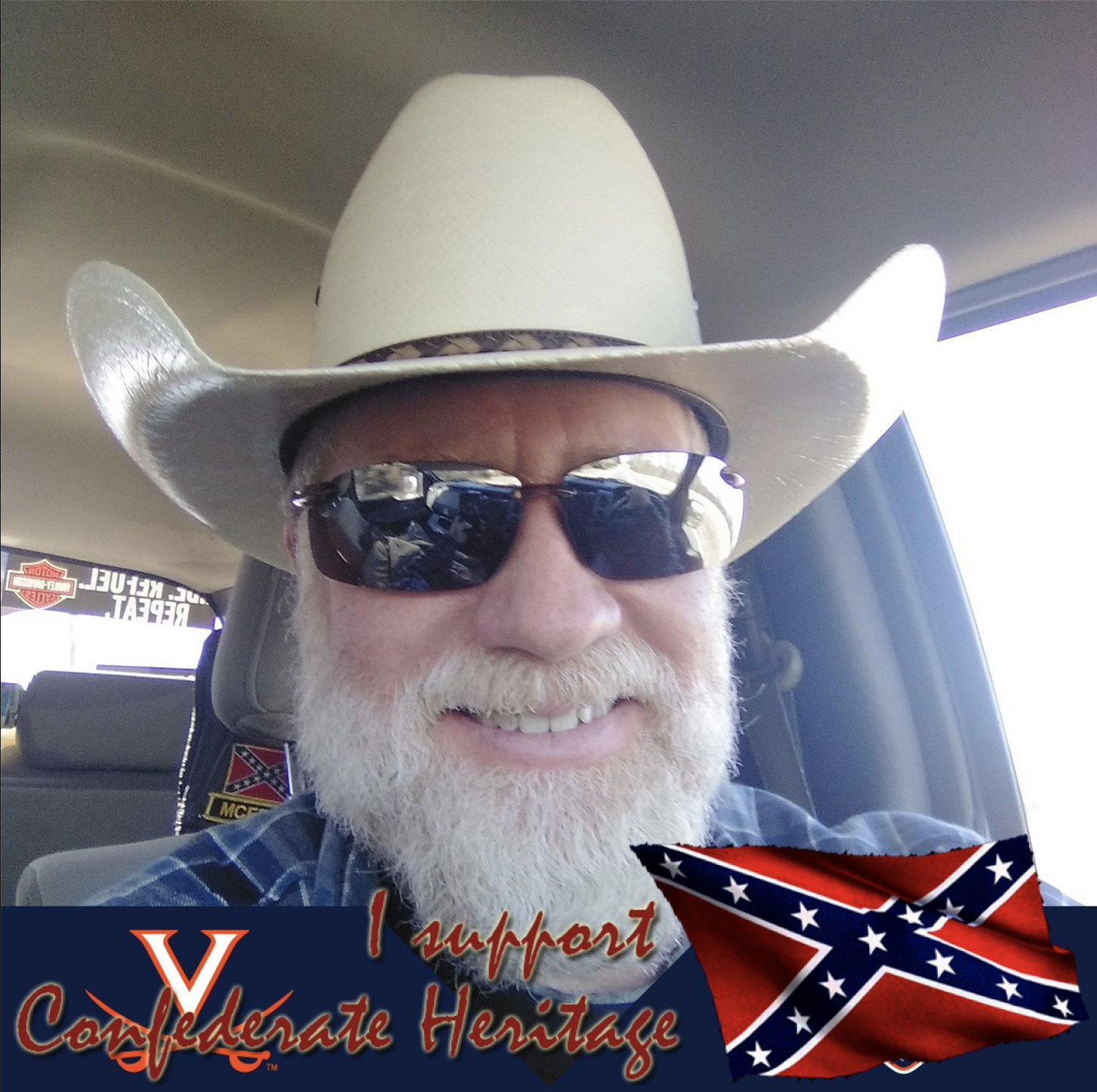 The profile photo on the Facebook profile attributed to "Jeff Long."

Jeff Long’s Facebook profile photo features a banner with the caption “I support Confederate heritage” and a Confederate flag. Just visible in the back seat of Mr. Long’s truck is a leather vest commonly worn by members of the Sons of Confederate Veterans’ (SCV) “Mechanized Cavalry.”

Also known as “Mech Cav,” the group is a self-described “special interest group of SCV members who like to ride motorcycles to assist in the Charge of the SCV.”

The Facebook page for the “Lt. F. C. Frazier Camp #668, Sons of Confederate Veterans” features multiple photographs that appear to show the same man, Long, along with posts featuring Long and describing him as a member and “compatriot.” 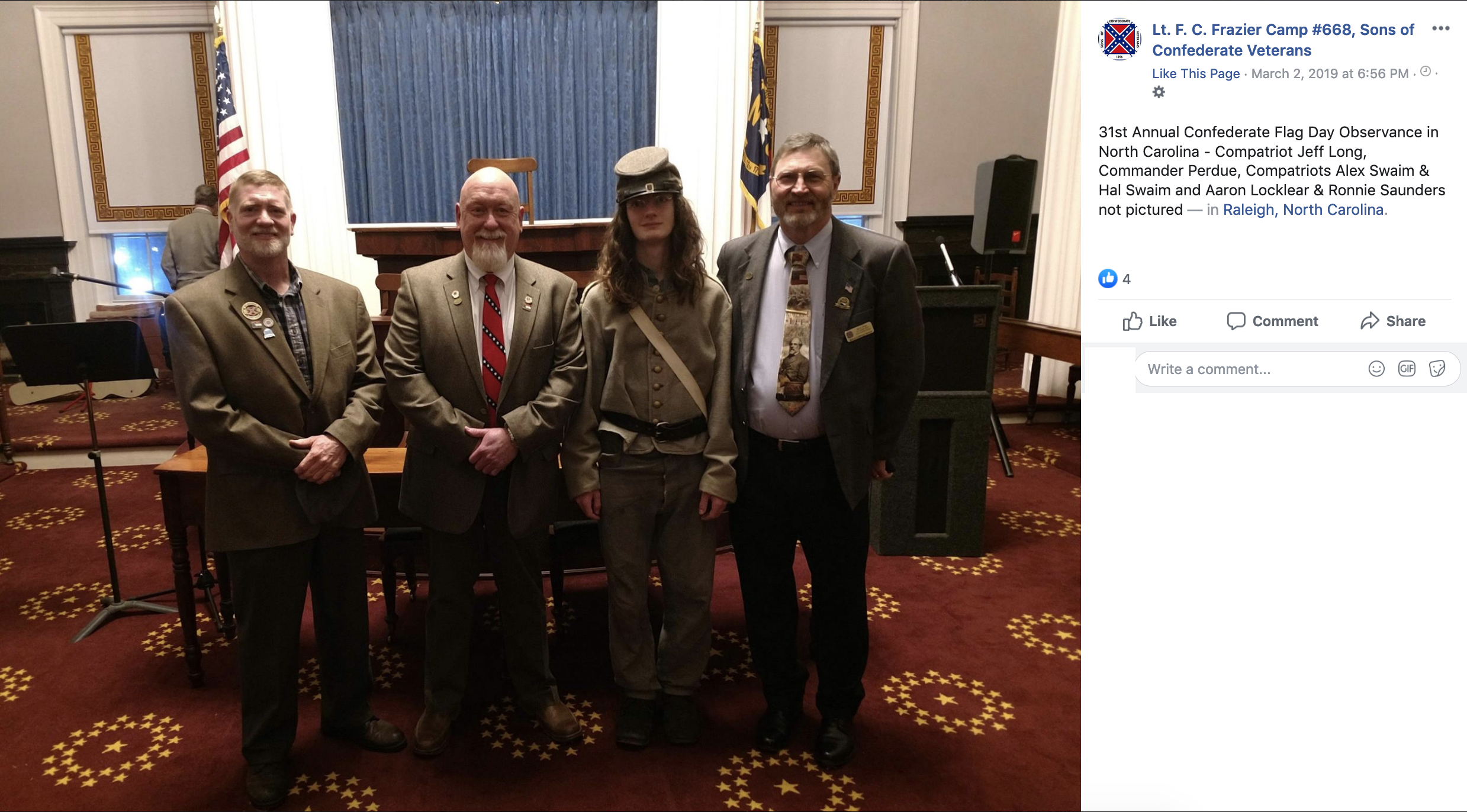 This photo was shared on Facebook by a Sons of Confederate Veterans Facebook group that identified the man on the left as "Compatriot Jeff Long."

A June 2018 SCV newsletter identifies “Jeff Long and Nathanial Long” as members of the Frazier camp.

An October 2018 Frazier Camp newsletter identified Long as having attended an SCV dinner during which Long “shared stories about generations of his family who served in the Revolutionary War, War of 1812 and the 2nd War for Independence.”

The “2nd War for Independence” is a euphemism popular among neo-Confederates to refer to the Civil War, whitewashing the Civil War’s purpose to maintain chattel slavery in the antebellum South.

Hatewatch also verified Jeffrey Alan Long’s involvement in the Sons of Confederate of Veterans through a leaked membership list supplied to Hatewatch by journalist Charlie McGee. McGee has reported on the SCV’s involvement with ongoing protests around the University of North Carolina’s “Silent Sam” memorial and a scheme to route millions of dollars to the neo-Confederate organization through the UNC system. 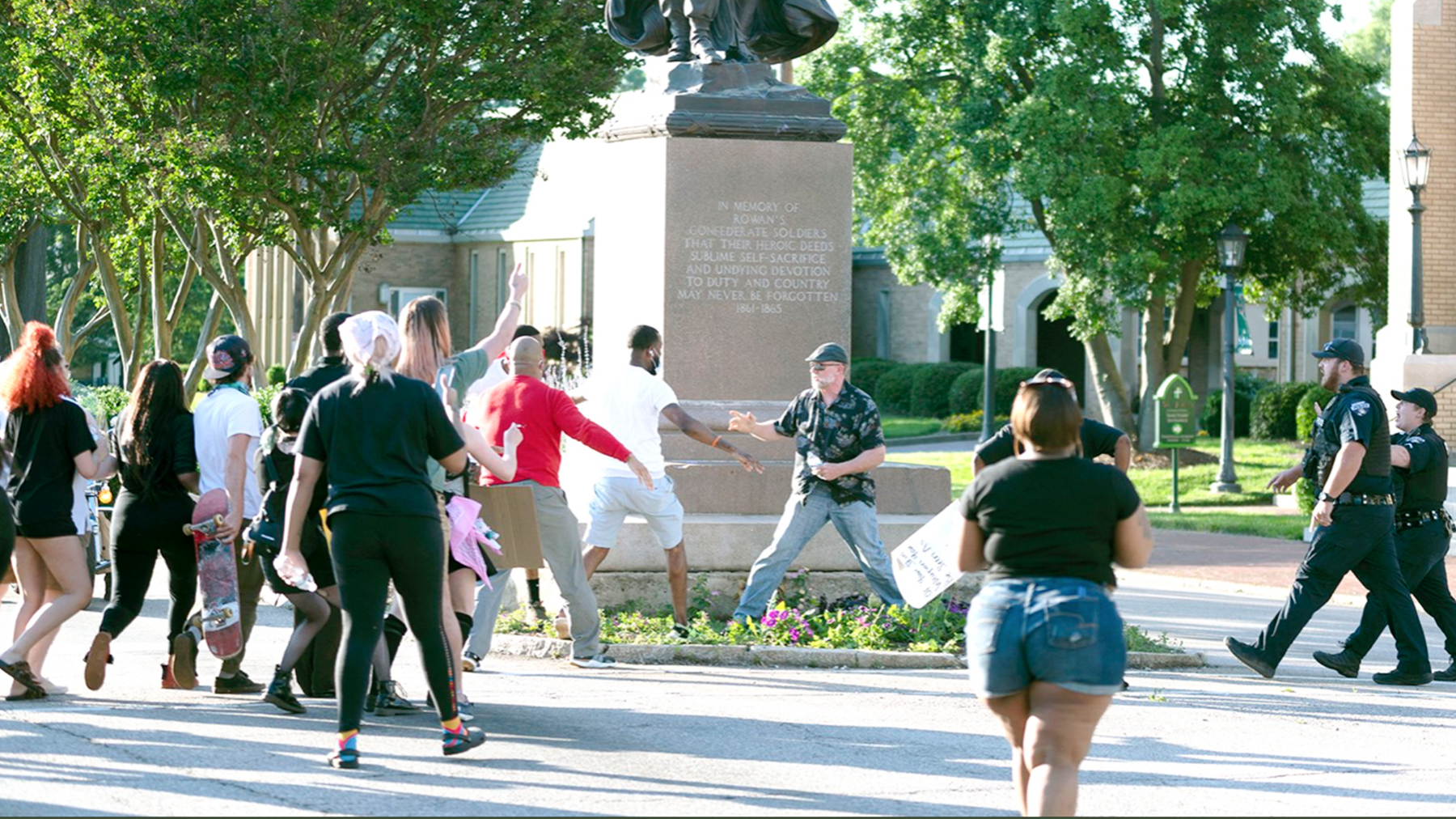 A crowd approaches Jeffrey Alan Long (middle) as they try to prevent a confrontation. Long was taken into custody after witnesses said he fired shots into the air. (Photo by Josh Bergeron/Salisbury Post)

13, responding to the question “Are you SCV Mechanized Cavalry member?” by replying “Yes. NCSCVMC #3226, Shoney.” The “Jeff Long” Facebook account features a photograph of the Shoney’s “Big Boy” mascot with the caption “Shoney.”

Allegations of racism and bigotry have plagued the SCV for years, although its leadership maintains that the organization does not stand for intolerance. Nevertheless, Hatewatch has repeatedly documented connections between the group and members of neo-Confederate hate groups such as the League of the South.

In May 2019, Long attended an event hosted by the United Daughters of the Confederacy, another neo-Confederate “heritage group.” Long was photographed that day speaking with SCV spokesman Frank Powell and other members, including League of the South/Mech Cav dual-member James Shillinglaw, who participated in the deadly “Unite the Right” rally on Aug. 12, 2017. 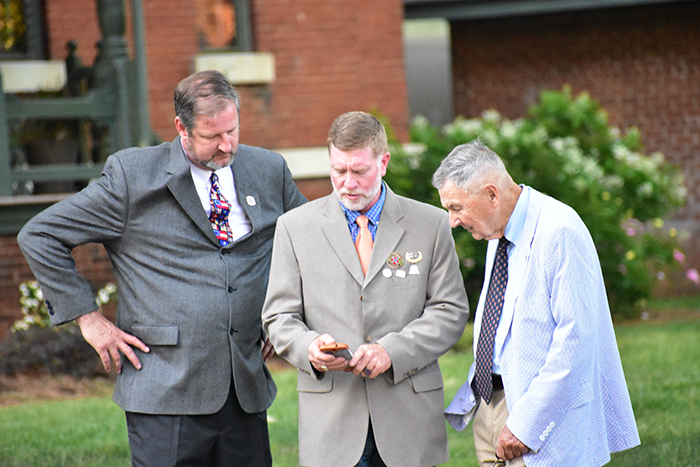 Long (center), pictured with James Shillinglaw (left), a member of both the Sons of Confederate Veterans and the hate group the League of the South. (Photo by Anthony Crider)

Megan Squire is a data scientist who researches the far right. She used her expertise to assist Hatewatch in identifying Long's extremist affiliations. (Disclaimer: Squire and Crider, the photojournalist who captured images of Long at an SCV event, are married.​) When asked about SCV's connection to organized hate, Squire said:

The links between SCV and systemic racism are obvious, and are well-trod ground. Their persistent ties to racist and violent groups like League of the South surface regularly, and photographs showing SCV members socializing with League members and members of state government are – sadly – not at all surprising. Still, at this moment of political upheaval and deep pain across America, one of these neo-Confederate types has – once again – chosen to engage in physical threats and confrontation against peaceful protesters rather than doing the work to repair the damage their hateful ideology has wrought. It’s, frankly, just pathetic.

A post on Jeff Long’s Facebook two days before his arrest features a meme that makes his views on race and the current nationwide political strife over police brutality abundantly clear. The three-panel meme features black Americans and U.S. representative Ilhan Omar, warning that if we “Import Somalia,” and “Elect Somalia,” then we will “become Somalia.”