As communities across the country unite to protest killing of African Americans at the hands of police, acts of unbridled racism have simultaneously reared up in the form of cars being rammed into protests.

On Sunday, June 7, a man affiliated with the Ku Klux Klan allegedly employed that tactic against protesters near Richmond, Virginia.

Harry Howard Rogers, 36, weaponized his truck against Black Lives Matter protesters in Henrico, Virginia, according to a statement from Shannon Taylor, Henrico Commonwealth’s Attorney. Rogers “was driving recklessly down Lakeside Avenue on the median, drove up to the protesters, revved the engine and drove into the protesters,” the statement read. 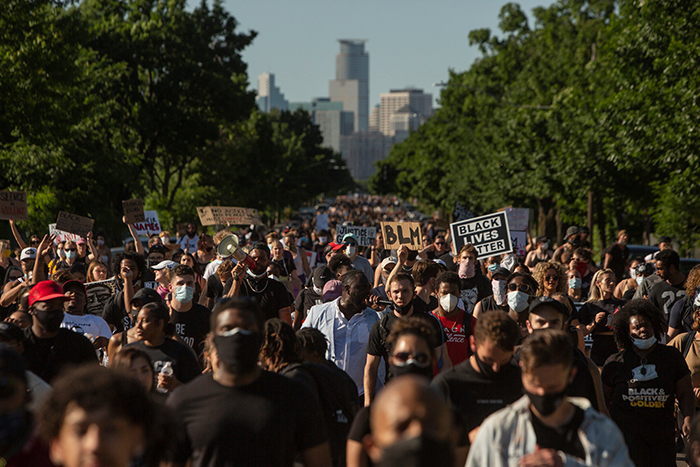 No one was seriously injured in the incident.

The attack came a day after protesters toppled a monument of Confederate General Williams Carter Wickham and one week after protesters set fire to the United Daughters of the Confederacy headquarters, both in Richmond.

Upon his arrest, Rogers, who has an extensive criminal history of vehicle-related offenses, told authorities that he is the “leader of the Ku Klux Klan” in Virginia. In addition to the “assault and battery, attempted malicious wounding, and felony vandalism” he is being charged with, a hate crime investigation is also underway. 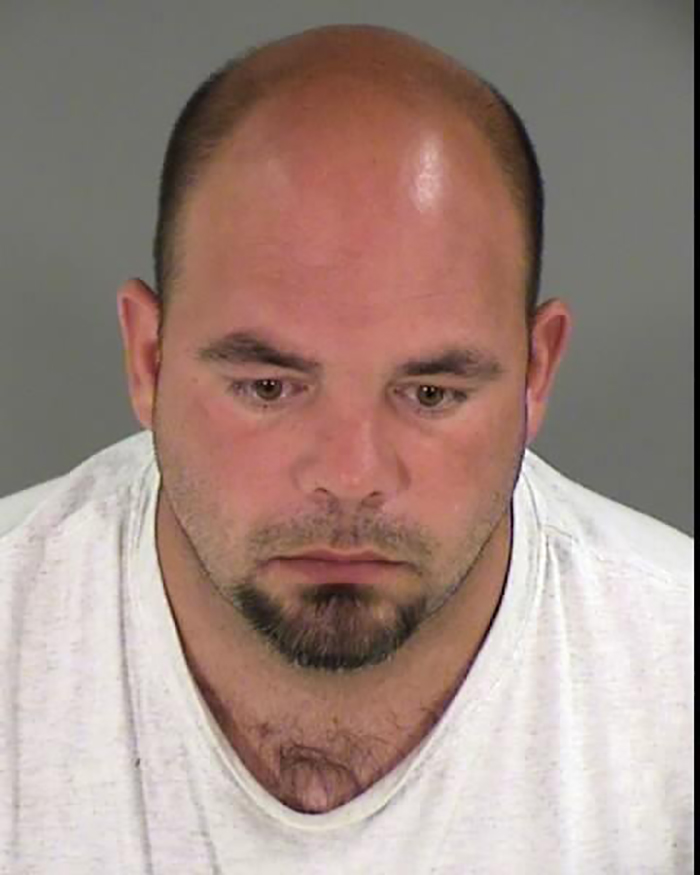 Several photos surfaced on Twitter, confirming Rogers’ proclamations of Klan membership. Twitter user Goad Gatsby was the first to identify the driver as Skip Rogers. In one photo, allegedly taken in 2016, Rogers wears a white Klan robe while waving a Confederate flag. Another low-resolution photograph, reportedly taken in August 2017, shows Rogers donning what Klansmen refer to as a battle dress uniform, or BDU. The short-sleeved, black, button-down shirt displays several blurred Klan patches delineating the specific Klan group of which Rogers is a member, the realm (state) within which he holds membership and his rank within the group.

While the text is difficult to decipher, the patch denoting Rogers’ rank is written in green, indicating he maintains a position within the statewide leadership structure of his Klan group.

Following Rogers’ arrest, officials found Klan paraphernalia in his truck and a green Grand Dragon, or statewide leader, robe in his possession.

The patch representing the Klan group of which Rogers is a member is also blurry in the picture from August 2017, but strongly resembles one often displayed by a man named Billy Snuffer. Snuffer was the Imperial Wizard, or national leader, of the Rebel Brigade Knights of the True Invisible Empire, a Klan group based in Martinsville, Virginia. The two men have appeared in Klan rally pictures together. Hatewatch reached out to Snuffer to confirm Rogers’ membership in the Rebel Brigade Knights, but has not received a response.

Snuffer, along with several other Klansmen, attended the Aug. 12, 2017, “Unite the Right” rally in Charlottesville, Virginia. At the time, he was the Imperial Wizard of his group. He is believed to have since stepped down.

Alongside Snuffer in numerous photographs from that day is Richard Preston, former Imperial Wizard of the Maryland-based Confederate White Knights of the Ku Klux Klan. Preston is currently serving a four-year prison sentence for discharging a firearm within 1,000 feet of a school at the Unite the Right rally.

Rogers does not appear in photographs with Snuffer or Preston at Unite the Right; however, Twitter crowdsourcing also surfaced an image of Harry Rogers at the Charlottesville rally. In the image, Rogers is wearing an American flag shirt and holding a shield adorned with the logo of the League of the South, a neo-Confederate hate group.

In addition to the Rebel Brigade Knights, there are two other Klan groups operating within Virginia. The Confederate Knights of the Ku Klux Klan, and the Loyal White Knights of the Ku Klux Klan both had active chapters in the state in 2019. The latter, headquartered in Pelham, North Carolina, has dropped racist flyers within Virginia at least 15 times in the past two years.

On social media, Rogers shows an affinity for Confederate history and images that are hallmarks of the Klan ideology. The profile picture on his now-deleted Facebook page under the name “Harry Rogers” contained the text “Straight Outta Dixie” emblazoned over a Confederate flag. He used this page to perpetuate the violent and misogynist rhetoric that permeates Klan ideology. A month before driving into protesters, Rogers posted a meme that read: “Before you cheat on me. Just know I’m all for domestic violence, disturbing the peace & assault with deadly weapon. Ok cupcake.”

On his other Facebook page, managed under the name “Skip Rogers,” his profile picture featured the Virginia state flag, which reads, “Sic semper tyrannis,” or “thus ever unto tyrants.” The motto is popular among neo-Confederates, as it was shouted by John Wilkes Booth after he shot Abraham Lincoln. On this account, Rogers had also posted images of the Virginia Flaggers, a neo-Confederate heritage group, as well as a meme with the words “We need to hold our heritage like they held the lines 1861-1864” superimposed over a Confederate flag.

The day before Rogers drove his truck into demonstrators, he posted a meme on one of his Facebook pages reading: “BLACK lives don’t matter to BLACK people unless killed by a WHITE person. Y’all [sic] not ready for this conversation. Y’all kill each other all day everyday [sic].”

The myth of “black on black crime” is a popular talking point among members of organized white power groups. They manipulate this fallacy to obfuscate the realities of structural racism in the United States.

Outside of Virginia, the weaponization of vehicles to intimidate, harass and injure protesters has plagued movements geared towards social justice. According to Ari Weil, Deputy Research Director at the Chicago Project on Security and Threats, the weaponization of vehicles primarily began at Black Lives Matter and No Dakota Access Pipeline protests in 2015. Over the course of the past few years as Black Lives Matter protests have grown in response to police brutality and the abandonment of justice in sentencing officers, the usage of vehicles to violently target demonstrators has subsequently increased.

As these types of attacks became more frequent, lawmakers in several states attempted to enact legislation protecting drivers from liability. Republicans in Florida, North Carolina, Rhode Island, Tennessee and Texas introduced bills providing civil immunity to drivers who struck, injured or even killed protesters who were demonstrating without a permit. These bills were largely introduced in response to a 2016 wave of Black Lives Matter protests across the country. Following the Charlottesville attack, many legislators quietly dropped these efforts.

Vehicular attacks during the Black Lives Matter protests spurred by the killing of George Floyd have been a tactic of both disgruntled civilians and the police alike. In Bakersfield, California, protester Robert Forbes died after being hit by a car. On Sunday, June 7, the same day Rogers drove his truck into protesters outside of Richmond, a man in Seattle drove his car at protesters. After hitting a barricade, he exited the car and began shooting. One 27-year-old protester was wounded.

At a time when police brutality is being aptly criticized, some officers are using this very same tactic on protesters. In Brooklyn, New York, video surfaced last week of two police cars ramming protesters. Video recorded in Florissant, Missouri, also appeared to show a police officer hitting a protester with his car.

Hatewatch is awaiting reply from the Henrico Police Department and Virginia State Police for comment on civilian and law enforcement officers’ vehicular ramming of protesters.

For his alleged usage of a vehicle to ram protesters, Rogers has been denied bond by Judge Lauren A. Caudill. Hatewatch will continue to update this story as it develops.

Editor's note: This story has been updated to reflect the fact that the first public identification of Rogers was made by Twitter user Goad Gatsby.