A former League of the South member who attended multiple rallies with the neo-Confederate hate group faces disorderly conduct charges in east Tennessee.

Archer has longstanding ties to the neo-Confederate League of the South and stood with the group at the deadly “Unite the Right” rally in Charlottesville, Virginia, on Aug. 12, 2017. 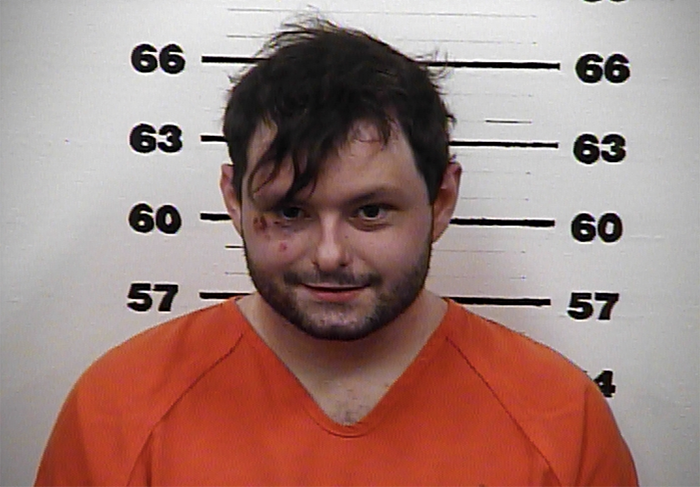 The incident on July 11 took place in a small town where BLM protesters gathered.

Archer was one of several counterprotesters wearing shirts with the legends “National Socialist Club 131” and bearing the logo for “Good Night Left Side,” according to the Rogersville Review newspaper.

The paper reported that Archer tried to attack several people and was bleeding from his mouth at the time of the arrest.

Archer marched with the League of the South in several rallies in 2017. Photos from Unite the Right show Archer wearing a black baseball-style helmet and carrying a white shield with a black cross on it – a common symbol carried by white nationalist groups that day.

Unite the Right turned violent, with multiple clashes between white nationalists and counterprotesters. After the rally dispersed, James Alex Fields Jr., a neo-Nazi from Ohio, rammed his car into a crowd of counterprotesters, injuring more than two dozen people and killing 32-year-old Heather Heyer.

The League has a history of violence at rallies, including one member being convicted of attacking a Black man in a parking garage after Unite the Right.

In a video interview with the Knoxville News Sentinel on Aug. 26, 2017, Archer claims there is “one southern nation” that is white. Archer told the paper he believes people of color are “invading the South more or less and they are replacing us, slowly but surely.”

Archer’s comments are emblematic of the replacement theory, sometimes called ‘white genocide,’ popular among neo-Confederates, neo-Nazis and racist groups. The theories are sometimes used by white nationalists to justify violence against minority groups.

On Facebook in a League of the South group, Archer praised the group’s leader, Michael Hill, and then-Traditionalist Worker Party head Matthew Heimbach as “leaders.”

“They lead by example and would never ask their own soldiers to do anything they wouldn’t do themselves,” Archer wrote. “Leaders are not boys like [Daily Stormer founder] Andrew Anglin that hide behind a laptop screen and talk shit. You’re a satirist, bro, not the second coming of George Washington.”

Archer appears to have split with the League in 2018, during the extended fallout surrounding the group's participation in Unite the Right. On a League Facebook page, a member asked why the group banned Archer.

“That is a question best asked of the admins by private message,” South Carolina League chairman Pat Hines replied.