An Idaho man charged with hiding the remains of his stepchildren has ties to an apocalyptic and antigovernment form of Christianity that predicts the end of civil society.

Another Voice of Warning (AVOW), which teaches preparations for a coming collapse of society at the hands of the United Nations and a New World Order, has been distancing itself from Chad Guy Daybell, a 51-year-old author from near Rexburg, Idaho, who writes fiction about the end of society and the world.

The group has scrubbed Daybell’s books from its website, but Daybell’s name remains among the authors. 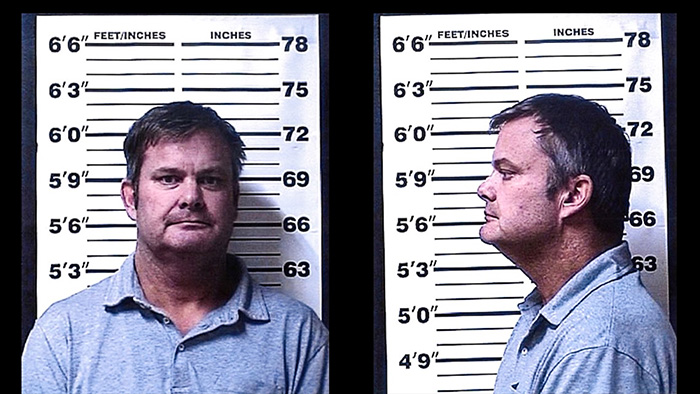 Chad Daybell is in the Fremont County Jail in Idaho charged with two counts of concealing evidence. He has pleaded not guilty; a preliminary hearing is scheduled for August. His wife and fellow end-times believer Lori N. Vallow, 46, is in the Madison County Jail in Idaho. Vallow faces child abandonment charges for failing to produce the children under a judge’s order in a child welfare proceeding.

The remains of Vallow’s children, “JJ” Vallow and Tylee Ryan, were found in Daybell’s yard in Rexburg, Idaho, in June. The children were last seen alive in September. At the time of their disappearance they were 7 and 17, respectively. 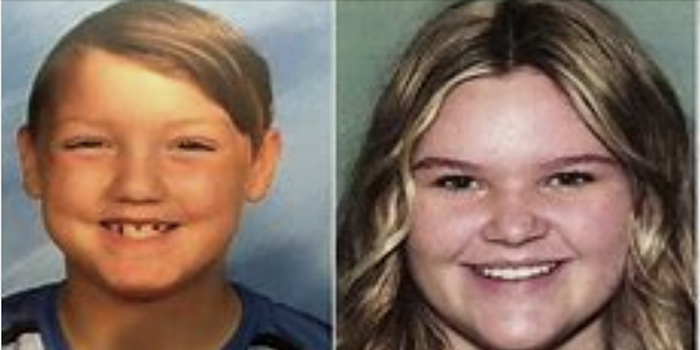 The causes of the children’s deaths have not been made public. At press time, no one had been charged in relation to their deaths.

Vallow’s estranged husband Charles was killed by her brother Alex Cox on July 11, 2019. Cox told police it was self-defense. The case remains under investigation although Cox died of natural causes in December.

Police in Hawaii arrested Vallow in February but found no sign of her children.

Christopher Parrett, an AVOW leader who co-authored a book with Daybell, did not return an email inquiring about how long Daybell and Vallow were associated with the group.

Much of what AVOW members post online is hidden behind paywalls. But samples of AVOW’s visions are public in Daybell’s books and in postings by former members of the group.

Daybell's books, with titles such as “Evading Babylon” and “Days of Fury,” describe apocalyptic visions of the end of the world. The books detail how members of a church similar to LDS-AVOW survive against United Nations peacekeepers who invade the American West.

“The corpses now served as a stark reminder to the unruly crowd against trying that tactic again,” Daybell wrote in “Days of Fury.”

The writings echo the sentiments of Parrett, who has published essays about dreams he’s had concerning the end of the world.

A Reddit post in a group for ex-Mormons contains several of Parrett’s writings and comments on the apocalyptic nature of his work and AVOW.

“As time has gone on, I have had many dreams which speak of economic collapse not just in our country, but around the world. America’s great power, both economic and military, has been eroded to the point where America is just one poor nation among many,” Parrett wrote in an essay posted online.

Parrett goes on to write about the collapse of Western Europe and how church members would hide in enclaves around the country.

AVOW, listed by the Southern Poverty Law Center as an antigovernment extremist organization, is an offshoot of the mainstream Church of Jesus Christ of Latter-Day Saints. It is not affiliated with the main church.

The Mormon religion, which is ubiquitous in Idaho and Utah, emphasizes millennialism, food storage and family preparedness.

Much like Catholicism, Judaism and Islam, it has produced a number of radical offshoots, including the racist, anti-LGBTQ and misogynistic Fundamentalist Church of Jesus Christ of Latter Day Saints and the School of the Prophets, a violent breakaway sect tied to two killings in Utah.

Hatewatch staff emailed several officials with the LDS church in Salt Lake City, Utah, but did not receive a response.

Ardis E. Parshall, a historian who focuses on Mormonism and runs the blog Keepapitchinin, told Hatewatch that the LDS church doesn’t normally address what specific splinter groups believe or how they behave.

Unless the church has formally severed the relationship between members of the splinter group and the LDS church, they are still considered members, Parshall said.

“But while such ties to individuals may continue, there is absolutely no formal connection between the LDS church and any splinter group,” Parshall said. “I think most offshoot groups and the LDS church endeavor to live as neighbors and cooperate in social/political endeavors the same as they do with other faiths, leaving any conflict to purely religious matters.”

The AVOW segment believes the end times are close and that AVOW will create a “Zion,” also known as a “New Jerusalem” for followers. Included on the website are tips to prepare for the end times, including stockpiling of food and water, as well as being spiritually prepared.

Much of what AVOW preaches is behind a privacy shield and paywall, making it difficult to find written examples of the discussions and dreams.

The group focuses heavily on dreams and how those can be prophesies, particularly about the end of the world. On Facebook, the AVOW page is filled with suggestions that people arm themselves, pro-Trump memes and conspiracy theories about the coronavirus outbreak. Among the conspiracies spun on the AVOW Facebook page are that Chinese President Xi Jinping actively covered up the spread of the virus and that a Chinese viral research program created the virus.

Parrett wrote on the group’s website that AVOW wants to help followers prepare for the end times and overcome anxiety about it.

“However, it is our belief that very shortly, the world and society we know will drastically and suddenly change,” Parrett wrote. “The time is shortly coming which has been prophesied and seen in dreams and visions since the world began.”

In the postings, Parrett does not mention the Daybells.

On the AVOW website, Chad Daybell’s name is listed among the authors in the group’s store, but his books are not listed for sale.

A screenshot of the site made before Daybell’s arrest shows he wrote 10 books for AVOW, all with apocalyptic and religious imagery. He produced a three-book series for AVOW focusing on the idea that the U.S. would be invaded by U.N. peacekeepers after a natural disaster.

The book predicts that AVOW members will hold off the invaders and prepare to build their own country.

“Miracles happen, lives are saved, and the veil becomes thinner as these Saints prepare to fully establish Zion,” according to a summary on Amazon.com. 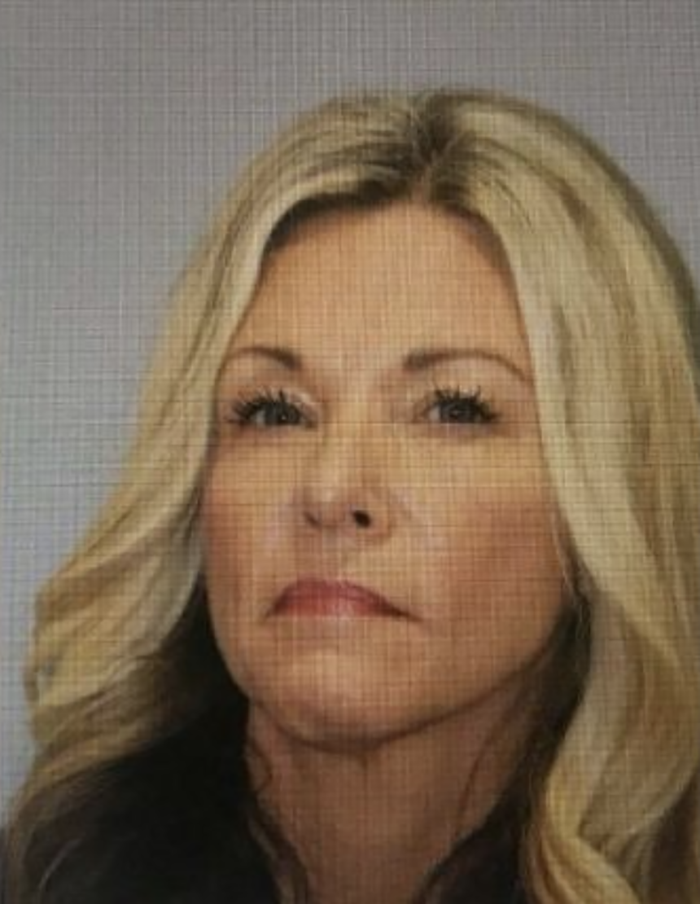 Both Daybell and his wife Vallow were tied to the prepper movement, which encourages people to be ready for the collapse of civilization at the hands of the United Nations and the New World Order.

This far-reaching conspiracy theory, which features prominently in antigovernment and other far-right circles, posits that a small, secretive cadre of elites are behind a rising totalitarian, one-world government.

Utah and Idaho, replete with open terrain, religious fundamentalists and hardcore outdoorsmen, have proven to be a hotbed of the prepper movements. Preppers have sought out areas where they could stockpile food, weapons and equipment to prepare for the world’s end.

Investigation and a split

After Daybell and Vallow came under scrutiny in the disappearance of the children, Parrett posted a letter attributed to Daybell on the AVOW website.

“I am constrained by my lawyers from saying more until the legal mess is complete, but be assured I will be back,” the East Idaho News quoted Daybell as saying.

Parrett, on the AVOW website, also backed Daybell and Vallow. Under a banner headline of “VINDICATED,” Parrett wrote that the disappearance of the children was part of a custody dispute and that Daybell and Vallow had told him their full story.

“To those of you who chose to stand with Chad, he expresses his heartfelt appreciation,” Parrett wrote.

When the remains of the children were found, Parrett appeared to abandon Daybell.