Donald Trump Jr., who will serve as the headline speaker at the 2020 Republican National Convention (RNC) Monday, appeared in a photograph with One America News Network (OANN) correspondent Jack Posobiec at a “We Build the Wall” event in July 2019.

Posobiec is a far-right extremist with a history of promoting falsehoods. He is connected to and has taped interview segments with white nationalists and neo-Nazis. He has more than once targeted Jewish reporters with antisemitic hate on Twitter and also used that site to amplify a march held by a modern incarnation of a Polish fascist movement whose members bombed Jewish homes during the 1930s. Prior to being hired by OANN, Posobiec became notorious for his involvement in promoting politically charged disinformation. He also put the words “fmr CBS News” in his Twitter bio in parts of 2016 and 2017, but that company told Hatewatch he never worked for them. 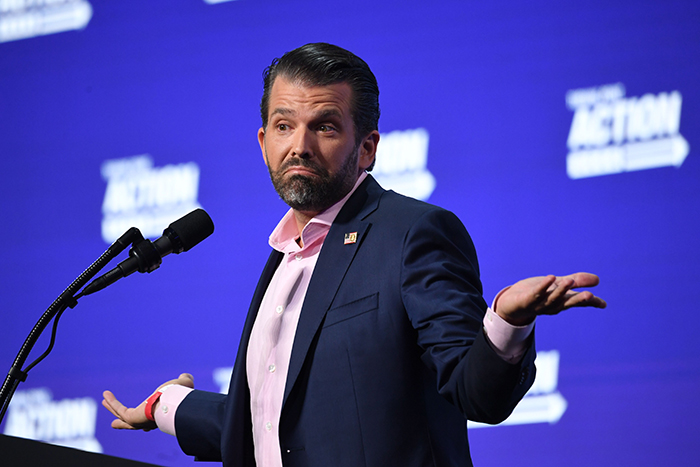 Donald Trump Jr. speaks during a Students for Trump event at the Dream City Church in Phoenix, Arizona, June 23, 2020. (Photo by Saul Loeb/AFP via Getty Images)

In addition to the photo of the two men together at the We Build the Wall event, Trump Jr. follows Posobiec on Twitter and has done so since before July 2017, according to the app DoesFollow, which gathers data on users of that site. At that time, Posobiec was not yet a correspondent with OANN and was known primarily for supporting President Trump and promoting disinformation and hate. Beyond following Posobiec, the president’s son has also periodically interacted with him on Twitter. Posobiec, for his part, described Trump Jr. as being “redpilled [as fuck]” in a July 13, 2017, private text message with former anti-immigrant propagandist Katie McHugh, who leaked the correspondence to Hatewatch. “Redpilled” is a slang word taken from the 1999 film “The Matrix” that became popular among online far-right extremists to refer to someone’s radicalization to their cause. McHugh has since renounced the movement.

We Build the Wall is a charity that pulled in tens of millions of dollars in private donations to build parts of President Trump’s border wall. The charity gained notoriety last week, when New York federal prosecutors indicted former Trump adviser and anti-immigration activist Steve Bannon, and another defendant, Brian Kolfage, on fraud charges related to the use of donated funds. Bannon entered a plea of not guilty through his attorneys.

Trump Jr. and Posobiec are pictured together at a “Wall-a-Thon” event in support of We Build the Wall on July 30, 2019, in Sunland Park, New Mexico, in an image that was published to the Instagram page of someone who appears to have attended it. Trump Jr. spoke at the event along with a cluster of far-right figures such as Mike Cernovich, a male supremacist who has hosted gatherings with white nationalists, Michelle Malkin, who writes for the white nationalist website VDARE, and Darren Beattie, a former Trump speechwriter who lost his job after CNN reported on his ties to white nationalists in August 2018. (Congressman Matt Gaetz of Florida, who is also speaking at the RNC on Monday, hired Beattie as a speechwriter less than a year later.) 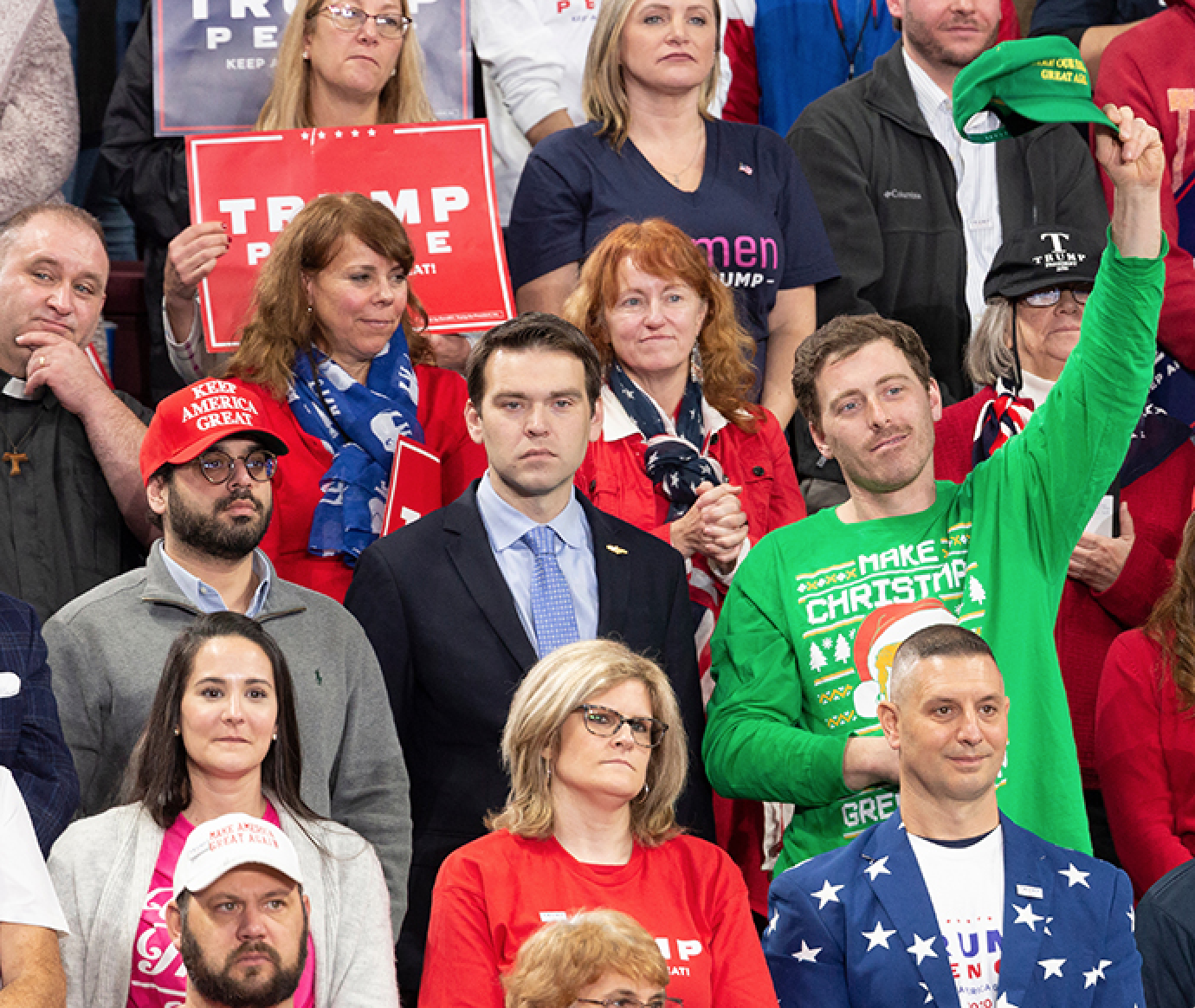 Posobiec is linked to both Bannon and We Build the Wall. In April 2017, Posobiec helped lead an event in Bannon’s name outside the White House, which featured white nationalists and neo-Nazis, as Hatewatch previously reported. He later became a regular guest on Bannon’s podcast, “War Room: Pandemic.” A Polish man named Wojciech Pawelczyk, with whom Posobiec met during a far-right march in Warsaw, Poland, that included neo-Nazi groups, claims to help operate the social media accounts of both men, as Hatewatch also previously reported. Posobiec helped Bannon hype up his We Build the Wall project on a livestream as recently as June 11.

Posobiec sent the July 13, 2017, messages to McHugh calling Trump Jr. “redpilled” at a time when she was working for the now-defunct junk news website GotNews. Far-right extremist Chuck Johnson, a Holocaust denier who has raised money for neo-Nazis, published GotNews before it shuttered in 2018 and eventually filed for bankruptcy in 2019. Posobiec sent the texts at 10:48 p.m. EDT, according to the time stamp. McHugh recalled to Hatewatch that their conversation that night referred to the president’s son retweeting Posobiec’s promotion of a GotNews story about him:

McHugh: Fantastic!!! Thank you for tweeting it!!

McHugh: Dude it is so amazing to have the president’s son read your site.

Posobiec was immersed in the far right at the time he described Trump Jr. as being “redpilled.” A few weeks before Posobiec sent the text, white nationalist Jason Kessler accused him of plagiarizing his propaganda, as Hatewatch previously reported.

Trump Jr. has been criticized for promoting and associating with white supremacists before. In July 2016, the website LittleGreenFootballs reported that the president’s son followed “Ricky Vaughn,” a racist and virulently antisemitic Twitter account. In April 2018, HuffPost revealed that Ricky Vaughn was operated by a man named Douglass Mackey. In August 2016, Trump Jr. also retweeted prolific antisemitic author Kevin MacDonald.

Luke O’Brien, an investigative reporter for HuffPost who covers political extremism and disinformation, forwarded to Hatewatch a Feb. 10, 2016, email correspondence he engaged in with Andrew Anglin, the editor of the virulently hateful neo-Nazi website The Daily Stormer. In the email conversation, O’Brien asked Anglin who in Trump’s presidential campaign he believed to be most sympathetic to his neo-Nazi views.