Lancaster Patriot, a partisan, reactionary Pennsylvania politics blog that first surfaced in April, is mirrored online by a Russian website with the domain oc.binaria.ru, which is affiliated with creators of the pro-Kremlin propaganda website Russia Insider.

Three days after Hatewatch reached out to Russia Insider editor Charles Bausman for a comment on this story, someone took both Lancaster Patriot and oc.binaria.ru offline. Local news outlet Lancaster Online reported on Sept. 26 that Lancaster Patriot was edited by Trey Garrison, a 51-year-old Holocaust-mocking Twitter troll who for years embodied the online persona “Spectre,” while podcasting for the white nationalist organization The Right Stuff.

Garrison, who once worked as a journalist in the Dallas area, lives in Lancaster now too, based upon the material published on his website and Lancaster Online’s reporting. Hatewatch is unaware of any ties Garrison had to Pennsylvania before moving near Bausman.

Hatewatch’s finding marks the fourth website linking the U.S.-based white nationalist members of The Right Stuff to Russia Insider. Like some of the other websites Hatewatch previously reported as having this connection, Lancaster Patriot focused on sensational, negative attention on antiracist protesters and hyped the subject of civil unrest. Lancaster Patriot stands out from the network of other Russia Insider-affiliated websites because it focuses acutely on a swing state considered to be of vital importance in deciding the outcome of the 2020 election. In addition to targeting antiracist protests, Lancaster Patriot also focused on the effort to undo local restrictions put in place during the COVID-19 pandemic, sometimes with a conspiratorial tone. 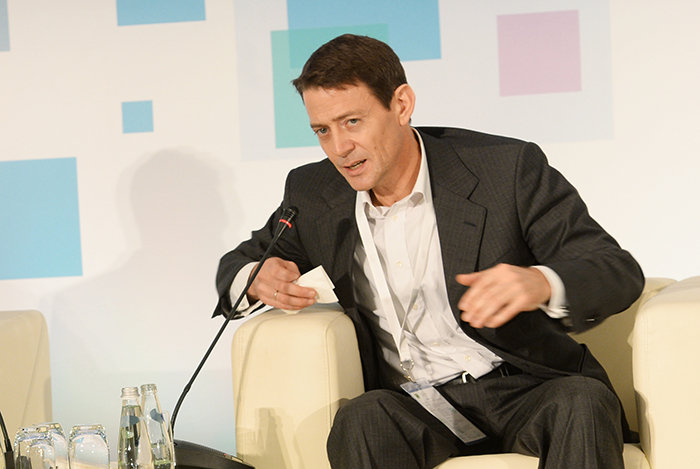 “We demand to know why [Pennsylvania] Gov. Tom Wolf allowed [Black Lives Matter] protests but not church services,” a Lancaster Patriot post authored by someone with the byline Diane Knight said. “Someone is getting paid and we demand to know who.”

Russia Insider, which openly promotes Nazism and celebrates the memory of Adolf Hitler, is the creation of a man named Charles Bausman. Emails first published in The Interpreter show that Bausman is connected to pro-Kremlin oligarch Konstantin Malofeev, who has been sanctioned by the U.S. Treasury for his involvement in Russia’s conflict with Ukraine, as Hatewatch previously reported. Bausman lived in Russia for three decades and returned to the U.S. around 2018, when he purchased a home in Lancaster for $442,000. Hatewatch has been unable to determine how Bausman earns money. Bausman declined to comment on this investigation after Hatewatch visited him at his home in Lancaster.

Hatewatch is also unaware of any full-time job Garrison has held since 2013, when his byline as a journalist began to disappear from the web. Hatewatch documented Garrison’s history of making racist, misogynistic and antisemitic comments in a 2019 report . Through the Spectre pseudonym he uses with The Right Stuff, Garrison once mocked the victim of a mass shooting on social media in real time, while that person asked for help. As Spectre, he called non-white people “cockroaches” and referred to black people as “nature’s clowns.” Spectre is perhaps best known for promoting the social media hashtag #DayoftheBrick, which was a call to smash journalists in the face with bricks. Garrison did not respond to Hatewatch’s attempts to make contact with him. Twitter suspended the account promoting The Lancaster Patriot for ban evasion after Hatewatch reached out to the company for a comment.

After Hatewatch discovered the connection between websites related to The Right Stuff and Russia Insider, Hatewatch found the connection between Lancaster Patriot and oc.binaria.ru. Hatewatch forwarded the finding to Megan Squire, a professor of computer science at Elon University. Squire confirmed that three websites, thelancasterpatriot.com, Lancaster-blog.com, and oc.binaria.ru, all used the same tag on Google Analytics, meaning “all three sites are very likely run by the same person,” Squire said. She also noted that all three sites include identical code for a different .ru address, which she described as a “known malware distribution site.”

Squire then connected binaria.ru to Russia Insider through a person’s bio on the tech website Drupal.

“Based on the posts by user ‘errand’ on a Drupal question and answer site, Binaria.ru appears to be a web hosting and development firm in Russia,” Squire noted. “The user ‘errand’ also claims to have been employed by Russia Insider.”

Hatewatch previously determined that a person with the name Aleksandr Shatskih operated an email handle found in the source code of Russia Insider, and two other websites linked to members of The Right Stuff. Jay McKenzie, an independent researcher, forwarded to Hatewatch evidence linking a contact page for binaria.ru to a company called Internetizacia. A LinkedIn profile for an Aleksandr Shatskih lists both Internetizacia and Russia Insider on that person’s resume.

Squire told Hatewatch that the Russian website oc.binaria.ru, which mirrors Lancaster Patriot, might have been used as a testing ground and been left up by mistake.

“The most likely explanation for the large amount of shared code between the three sites is that binaria.ru serves as a staging site where the web site design is tested and refined before being rolled out onto the live ‘production’ sites, Lancaster-Blog and TheLancasterPatriot,” Squire told Hatewatch by email. “It is alarming that the Lancaster Patriot Facebook Page has apparently not been through even a minimal identity verification process, despite promoting a Russian-developed site that includes code from a known malware domain and running un-vetted political advertisements 42 days before an election.”

Pennsylvania is expected to be a pivotal state in the 2020 presidential election. The Associated Press reported on Sept. 26 that Trump “has grown increasingly focused on making inroads” in the state in the election’s runup. Lancaster County is traditionally a Republican-leaning part of Pennsylvania, but it has slowly been trending more and more Democratic over time, according to reporting by Lancaster Online.

“As a writer, I am interested in exploring how this still lovely [Lancaster County] and its rich conservative heritage and traditions have come under the sway of an aggressive, and it seems to me, out-of-control liberalism,” Garrison wrote in his bio on the site. “As a Christian, the rainbow flags so common on churches and restaurants in Lancaster city confuse me, even as a newcomer. How could this have happened here? Why haven’t the community leaders who should know better stood against this? Their predecessors must be turning in their graves.”