Metzger, who went bankrupt after being successfully sued by the Southern Poverty Law Center in 1990, passed away Nov. 4 in Hemet, California. He was 82.

Metzger’s website, resist.com, announced the death, but did not give a cause. Obituaries also appeared Nov. 10 in The San Diego Union-Tribune and the Times of San Diego. 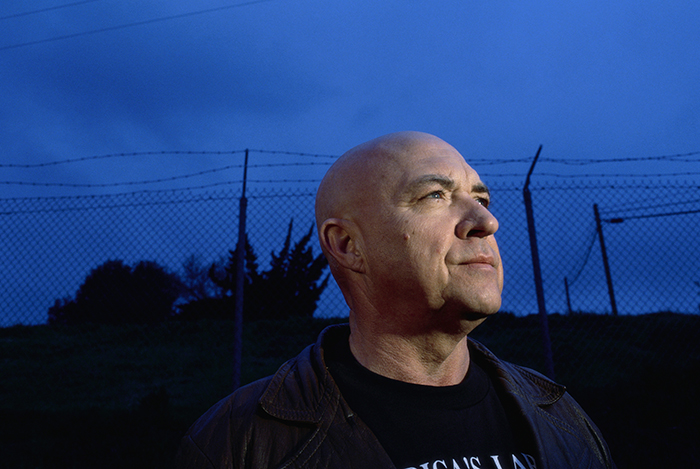 SPLC successfully sued Metzger and his organization, White Aryan Resistance (WAR), in connection with the 1988 murder of Ethiopian college student Mulugeta Seraw. Mulugeta, who had a young son, was killed by three racist skinheads. A jury agreed with SPLC’s argument that the skinheads were recruited at Metzger’s behest.

Elden Rosenthal was a civil rights lawyer practicing in Portland in 1989, when SPLC cofounder Morris Dees approached him about serving as co-counsel during the Metzger suit. “My father was a refugee from Germany just before World War II,” Rosenthal told Hatewatch in a phone interview. “This was the whole reason I’d become a lawyer, this was it.”

Rosenthal recalled that although Metzger employed legal counsel, he spoke on his own behalf in front of the jury, and he spared no detail about the depth of his racist, xenophobic and antisemitic beliefs. “He wanted the stage. He wanted a chance to get up in front of the public,” Rosenthal said. “There was no shame about him.” The jury awarded Mulugeta’s family $12.5 million, money Metzger was paying in installments for two decades after the verdict. The lawsuit crippled his ability to organize effectively, though he continued to produce racist propaganda for the rest of his life. Rosenthal now serves on SPLC’s Board of Directors.

Metzger’s involvement in the organized white power movement goes back nearly 50 years, when he joined David Duke’s Knights of the Ku Klux Klan and later became the California state leader. 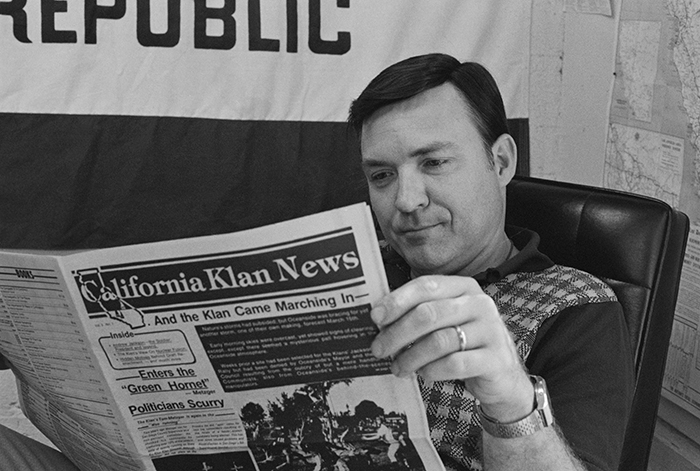 Tom Metzger looks at a copy of his California Klan News publication in 1980. (Photo via Bettman/Getty Images)

After splitting with Duke in 1980, Metzger formed WAR.

Over the next decade, WAR became one of the most influential groups in the U.S.-based white power movement. Metzger openly advocated for racial violence and was among the first leaders in the U.S. hate movement to recruit young skinheads using hate music. He organized the first hate music concert held in the United States in 1988 in Oklahoma.

Metzger sent a WAR recruiter to Portland, Oregon, in 1988 to organize the racist skinhead presence there – an effort that culminated in the murder of Mulugeta Seraw.

Metzger never recanted his racist views, and stayed active in the hate movement, hosting a podcast, maintaining his WAR website, and appearing at right-wing and racist events.

Email messages left for the webmaster and merchandise director of Metzger’s website were not returned.

The FBI searched Metzger’s home in 2009 after two brothers were accused of conducting a mail bomb attack that resulted in injuries to the Scottsdale, Arizona, Office of Diversity and Dialogue director. Two other people were also injured in the explosion.

While he was active on Twitter and the right-wing social media site Gab, Metzger’s influence on the movement waned in recent years as he moved from California to Indiana and back to California.

“Metzger’s death closes a sad chapter in Portland’s history,” Rosenthal wrote in an email to Hatewatch. “His message of white supremacy, unfortunately, continues to gnaw at the foundation of the American ideal.”