White supremacists and neo-fascists have increasingly embraced DLive as a streaming alternative to YouTube, partly because its content seldom undergoes any rigorous degree of moderation. A man named Charles Wayn founded the site in December 2017. Hatewatch has attempted to contact Wayn but has so far been unsuccessful. DLive is now owned by the peer-to-peer file sharing service BitTorrent, which is run by a man named Justin Sun. 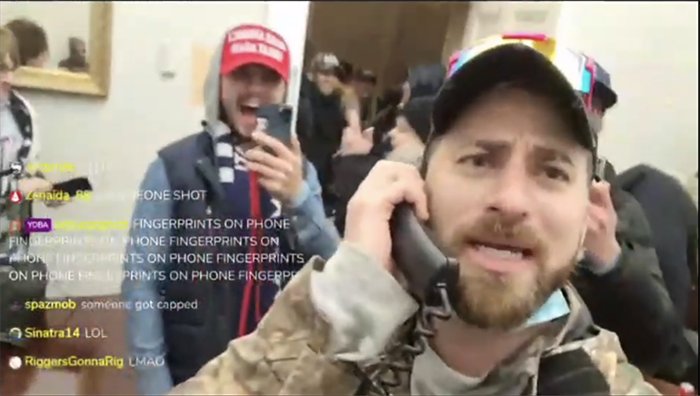 DLive has paid out hundreds of thousands of dollars to extremists since its founding, largely through donations of cryptocurrency built into a service provided by the site. Hatewatch reported in November that white nationalist Nick Fuentes, who has featured prominently in the so-called Stop the Steal protests that led to Wednesday’s breach of the Capitol building, has generated money through DLive at a pace that matches a six-figure salary. Other prominent extremists, including a man who corresponded with the terrorist who murdered 51 people in Christchurch, New Zealand, in March 2019, also bring in donations of cryptocurrency through the site.

Here’s what you need to know about DLive and how it was used by extremists during Wednesday’s breach of the U.S. Capitol building, and also by the Stop the Steal movement, which seeks to overturn the results of the 2020 election.

How many DLive accounts livestreamed on Wednesday during the protest?

Hatewatch documented at least five DLive accounts that streamed Wednesday’s protest in Washington, D.C. More accounts may have livestreamed the protest event, but Hatewatch determined that accounts called “Murder the Media,” “﻿Loulz,” “Woozuh,” “Gloomtube” and “﻿Baked Alaska” did so. Baked Alaska breached the Capitol building, but Hatewatch cannot determine whether the other four streamers did.

Who is Baked Alaska and what did he do? 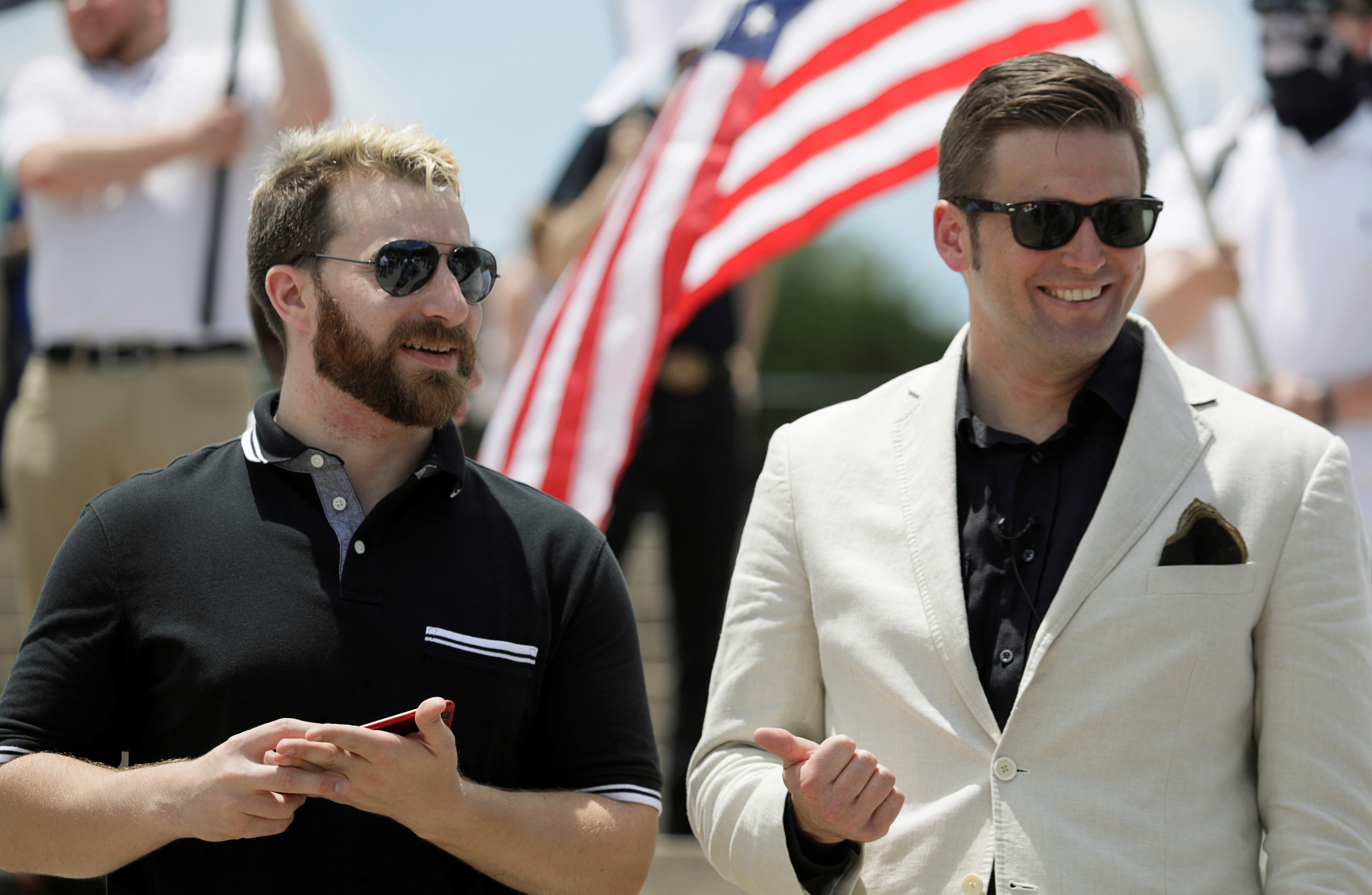 Activist Tim Gionet (left), who goes by the name "Baked Alaska" on the internet, talks with white nationalist leader Richard Spencer as self-proclaimed white nationalists and "alt-right" supporters gather for what they called a "Freedom of Speech" rally on the steps of the Lincoln Memorial in Washington, D.C., June 25, 2017. (Photo via Reuters/Jim Bourg)

Baked Alaska is a far-right extremist named Tim Gionet who marched in the white supremacist contingent of the “Unite the Right” rally in Charlottesville, Virginia, in August 2017. Formerly a contributor to the news and entertainment website Buzzfeed, Gionet built his brand around livestreaming stunts where he confronts strangers in public, often in an effort to shock them. Major social media platforms including YouTube and Twitter have suspended Gionet for violating their terms of service.

Gionet livestreamed Wednesday’s protest on DLive and during the stream recorded himself breaching the Capitol building. At one point, Gionet livestreamed from Nancy Pelosi’s office. Gionet picked up Pelosi’s telephone and mugged for the camera. A male accomplice in a “Make America Great Again” hat could be seen in the frame behind Gionet appearing either be livestreaming or take pictures. A DLive user posted, “FINGERPRINTS ON THE PHONE” as an apparent warning to Gionet of the potential legal implications of what he was doing as the stream was taking place.

Did Baked Alaska receive donation money from DLive viewers during this event?

How much donation money did Gionet make?

Hatewatch was unable to determine precisely how much money Gionet made during his livestream on Wednesday because some of the streams were removed. Megan Squire, a professor of computer science at Elon University who has focused on how white supremacists use social media platforms such as DLive to spread hate and make money, calculated for Hatewatch that DLive users tipped Gionet at least 229 different times. Gionet pulled in at minimum $222 during the afternoon’s events, according to Squire’s calculations. Squire told Hatewatch Gionet likely received significantly more donations, but since the evidence of his streams was removed from DLive, it was unclear how much more he had earned.

The amount Gionet received also does not include money taken from Gionet’s donations by DLive itself.

Did DLive make money off of the livestreams from Wednesday?

Yes. DLive takes 25% from every donation. ﻿From the share taken by DLive, 20% goes to the platform itself. 5% is redistributed to other DLive users in a system called "staking".

How else have extremists seeking to overturn the results of the 2020 election used Dlive? 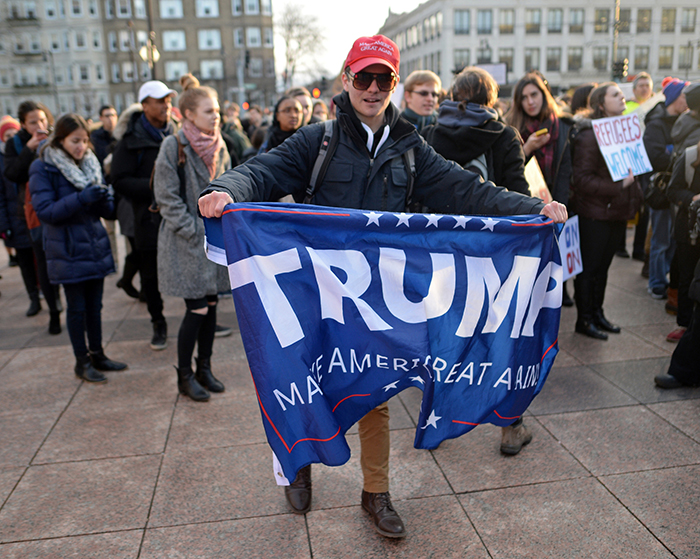 White nationalist livestreamer Nick Fuentes has promoted and attended Stop the Steal demonstrations since their onset, immediately following the election. Fuentes has appeared at these events speaking in front of large crowds of his fans. He has used DLive to spread conspiracies about the 2020 election and stump for fascism, claiming that he wanted to give Trump a Hitler salute and praising Mussolini.

Twitter also allows Fuentes to use its service and even gave him a verification badge, which critics argue bestows him with an appearance of authority on that platform.

How much money has Nick Fuentes made on DLive since the 2020 election?

DLive donors gave Fuentes a whopping $43,822.86 in just the last two months of 2020, according to Squire. That calculation includes money given to Fuentes in the final days leading to the election and the weeks after it, and is a net total accounting for the 25% DLive also subtracted from Fuentes’s donors.

Has DLive issued a statement about Wednesday’s violence at the Capitol?

DLive tweeted about its policies on Wednesday but did not explicitly mention the violence in Washington, D.C.

“DLive does not condone illegal activities or violence,” the company’s Twitter account posted hours after Trump’s supporters stormed the Capitol.