Former Democratic presidential candidate Andrew Yang will speak Saturday about his new Forward Party and creating political coalitions at the 2022 FreedomFest in Las Vegas, which will feature far-right libertarians with ties to white nationalists and antisemites. 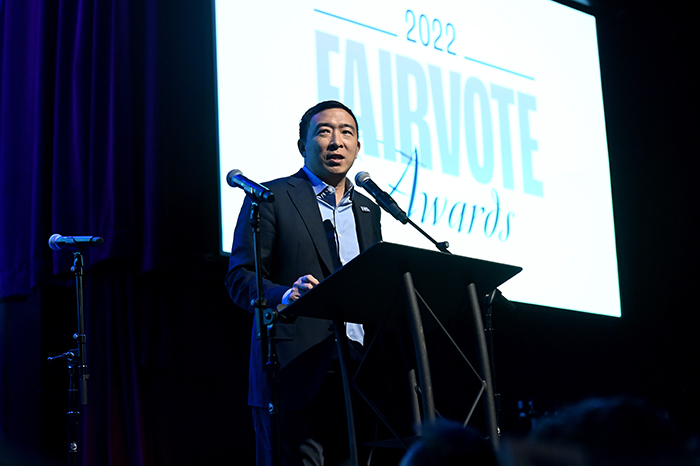 Andrew Yang speaks during the 2022 FairVote Awards at City Winery on April 11 in New York City. (Photo by Noam Galai/Getty Images for FairVote)

FreedomFest, which begins today, is a yearly festival that bills itself as “an open-minded environment” that is “independent, non-partisan, and not affiliated with any organization or think tank.” But the festival skews towards libertarians and other members of the liberty movement, portions of which belong to the extremist antigovernment movement. It is sponsored in part by Epik, a web hosting company that has provided services to neo-Nazi and white nationalist websites.

A group of antigovernment sheriffs who believe they have the power to ignore laws they deem unconstitutional is also expected to be there.

The conference was set to host white nationalist holocaust denier Nick Fuentes and air his short film “The Most Canceled Man in America.” Organizers booted Fuentes after taking a “deeper look” into his ideology, the Daily Beast reported.

Still, some libertarian speakers belonging to the Mises Caucus, a far-right group that won control of the Libertarian Party in May, associate with far-right figures. Dave Smith, a comedian and Mises Caucus member who now runs the party’s social media, is a featured speaker at FreedomFest. Smith and Fuentes have appeared on each other’s podcasts at least three times. Smith has called Fuentes a “fellow traveler.”

Yang was a Democratic candidate in the 2020 presidential election. He won support from a broad political swath of the electorate, including right-leaning fans of former President Donald Trump. Yang has since founded the Forward Party, a political action committee that does not position itself on the right or left of the political spectrum. It offers “common sense” reforms like congressional term limits. The Forward Party has so far set up one state affiliate party in Minnesota. 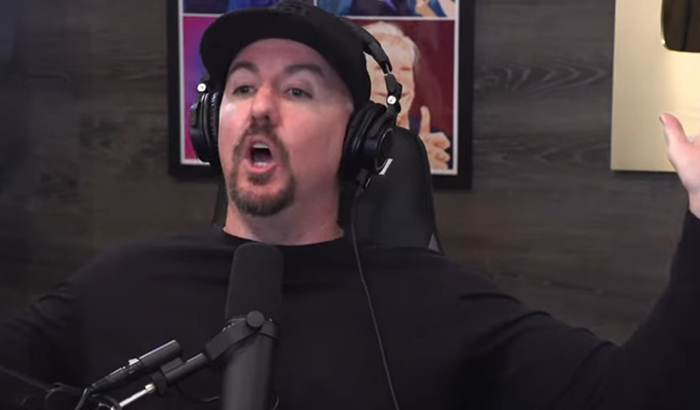 Another Mises Caucus-linked speaker, Clint Russell, is a host of the “Liberty Lockdown” podcast. Russell started the podcast in May 2020 to push against COVID-19 lockdowns meant to stop the spread of the virus.

Russell has appeared alongside Ryan Dawson, a Holocaust denier and self-described journalist who combines criticism of Israel’s occupation of East Jerusalem, the Gaza Strip and the West Bank with antisemitic tropes.

In one video that garnered widespread criticism, Dawson claimed Jewish people are responsible for communism, pedophilia, wars and more. He then said, “And for no reason at all, they elected Adolf Hitler,” referencing the Nazi government that oversaw the Holocaust.

The video originally featured a thumbnail image of Zyklon-B, the gas Nazis used in death camps to kill millions of Jews in the Holocaust. 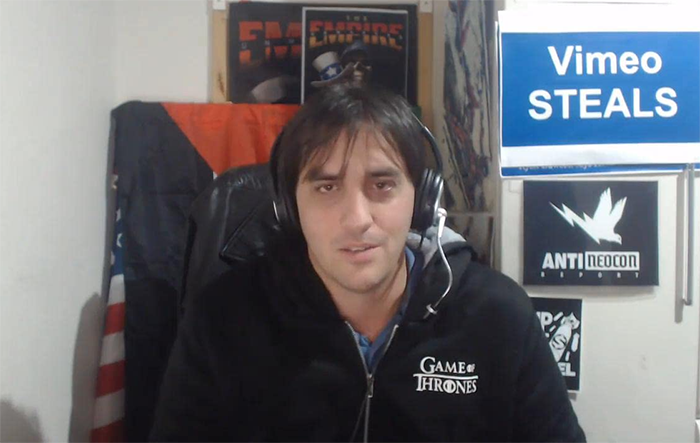 Dawson denied this to libertarian Reed Coverdale, a Mises Caucus supporter, podcaster and one of Russell’s collaborators.

On Coverdale’s “Naturalist Capitalist” podcast, Dawson said the thumbnail of Zyklon-B belonged to another video and claimed his antisemitic accusations were aimed at Zionists.

The festival lists “Naturalist Capitalist” as a “Media/Anthem/Livestream sponsor” at the 2022 FreedomFest.

Sheriffs, podcasts and a legal foundation 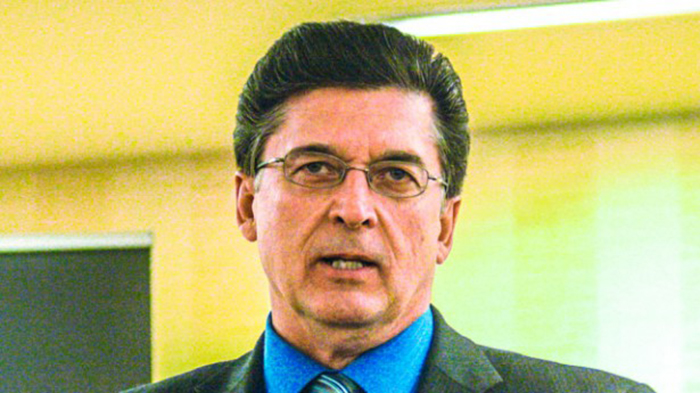 CSPOA claims counties and their sheriffs have the authority not to enforce rules from the federal government that sheriffs view as unconstitutional. Mack originally spread this thought through the Tea Party and antigovernment movements. COVID-19 lockdowns helped spread this ideology further.

Mack and CSPOA will take part in two panel sessions on July 14, according to the festival’s agenda.

The 10th Amendment is the foundation of the constitutional sheriff ideology. The first session is titled “The Greatest 10th Amendment Decision Ever Rendered: Will Citizens Back Their County Sheriff?”

The other is titled “2000 Mules: ‘Law Enforcement Has to Step In At This Point!’ – Will Sheriffs Investigate?” CSPOA held a press conference in Las Vegas on July 12 where the group called on law enforcement to investigate election fraud in the 2020 election. Their call to action is based on claims made in the Dinesh D’Souza movie 2000 Mules, which is based on unfounded, conspiratorial notions about voter fraud in the 2020 election known as the “big lie.”

The Loving Liberty Network, a distributor of podcasts, some hosted by extremists, is an exhibitor at this year’s festival. CSPOA sponsors the network, which includes Sam Bushman’s “Liberty Roundtable” podcast that is also featured on its own Liberty News Radio network. Bushman has interviewed antigovernment extremists such as Mack.

The anti-conservationist Mountain States Legal Foundation (MSLF) is an exhibitor at this year’s event. MSLF’s general counsel, Will Trachman, will sit on a panel review of the Supreme Court, according to the organization’s website.

Critics blasted MSLF for the anti-Indigenous writings of their then-director William Perry Pendley in 2020, when he was the Trump administration’s nominee for Bureau of Land Management director. Pendley wrote in his 2006 book Warriors for the West that due to declining “blood quantum,” laws that recognize indigenous people based on fractions of their ancestry, “recognized tribes may soon be little more than associations of financial convenience.”

FreedomFest has been a major festival for libertarians and their allies for years. Not all speakers have links to antigovernment or other extremists. Editors from Reason, a libertarian-focused news outlet that reports on the Libertarian Party and mainstream politics, will appear.

FreedomFest organizers did not respond to Hatewatch’s request for comment.